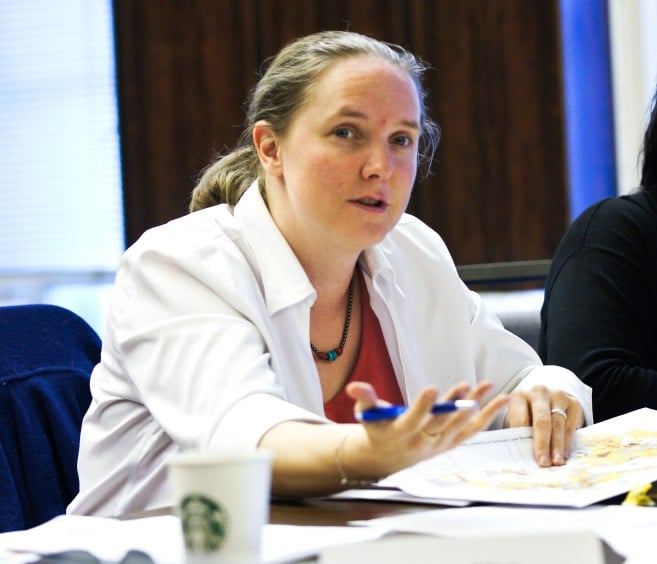 City of Madison Mayor Satya Rhodes-Conway announced changes in July aimed at increasing the quality of life on State Street, and local officials and organizations are routinely pitching in on the effort.

Rhodes-Conway and her staff are working to target criminal behavior, help the homeless and reduce the amount of people who loiter by increasing police efforts and implementing environmental changes.

These changes include putting fencing around big potted plants to prevent visitors from sitting on them, temporarily removing benches and limiting electricity from outlets. The behavior being targeted is occuring at the intersection of State Street and the State Capitol, according to the Wisconsin State Journal.

The issues at the top of State Street happen every summer, but now there appears to be a higher number of complaints than in the past. Most of the complaints are about disorderly conduct and menacing panhandling, Ald. Michael Verveer said in an email.

Alder Paul Skidmore said there is more than a one-answer solution and that the mayor’s efforts are not enough. The key to changing the culture around State Street, he said, is to target behavior.

“I don’t think students or anyone else [are] safe after dark,” Skidmore said. “People are highly intoxicated, people come down to prey on them, there are fights and assaults.”

Freedman said the police department has made it their priority to reduce late night violence and problem behaviors, including property damage, sexual assault and firearms offenses.

“This has a significant impact on students who are going out for a drink or walking home late,” Freedman said.

Not all the people who choose to camp out on State Street are homeless, Freedman said. Some people live there because their chosen lifestyle involves panhandling, obtaining drugs, engaging in prostitution or drinking alcohol, he said.

Freedman added that the police department and mayor’s office are working to connect the homeless to mental health and housing services.

Downtown Madison, Inc. is one of the organizations that is teaming up with the mayor and her staff to implement these changes. Downtown Madison, Inc. “works through advocacy, research, planning, and community action to create and sustain a healthy and vibrant downtown for all people,” according to their website.

President Jason Ilstrup said the organization is looking for short and long term solutions that would make the area an enjoyable place for everyone.

“The mayor’s plan is a good first step, but finding solutions will be a long process,” Ilstrup said.

Ilstrup said those who are participating in criminal activity aren’t being held accountable because the City of Madison Police Department is understaffed and prosecutors simply can’t prosecute all the offenders. This makes it easier for people to commit a string of crimes.

Ilstrup suggested hiring a community prosecutor and implementing a Downtown 100 program, which has been successful in Minneapolis. This is a “holistic prosecution program launched through an innovative partnership between public, business, non-profit and neighborhood groups, seeking to reduce crime, while addressing the underlying needs of the offenders to achieve longer term improvements,” according to the City of Minneapolis Attorney’s Office.

“There are not significant consequences for big or small actions,” Skidmore said, adding people who commit repeated offenses downtown should be banned from the area. He also suggested extra patrol officers between midnight and 3 a.m.

The mayor suggested pop-up businesses in empty storefronts on the 100 blocks of State, North Carroll and West Mifflin streets, to prevent people from sleeping or storing their belongings in these locations, according to the Wisconsin State Journal. Ilstrup agreed, adding that pop-up stores in the past have been very successful.

“This is a great way to incubate different retail ideas and increase the quality of life,” Ilstrup said.

Freedman also said that grants only go so far in hiring efforts and changes to the budget need to be made.

“I would like to see a much-reduced need for police presence on State Street,” Freedman said. “The goal is to believe State Street is a safe, well-functioning, drama free area so that the police can go to other places that are more in need.”