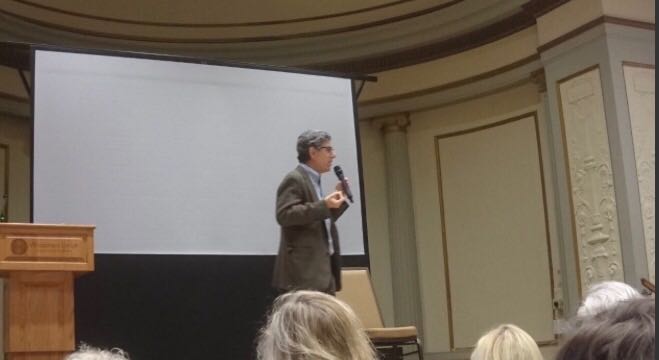 Davidson is a professor of psychology and psychiatry at UW and the founder and director of the Center for Healthy Minds, which aims to “cultivate well-being and relieve suffering through a scientific understanding of the mind,” according to their website. 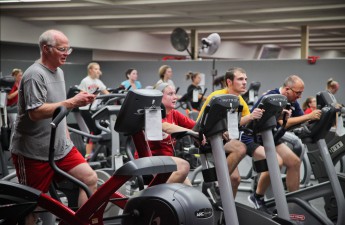 In 2006, Davidson was named one of the 100 most influential people in the world by Time Magazine.

Davidson said when he met the Dalai Lama in 1992, he was encouraged to study mindfulness and other kinds of “positive quality of mind” using the same methods Davidson had been using to study stress and depression as a psychiatrist.

“Why can’t we use the same tool to study cognizance and to study compassion?” Davidson said. “This becomes the assignment of the rest of my life.”

Davidson also talked about neuroplasticity, the brain’s ability to change in response to new life events.

Our brains change unwillingly most of the time, but Davidson said he believes we can practice to better control it.

“If we nourish our minds even for the small amount of time each day that we brush our teeth, this world would be a very different place,” Davidson said.

People can better control their mind by practicing things such as meditation, Davidson said. He added that while he does not take an anti-medication stance to treat psychiatry, these kinds of meditative practices can also be helpful.

Davidson also cited a study from 2010, published by two Harvard psychologists that found that 47 percent of people were not paying attention to what they were doing, Davidson said this number was “crazy.” This lack of attention can be improved through the use of meditative practices, Davidson said.

“It’s a serious national problem and we talk about our fiscal debt I would contend that the attentional deficit in this country actually exceeds fiscal deficit, but this is something that we can actually do something about so let me end by inviting [you all] to be a part of this movement,” Davidson said.