Despite being hosted by the Madison Debate Society, the candidates were largely in agreement on how they would improve Madison, namely by expanding public transportation, increasing the city’s affordable housing stock and making the campus and city safer.

“Affordable housing is the biggest thing that impacts everybody,” Mitnick said.

Returning to the concept several times throughout the debate and even drawing a graph on a chalkboard at one point to illustrate how it works, Mitnick explained that the city could take excess funds from business property taxes and divert them to an affordable housing fund. That money could then be given to developers to subsidize the construction of affordable housing units that would charge less than $500 a month for rent.

Reddy agreed, adding that a rising student population and a lack of housing have made it difficult to find housing in general, let alone affordable options — a setup which has led many students to sign leases considerably early.

“Personally, I know that I signed my lease for next year in October,” Reddy said. “This is crazy. I have friends that go to other colleges that sign their leases in December.”

The two diverged on whether more expensive high-rises should be built, however.

Mitnick said the market currently incentivizes the construction of expensive, high-end apartment buildings. He was glad to see one proposal — a 12-story apartment complex that would have charged $2,000 a month for rent — get rejected. 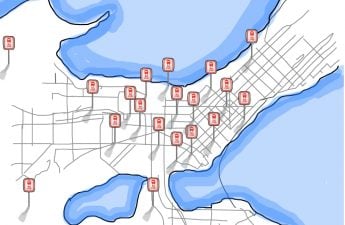 Reddy, while agreeing affordable options were important, stressed that more housing needs to be built.

“Shooting down housing ideas is not going to help this district,” Reddy said.

Both candidates suggested a direct connection between better transportation and improved safety.

For students studying at night or working late shifts, especially for ones that can’t afford an Uber or alternate forms of transportation, Reddy said the Route 80 Metro bus line should run all night. She also supports a Bus Rapid Transit system — a quicker and more efficient bus route currently being studied by the city.

Mitnick also wants to see BRT become a reality, saying it would not only make Madison safer, but also bring together constituents from all across Madison and surrounding areas. 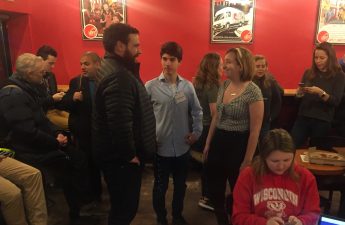 As a woman, Reddy said public safety has always been very important to her.

“Since I was little, I’ve always been taught to do things like carry a key between my fingers when I’m walking home so I don’t get attacked,” Reddy said.

Late night bus transportation, a better relationship between students and police, and medical amnesty — the right for an intoxicated person to call the police and not be fined or jailed — were Reddy’s primary solutions to safety issues on campus.

If elected, Mitnick said he would act as if his constituents were his boss by listening to their desires and needs and then working to make them a reality.

An avid runner, Mitnick said he takes routes around Madison to get a better sense of the city and its constituents — even running 22 miles once to visit a watershed.

Reddy stressed the importance of women having a seat at the table. She would be the first woman in 26 years to hold District 8’s seat, and the first woman of color to do so.

The election will take place April 2.