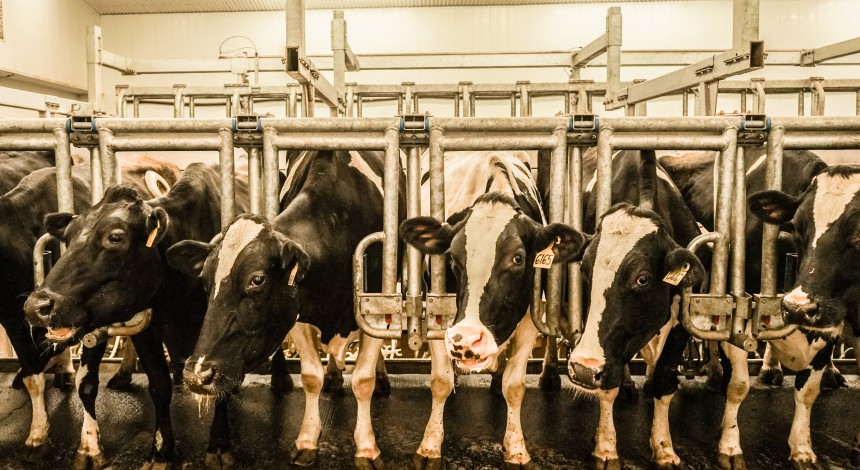 Farmers and community members met Wednesday to discuss what food and agricultural policies they would like to see in Wisconsin.

The discussion was the most recent installment of Food and the Wisconsin Idea’s monthly discussions on food systems.

UW undergraduate Chloe Green moderated the discussion and said they chose to focus on agriculture policy because so many local farmers are suffering due to the low commodity prices in Wisconsin.

Throughout the talk, many solutions were suggested, including raising property taxes for high-end houses, having farmers prioritize the accounting side of agriculture, creating emergency loans for farmers and providing grants for farmers.

Lloyd and Daphne Holterman, who graduated from University of Wisconsin with degrees in the College of Agriculture and Life Sciences, now run a 940-cow dairy operation in Jefferson County. The two returned to campus to explain some of the issues they see affecting Wisconsin agriculture.

“The U.S. runs on cheap food and cheap energy,” Lloyd Holterman said. “When everything’s cheap like right now, the general economy does great, but it puts a world of stress on the people producing the commodities that are cheap.”

Lloyd Holterman said a positive policy change that would help farmers would be environmental regulations that focus on regulating where the pollution is coming from instead of regulating groups of people.

Municipalities don’t have the same strict environmental regulations that large farms do, he said, which means farms are often blamed for the pollution in Lake Mendota while the fertilized residential lawns surrounding the lake go unnoticed.

Daphne Holterman said she was concerned about the public perception of farmers. Many people believe farmers are not invested in water purity, she said, which is false.

“We care just as much, if not more, because we’re there, we live it, our cows and our calves have to drink that water, and we want to do the right thing,” Daphne Holterman said. “We are doing everything we can to make sure that water stays clean.”

To get more farmers, though, will require prioritizing agricultural education and getting kids interested in agriculture, Richards said.

Tatiana Maida, a manager at Sixteenth Street Community Health Center, echoed concerns about the future of the labor force in Wisconsin.

While many Mexican immigrant families traditionally worked in the dairy industry, fewer and fewer are working in the industry today as the second generation moves away from farming, Maida said. Both a cultural shift away from farming and stricter immigration policies contribute to this, she said.

“Food and agricultural policies need to look at the immigration policies because they are connected,” Maida said.

Lloyd Holterman agreed. He said the U.S. should change its immigration policies to allow more immigrants to come and work. Currently, the U.S. doesn’t have enough labor to maximize our economy, he said.

Roger Williams, a member of the Food, Faith and Farming Network, explained the stress that Wisconsin farmers are experiencing.

Williams said the Network held five listening sessions to determine what farmers were most concerned about. They found that the economic crisis in farming, transitioning farms to the next generation and providing ample labor and resources were among farmers’ top worries.

Daphne Holterman stressed the importance of discussions like this. Everyone needs to “talk to a real farmer,” she said, because an open dialogue is key to finding effective solutions.