Madison Police Department responded to reports of a man wielding a bow and arrow on the Southwest Commuter Path near N. Orchard Street early Tuesday evening.

The victim, a 19-year-old woman, was biking along the path and had to stop suddenly after a bowman cut her off, pulled back the string and pointed it at her, according to a Madison Police Department incident report. 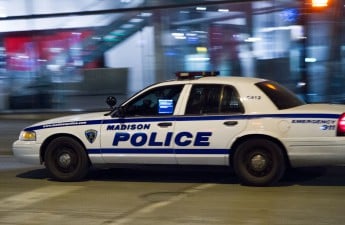 The suspect was described as a pale white male, dressed in all black and between 20-24 years old.

According to the victim, he pointed his weapon at her and pulled the string back before she screamed and pedaled away.

Officers who responded to the scene could not find an archer or any reports of one being spotted in the area.

Surveillance footage near the path did not reveal any useful information.