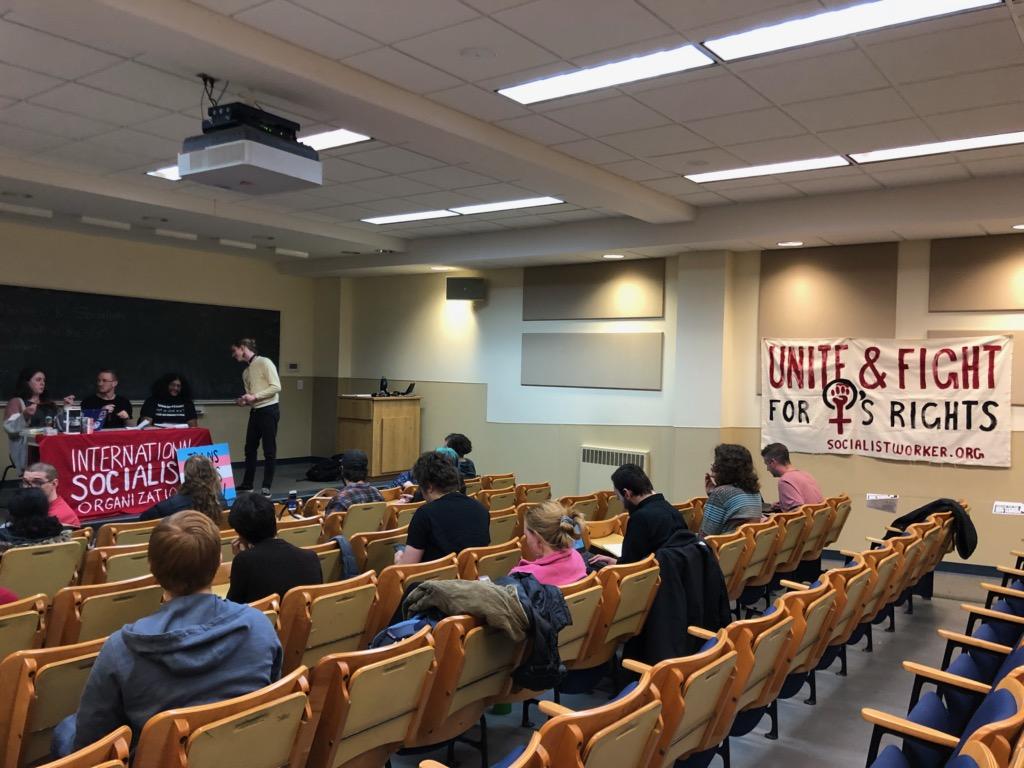 Sitting in the basement of Ingraham Hall on a cold November night, dedicated supporters of the International Socialist Organization on campus gathered, exchanging warm welcomes and friendly introductions.

The International Socialist Organization, or ISO for short, is “committed to building an organization that participates in the struggles for justice and liberation today — and, ultimately, for a future socialist society.” ISO members are dedicated to the fight for human rights in multiple contexts including condemning racism and anti-immigrant scapegoating.

The event of the evening, an analysis of Sharon Smith’s novel “Women and Socialism: Class, Race, and Capital” featured three speakers who knew the book well. 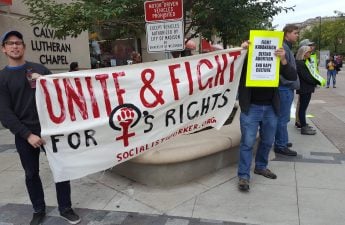 Growth of socialist groups in Madison comes amid misconceptions, confusionSocialism, as a concept in American political discourse, is often discussed but little explained. Particularly in the last year, following Read…

If you’re anything like me, you probably aren’t up to date on the true goals or intentions of socialists, but maybe are aware of their representation in the greater political makeup of the U.S. which is quite small.

This gathering of young socialists, however, was an enlightening experience in which audience members were able to better understand the minds of such peers.

The first speaker began by explaining how feminism has led us to where we are today, emphasizing that the slow burn of feminist ideologies which have been on the rise recently, exploded shortly after the inauguration of President Donald Trump. 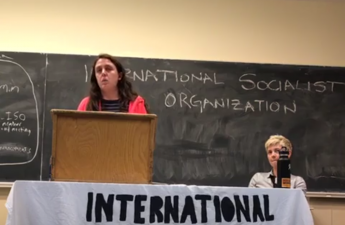 With this new administration, court cases securing abortion rights such as Roe v. Wade are potentially in jeopardy of being overturned, raising the stakes of Supreme Court Associate Justice Brett Kavanaugh’s recent confirmation.

In fact, Kavanaugh’s confirmation is one of the main reasons ISO put on their lecture series in the first place to speak out against the misogynistic tendencies our government has fostered for decades.

Through the analysis of Smith’s book, the main speakers posited the root cause of oppression in a general sense is the presence of capitalism — a hard pill for many to swallow.

While these beliefs seem rather radical, the leaders of ISO used Smith’s ideas to explain how capitalism feeds extra profits into the pockets of higher up’s and our boss’s bosses, rather than contributing to the welfare of the general public or even the labor force who produced that profit in the first place. 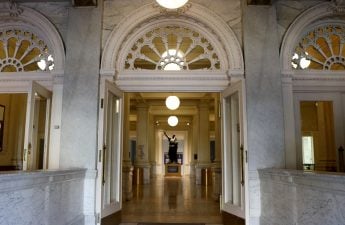 In addition to the unequal distribution of wealth, women have always been paid less than their male equivalents, even today making only 78 cents to a male’s dollar on average. This being said, binary families who choose the women as their primary source of income lose out on 22 cents to each dollar that their male counterparts receive.

In a society of capitalism, Smith’s book argues that women are forced into positions of unpaid domestic labor in order to produce children that will, in turn, become the next generation of the workforce.

Although such concepts aren’t common in traditional political rhetoric, the multiple speakers took examples from the Russian feminist movement or previous U.S. ones to argue that recreating our economic institutions is essential to ensuring all have a fair opportunity — not just those who are already at the top.

Where U.S. culture sees domestic labor and family care as a private matter, Russia began publicizing these aspects, hosting community meals and the completing household tasks as a group. This style of domestic labor takes more of the burden off of individual families, transferring responsibility onto all who benefit from properly raised children and maintained domestic households, Smith argues. 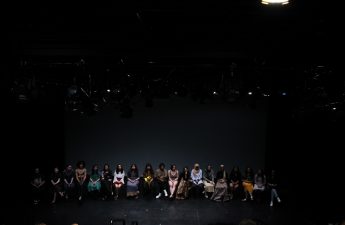 In addition to these ideas, Smith argues for a more unified, strategic feminist movement that takes into account the intersectionalities of women’s identities and doesn’t only advocate for the liberation of straight white women.

The ISO speakers echoed these calls, arguing that a strategic and united feminist movement is far more effective than many small grassroots organizations fighting only for equality under specific kinds of oppression. Smith insists that the institution of capitalism fosters the presence of many kinds of oppression, and the abolishment of it is the first step towards creating a more inclusive country for all.

While not everyone would agree with the arguments put forth by Smith’s book or the ISO’s discussion of it, the ideas and perspectives being discussed were creative, and a far cry from the over-publicized arguments of traditional political parties in the U.S.

Understanding these perspectives helps to expand our own views — creating a stronger and more educated mind which is beneficial no matter what side you’re on.