University of Wisconsin’s Associated Students of Madison approved their internal budget for fiscal year 2020 Wednesday, which included amendments within the Grant Allocation Committee and changes to the budget for recruitment drives.

ASM’s budget was brought back to the council for final approval with two changes from their last meeting.

Student Services Finance Committee reduced the ASM recruitment drive budget from $1,500 to $1,000 and the Grant Allocation Committee member funding from $14,259 to $0 Nov. 5. 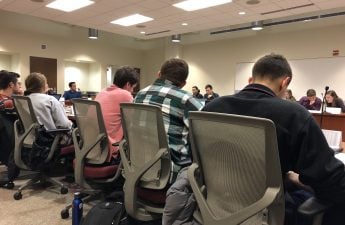 “If we look back at historical precedent, we’ve never spent above $900 over the past four years,” Swanson said. “So we don’t see the need to increase it above $1,000 when we haven’t shown the ability to spend that much money.”

GAC Chair Rebecca Graven raised an amendment for GAC members to be paid for their time on the committee, which would move the budget back up to $14,259.

Swanson, while acknowledging that their work is important, argued if ASM pays GAC members then all committee members should be paid for their work. Funding this particular committee wouldn’t benefit all students on campus, he added, and the money hasn’t enticed people to fill empty committee positions.

“It’s just not equitable for one group to be paid,” Swanson said.

Graven argued paying GAC members is in ASM’s bylaws, meaning that approving this amendment would simply be voting by their own rules. While many members of GAC are ASM members, some are not, and it’s important the recognize their hard work as well, she added.

The committee passed the amendment through a roll call vote of 10-4-3, keeping GAC member funding at $14,259. 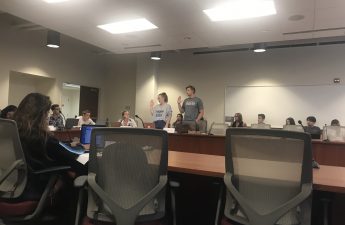 In junction with the Teaching Assistants’ Association, ASM passed a resolution that called for UW to fully cover mandatory fees for all graduate workers.

Graduate Student Rep. Ruben Moreno proposed the legislation during the last meeting. The legislation was focused on lifting the burden of segregated fees on graduate assistants, who work for UW.

Correction: A previous version of this article stated the budget amounted to $1,287,598.70. It has since been corrected to reflect the $500 reduction of the ASM budget drive, amounting to $1,287,098.70. The Badger Herald regrets this error.
Share Tweet