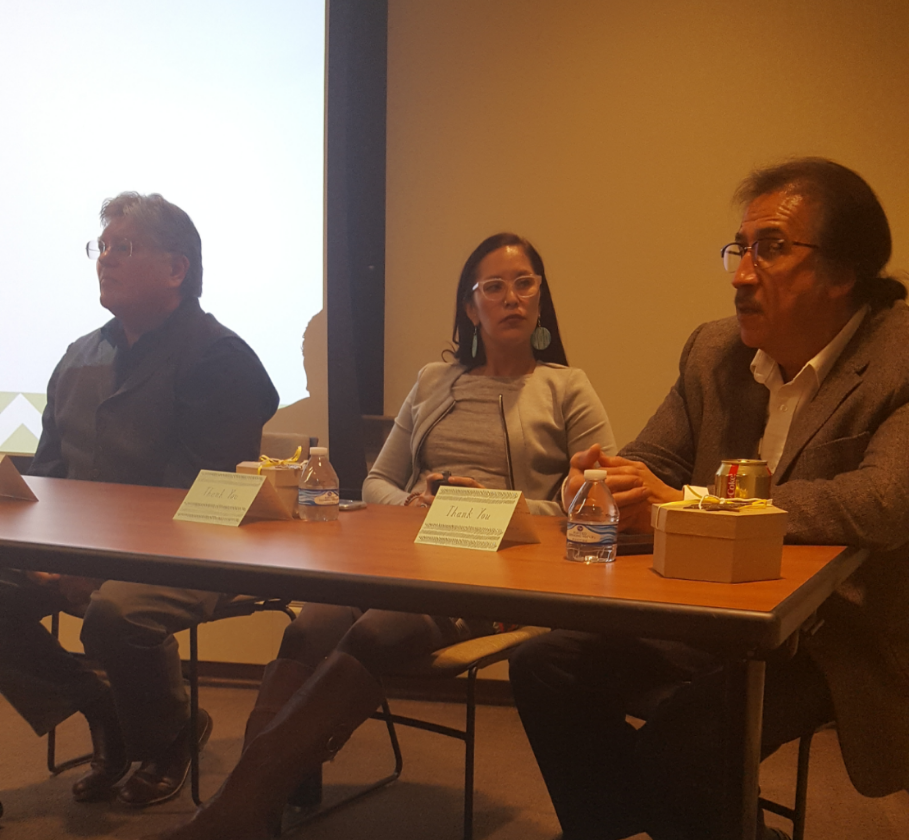 The Alpha Pi Omega sorority held a panel of indigenous alumni Thursday to hear about the Native American experience on University of Wisconsin’s campus, their cultural history and why access to resources are important for native students.

The panel discussed some of the major cultural differences between campus life and life on a reservation, and the difficulties many students face bridging these differences.

Gary Besaw, director of agriculture and food systems for the Menominee tribe, said the two cultures view time as a major difference — one which leads to difficulties for many native students. He called the cultural approach to time learned on a reservation as a “human approach” — one which emphasized a balance, taking only what is necessary from the environment or peers. When it comes to the education system, however, he described it as “regimented.”

Financial aid deadlines can be difficult and unfamiliar for these students for instance. At UW, if you miss appointments, “you’re done,” Besaw said. 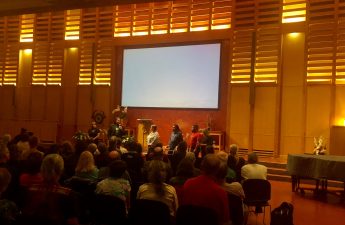 This sentiment resonated with panel attendee Mark Denning, who lost two children to suicide in 2016. After his first son committed suicide, Denning said his daughter Isabel Denning, a UW student who struggled with anxiety, reached out to University Health Services. She started seeing UHS for support not only over her brother’s death, but also over her experience being sexually assaulted.

But she wasn’t aware of some of their policies. After missing just two of her meetings — which she’d figured was a sign of subtle recovery — Denning said UHS dropped her altogether.

Denning said she was no longer able to access the resources she needed to deal with her brother’s death because the system was unfamiliar to her. Just a few weeks later, the trauma became too much and she committed suicide.

After meeting with the provost’s office about resources available for native students on campus, Denning said they were shocked and promised to “do things different” and “support native students.”

“Since 2016, what’s changed? And when my nephew asks me ‘Hey Mark, should I go to UW or another school,’ what should I tell him?” Denning asked the native students in the crowd.

He was met with silence.

Eventually, a few students brought up student groups that had helped them ease the transition into college, from Alpha Pi Omega to Wunk Sheek, UW’s intertribal student organization. Others cited their native friends as integral to the transition.

Nobody, however, brought up actions or attempts by the administration.

Sasanehsaeh Pyawasay, coordinator of native student success for the UW System and member of the Menominee tribe,  discussed the consistent shortfalls of UW’s administration when it comes to assisting native students.

“It always falls on the students. And it shouldn’t because they’re here to be students,” Pyawasay said. “And so how can we make a better space for them here?”

Pyawasay challenged the faculty and staff in the room to listen to Denning’s story and take responsibility for native students and to build better spaces for them moving forward.

“We failed in that story, and the university failed. In a lot of ways our whole society fails on occasion, and that was one of them,” Monette said. “There’s a lot of negativity to look back on, and that’s important to learn, but now let’s try to get together and build a positive campus climate.”

UW senior Veronica Laverdure suggested a cultural literacy course formatted similarly to AlcholEdu and U Got This, which incoming freshmen are required to complete. Other students suggested a conference for native students across the UW system, more events similar to Thursday’s panel and safe spaces for indigenous people to share their experiences.

Gary Besaw ended the panel by describing an indigenous view of time — as nonlinear, as a “medicine.”

“Time is a medicine, it’s not this clock stuff. You’re gonna need this medicine called time. And that’s not to forget, it’s to heal,” Besaw said. “You impact way more than you know. You’re important to way more than just yourself right now.”