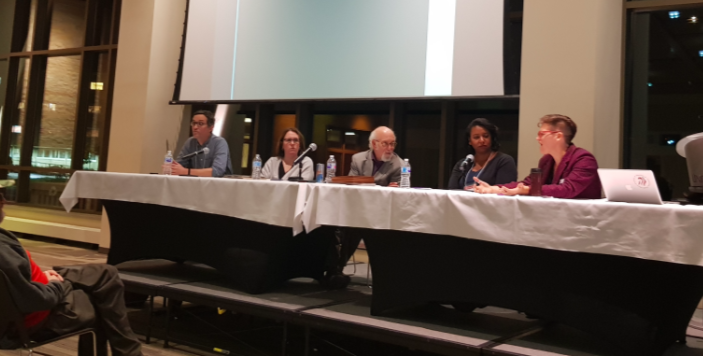 In light of the battle over monuments in Madison, specifically in Forest Hill Cemetery and Memorial Union, the Continuing Studies department of the University of Wisconsin hosted a panel of community members to discuss the meaning of these monuments.

Stu Levitan, an award-winning print and broadcast journalist and Heidi Lang, assistant director for the program and leadership development department at the Wisconsin Union, both spoke at the panel. Respectively, these members discussed the Forest Hill Confederate Rest Cenotaph, as well as the Wisconsin Union’s decision to remove the names of Porter Butts and Frederic March from room titles.

The Forest Hill monument is the northernmost confederate monument in the United States where 140 confederate soldiers were buried in 1862, Levitan said.

“The only indication that this even is a confederate monument is the reference to United Daughters of Confederacy, which was enough of an indication for the Madison [City Council] to order its removal,” Levitan said.

Levitan, who is also the chair of the Landmarks Commission, has previously fought twice against its removal, only to be overturned by City Council. 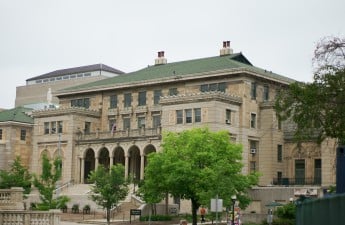 Despite what may be thought to be the meaning of the monument nowadays, it was not originally meant to signify the confederacy or slavery, Levitan said.

“Its contemporaneous meaning, its essential purpose at the time it was created was to honor the memory of Alice Waterman and her boys,” Levitan said.

Lang shed more light into the Wisconsin Union’s decision to erase the names of the union rooms named after Porter Butts and Frederic March, after evidence surfaced that the former UW students these rooms were named after were affiliated with the Ku Klux Klan on campus.

The Chancellor’s Ad Hoc Committee was asked to review and evaluate the information and the actions of organizations on the UW campus affiliated with the KKK and advised the campus how they could come to acknowledge their history especially regarding the values the campus strives to maintain, Lang said.

It was not exactly clear why a group of “exceptional” young men chose to affiliate with the KKK, Lang said, but the committee saw a link between the goals and purpose of the student KKK affiliates at UW and ideals that were not regarded as acceptable in other areas of the country.

Today, more and more frequently, students are called upon to keep the university accountable where officials and staff do not see an issue, as students were the ones leading the outcry over the room names, Lang said.

Though the two students went on to be prominent members of society, that doesn’t excuse their decisions, Lang said.