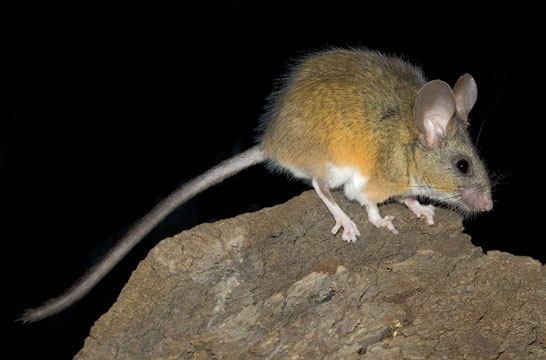 Four limbs. Warm blood. A love for cheese. And a hatred for infidelity. Although this may sound characteristic of the average Wisconsinite, the previous is actually also true for the California mouse.

Experiments were designed to test how communication changes after mice have been given the opportunity to be “unfaithful” to their bonded mate.

The California deer mouse, or Peromyscus californicus, is part of only 3 to 5 percent of mammal species that practice any kind of monogamy, per research from the National Science Foundation. At UW, research on the California mouse is ongoing.

Josh Pultorak, a biology instructor at Madison Area Technical College and UW’s Wisconsin Institute for Discovery, led this research. He and his collaborators identified several types of sounds that the California mouse makes, all of which are ultrasonic — unable to be heard by the human ear unless slowed down to about 5 percent of their original speed. These include chirps — or “sweeps,” which are usually more peaceful sounds — and barks, which indicate aggression. 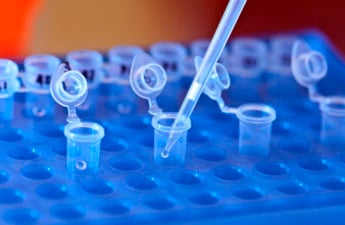 In his research, Pultorak found that for some pair-bonded mice, being separated and moved in with another mouse of the opposite gender was enough to seriously disrupt the relationship of the original pair. Some mice returned from the “infidelity experience” as if nothing had ever happened, but some returned in a state fraught with barking and aggression.

“Separation alone, the control condition, did not seem to lead to this disruption,” Pultorak said.

His research found that mice who had been given the infidelity experience and returned to a dysfunctional relationship had a lower chance of conceiving a litter than those who had not.

Part of what makes monogamous rodents so interesting to scientists like Pultorak is their potential connection to the state of human beings. Pultorak finds the question of monogamy or non-monogamy being humankind’s natural state to be fascinating, as infidelity is an integral concept within human culture.

“One of the reasons I wanted to do this study is because there are not that many animal studies that actually ask the question, ‘what is the impact, if any, of infidelity?’” Pultorak said. “With animals that are monogamous, we have the ability to answer some of those questions.”

While Pultorak was studying for his undergraduate at Miami University in Ohio, he co-published research about behavioral ecology relating to mate choice in mice, so when he came across UW professor of psychology Catherine Marler’s research about monogamy in the California mouse, he became interested. He got a position in her lab and published his dissertation on how monogamous bonds are maintained within the species.

Marler has collaborated with Pultorak and other graduate students on research about the California mouse. There are still more questions about the unique rodent species, and Marler has more ideas for future research.

For example, there are many unanswered questions about the role of oxytocin in bonding within the species. Marler plans to study the effects of the administration of intranasal oxytocin when California mice are re-introduced to their pair-bonded mates after undergoing the infidelity treatment, with the goal in mind of seeing whether or not aggression levels are the same.

Other questions consider the relationships that pair-bonded mates have with their offspring.

“If one has a good bond with their mate, it is often assumed that they will be a good parent — but we don’t necessarily know that,” Marler said.

She hopes to study the correlation between having a strong pair bond and being a good parent in the California mouse.

Additionally, the higher aggression levels between mice pairs who were reunited from an infidelity experience suggested that some of the mice had formed a new bond to the different mouse, Marler said. It’s possible that some of the bonds had switched, an outcome known as “re-bonding.”

One of Marler’s questions for the future is whether or not one mouse can maintain multiple pair bonds.

Marler said some data suggests the California mouse might not be as monogamous as is currently believed, though they are more monogamous than most species. She advised caution in drawing conclusions about humans from research about the mouse, but she believes that it can certainly provide new hypotheses about humans, as well as reinforce past research.

“Most importantly, this research can give us mechanisms to understand underlying behavior in humans,” Marler said. “But you have to be careful when you say what it can definitively tell you about humans.”