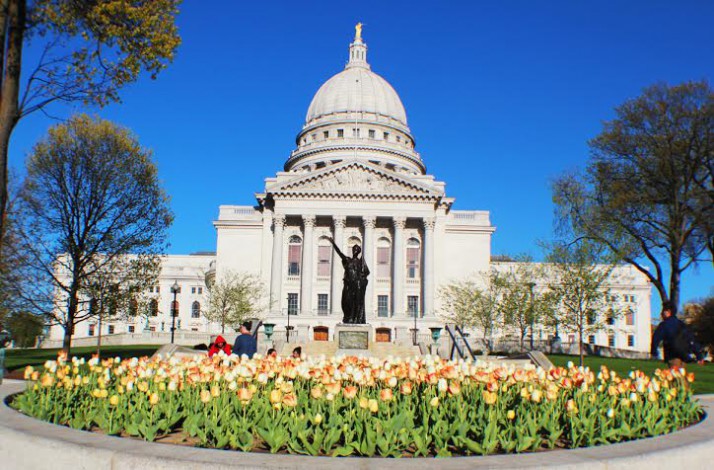 Just a few weeks out from a crucial midterm election, Wisconsin’s candidates of color have struggled to navigate through the political landscape in a state ranked among the worst for racial equality.

“One of the reasons I originally ran for Lieutenant Governor was to make sure that our elected leaders reflected the diversity of our state,” Barnes said. “I am where I am today because of opportunities that I now see disappearing, especially as segregation, racial disparities and concentrated poverty continue to persist.”

The Center on Wisconsin Strategy reported Wisconsin to be among the worst states for racial equality, and that racial disparity in the state is extreme. The study researched disparity in poverty, unemployment and educational attainment.

Beyond societal indicators and governmental disparities, it is very difficult for candidates running for political office to win when they are a racial or ethnic minority, University of Wisconsin political science professor David Canon said.

“It is getting more common for candidates from diverse backgrounds to win in white-majority districts but it is still not the norm,” Canon said. 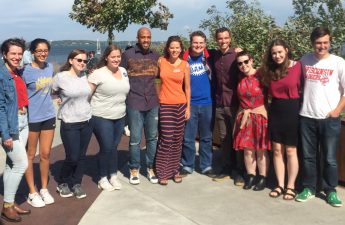 A lack of representational diversity could be attributed to the fact that a vast majority of districts in which minority candidates have difficulty winning maintain a primarily white population, Canon added.

Shelia Stubbs, a candidate for the 77th state Assembly district — one of the more diverse districts in Madison — will most likely be the first African-American from Dane County to be elected to the State Legislature this November.

Despite winning an uncontested race, Stubbs said she became a victim of racial profiling when campaigning door-to-door in a majority-white neighborhood before the primaries. After just 20 minutes of campaigning, Madison police responded to a 911 call falsely accusing Stubbs of drug activity.

“My license plate that is on the police report is all over the world and that’s scary for me and my family. I received a piece of hate mail to my house,” Stubbs said. “I chose this life, to be in the public, but I didn’t choose to be harassed.”

Stubbs has been involved in several initiatives to combat racial disparity in Wisconsin. In 2006, she ran for the Dane County Board to improve representation for Madison’s south side. She currently chairs the UW-Extension Racial Disparities Subcommittee, according to her website.

Stubbs said she would like to introduce policies to eliminate racism and hate in her district, as well as throughout the state.

GSAFE co-director Ali Muldrow said she ran for Madison School Board in 2017 to expand opportunities which students of color had otherwise been shut out of, and to make schools the equalizers of society by benefiting all students.

“[The school board] represents children and our school district is majority young people of color,” Muldrow said. “To have the school board — the people who have the most power in terms of making decisions about local education — be a majority white body of governance throughout all of our history is a tragedy.” 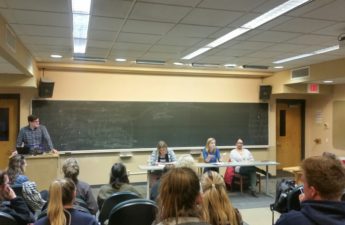 According to Muldrow, it isn’t just that the majority of people in power are white — they’re also affluent and from privileged backgrounds. As a result, Muldrow said they cannot know the issues of an average person — particularly a person of color.

But as a black woman running for a school board seat at the start of President Donald Trump’s administration, Muldrow said she was subjected to talking about sensationalized topics instead of issues in education which mattered to her and the students of color she would represent.

“I feel like [race] was in every conversation while I was running,” Muldrow said. “It made people feel entitled to […] associate with me with sensationalized elements of what it means to be a black woman in America. I ran as a candidate for school board, but I was constantly turned into this black caricature.”

After his tweet about supporting people who kneel during the national anthem was retweeted in criticism by Walker, Lt. Gov. Rebecca Kleefisch falsely accused Barnes of kneeling at the Wisconsin State Fair opening ceremony. Barnes’ opponent has since apologized.

WSJ also reported a Green Bay TV station showed a picture of Rep. Dana Wachs instead of Barnes on election night in August. Wachs was a white candidate who dropped out of the governor’s race two months prior.

While Barnes mostly laughed it off, it’s not uncommon for candidates of color to face a higher level of scrutiny, according to UW journalism professor Hemant Shah, who specializes on race and ethnicity in the media.

“Under close examination will be things like how they speak, what words they use, to what extent they portray themselves as ‘typical’ Americans, embracing mainstream values and so forth,” Shah said. 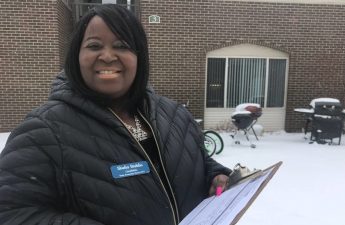 Stubbs, for example, said she felt like she needed to validate who she was and what she was doing to the police officer who approached her while she was campaigning.

Muldrow said on top of facing an incredible amount of scrutiny, aspects of her opponent Kate Toews’s qualifications were left almost unexamined — like the fact Toews sent her kids to schools that are predominantly white.

Muldrow said three school board seats are currently available. If claimed by candidates of color, the school board would include a majority of people of color for the first time in its history.

As for Barnes — he said Wisconsin is one of the worst places in the national raise a black child. If elected, he said he’ll work to change that.

“As Lieutenant Governor, I want to use the office to advocate for policies to ensure that every kid, no matter their zip code, has everything they need to achieve their dreams,” Barnes said.