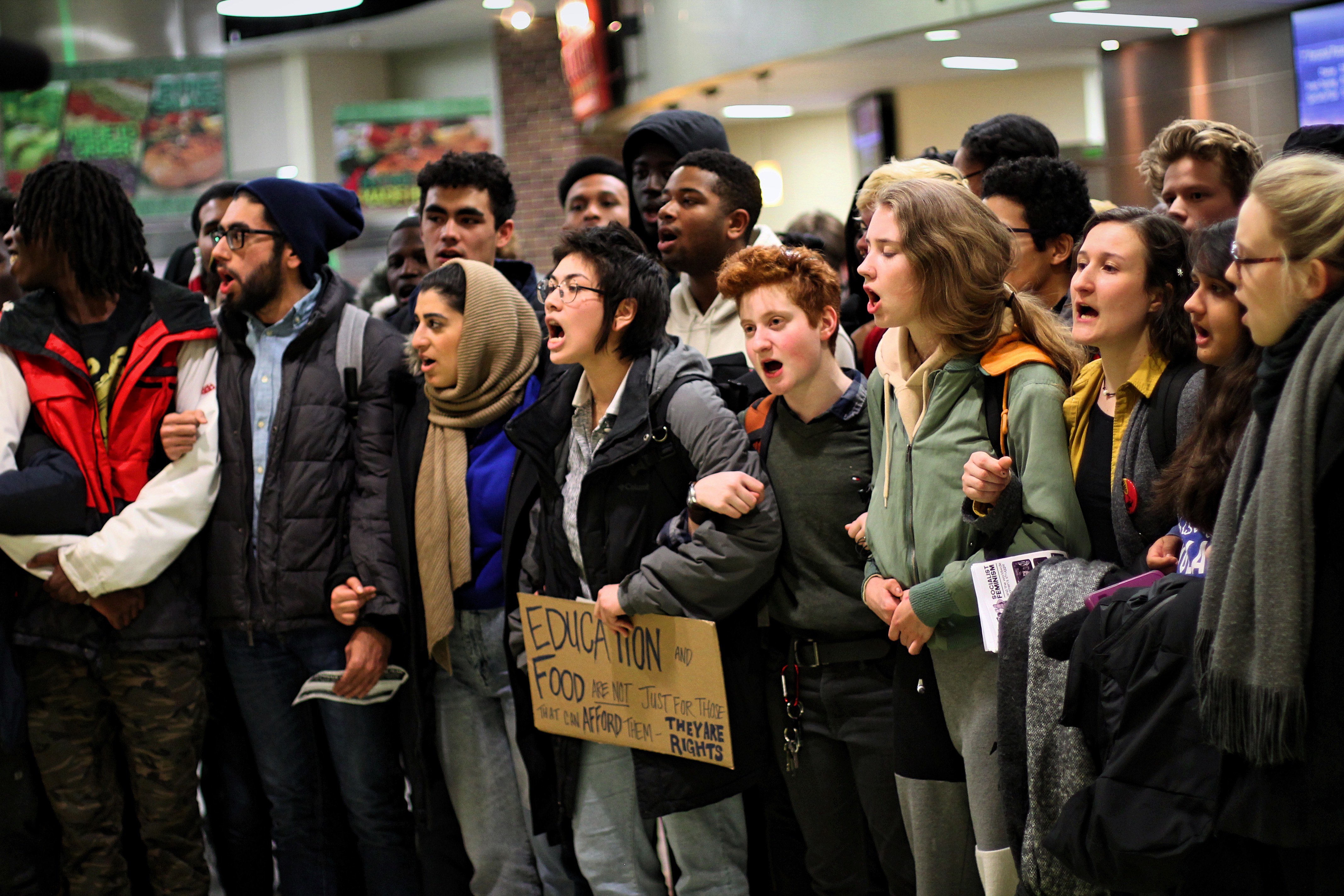 Students could run the risk of
Emily Hamer/The Badger Herald

In response to the University of Wisconsin System Board of Regents policy passed last year requiring protestors who disrupt speakers on campuses be punished with suspension and expulsion, UW-Madison recently updated its protest guidelines to delineate what protest behavior the university will and won’t consider acceptable.

The UW System’s policy left room for universities to determine what it considers “disruptive” behavior, but requires that universities suspend students who are found on two occasions to be in violation of the rules. A third offense requires expulsion.

The UW–Madison Protest Administrative Review Team, composed of campus leaders and shared governance representatives, reviewed a draft of the document in the 2018 spring semester and provided feedback, according to the press release.

In a press release announcing the updated protest guidelines, the document has two purposes: to help individuals and groups plan for peaceful events, including counter-protests and demonstrations, and defines behavioral expectations at all university-run or university-authorized activities. 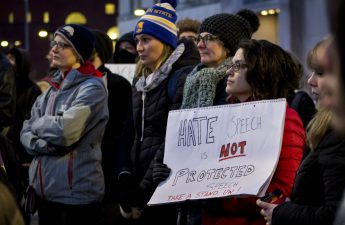 Interim Dean of Students Argyle Wade said the rules were constructed and will be applied in an “objective, non-partisan manner … equally to all groups and points of view.”

“We want students to care deeply about issues — generations of UW–Madison students have helped change history by doing just that,” Wade said. “But we also need to make sure that when students protest, they don’t impede the free speech of others, even when the views being expressed may be unpopular.”

Students from both the left and the right credited the university for clarifying its expectations of its students’ behavior, but the differences in opinion over what constitutes free speech and what doesn’t will not be resolved by these guidelines. 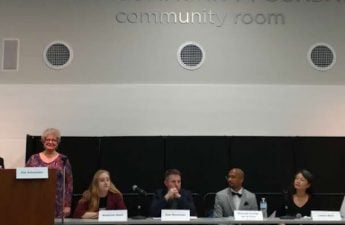 CV Vitolo-Haddad, a member of Student Coalition for Progress, said the guidelines are a way for the university to deal with a UW System policy that is “overall troubling” and “arguably a violation of people’s first amendment rights.”

Although Student Coalition for Progress was not fully formed at the time of the Ben Shapiro protests in 2016, current members of SCP helped organize the demonstrations. These protests, ground zero of the current fervor over free speech on UW’s campuses and the origination for UW System’s protest policy, are the types of protests that are necessary in public spaces – especially at a prestigious university like UW – Vitolo-Haddad said.

When a speaker on campus trumpeting both false and harmful information – be that Charles Murray and “race science” or anti-vaxxers – that speaker does not deserve publicity or a platform, Vitolo-Haddad added.

“We have people who come and their brand of misinformation isn’t just false but it’s actively harmful for our students, for our state, for the people who live here,” Vitolo-Haddad said. “And so I think if the university doesn’t protect that really important platform, then it kind of falls upon the students to regulate that themselves.” 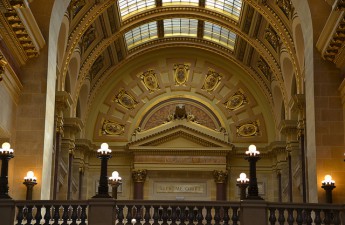 Mueth said if an individual has an audience that wants to see them talk, they should be  allowed to speak on campus.

“I do think that when you have protesters trying to end all that, or take a speaker and not allow them to speak, I think that’s a big problem,” Mueth said.

But Mueth criticized the guidelines for being vague. Although much-needed, especially after the Ben Shapiro protests, Mueth said the guidelines as is are subjective. How university authorities will interpret the guidelines and how they will enforce the rules remains to be seen, he said.

Second Vice Chair of College Democrats of Wisconsin Eliana Locke called the guidelines “unproductive.” Free speech policy should be left up to the students, she added, not legislators or administrators.

A productive university environment that fosters healthy debate does not stamp down on protests, but offers ways to challenge students experiences across campus, Locke said. From teaching freshman the history and importance of protest at UW to introducing new modules and programs for students to challenge their viewpoints, she said there are many other and better ways the university could have approached this sensitive topic.

“I think doing more things like that, like encouraging dialogue as opposed to saying you can’t protest, is way more productive,” Locke said.

Because many of the guidelines are subjective and require determining intent, Vitolo-Haddad said the rules may unfairly be applied to some people – people of color and women, namely – more than others.

For instance, authorities will have wide discretion to establish intent and interpret what “acting violently or threatening violence against people or property” looks like, Vitolo-Haddad said. This is a problem, they said, because inherent biases – be that racial, gendered or otherwise – could have a bearing.

But Vitolo-Haddad said the conflation of free speech and publicity on a public, prominent stage like UW – the first protected by the constitution, the latter not – obscures the fact that people on the left want to foster debate. UW could help do that, they added.

“I think if a speaker constitutes a truly violent ideology, the university should be able to require both sides of an issue speak,”  Vitolo-Haddad said. “Charles Murray can come, but we want a podium and a debate. That’s what they say they want, and we are ready and willing to provide it.”