Under a proposed legislation, the city of Milwaukee would be forced to continue paying discharged officers facing criminal charges.

No member of the police force may go unpaid or without benefits until the board comes to a disciplinary decision without an appeal being made. The bill also makes a number of changes to first class city fire and police departments, and the board of fire and police commissioners.

The bill passed the state Assembly in late February but has not received a vote from the state Senate.

This provision has rendered a number of public officials to speak out against the bill, including state Rep. David Bowen, D-Milwaukee.

“This unnecessary bill threatens police and community relations in Milwaukee,” Bowen said in a press release. “With a new chief of police transitioning into the role, now isn’t the time to change the dynamics of the commission.”

Concerned the bill would increase tension between law enforcement and certain communities within Milwaukee, Butler said she and the city are opposed to the bill.

“This legislation will incentivize folks who are doing bad things,” Butler said. “It will make it more likely that the community will view police officers with distrust, even when the majority  of officers are good people doing good work.”

Butler said community-law enforcement relations have been an issue as of late.

Butler alluded to an incident from 2004 in which off-duty officers severely beat Frank Jude, the perceived thief of a wallet. An investigation ensued and the officers remained on the payroll as the incident went to state trial and to the federal court, despite being uncooperative throughout the process, she said.

“No other employee in another line of work would receive pay if discharged,” Butler said.

In his statement, Bowen mentioned the shooting of Sylville Smith, which caused considerable unrest within the Sherman Park neighborhood and lead the ACLU of Wisconsin to file a class-action lawsuit against the Milwaukee Police Department. 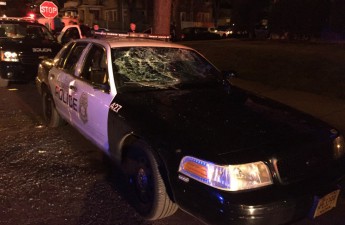 Both Butler and Bowen believe these respective incidents, among others, have contributed to distrust of law enforcement among Milwaukee community members.

“We should be careful to sustain commission as an independent body that can maintain the public trust by rewarding good officers and holding bad officers accountable for malfeasance and crimes,” Bowen said.

Mike Crivello, Milwaukee Police Association president, said the organization is “pleased” with the Assembly passing the bill and that it will benefit the Milwaukee community.

“A bill like this will create a greater level of transparency within the community,” Crivello said.

“This bill sends the wrong message to upstanding officers and the public by softening the consequences of bad behavior,” Bowen said.