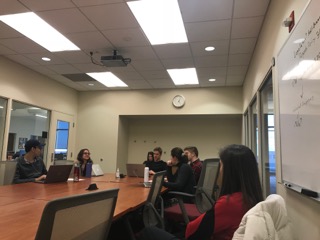 A subcommittee of the Student Services Finance Committee met Thursday evening to discuss breaking down barriers between University of Wisconsin students and accessible, affordable emergency contraceptives.

SSFC’s Reproductive Healthcare Subcommittee focused on ability to provide affordable emergency contraception to victims of sexual assault. The hope is that the recently approved $4,000 budget which SSFC granted for reproductive health services at University Health Services would allow that to happen.

Paragard IUDs are the most expensive form of emergency contraceptives, and if a less expensive option were chosen, even more victims could be helped, Landry said.

“Until we run out of the $4000 in the budget that the committee has set aside for us, [all emergency contraceptives] will be free for sexual assault survivors,” Landry said.

Landry emphasized the affordability aspect of the Paragard IUD as a form of emergency contraceptive, stating that getting an IUD from an off-campus provider can be up to double the cost of getting one from UHS.

Committee member Henry Galles expressed concerns about the $4000 budget not being enough to get sexual assault victims appropriate access to emergency contraceptives.

“If there were a shortage and there were more sexual assault victims who came to UHS, how would [UHS] prioritize the victims?” Galles asked.

Landry explained if that were to happen, the system would be first come, first serve.

The committee discussed partnering with UHS to raise awareness among all students about existing emergency contraceptive options.

“Lots of people want just Plan B, that’s all they know,” Galles said.

Landry explained in some cases, Plan B is extremely ineffective. Some forms of hormonal birth control completely cancel out the effects of Plan B. She believes it is important for students to know that other options exist.

“From a medical perspective, for UHS to support broad emergency contraceptive access for all, I’m a number one fan,” Landry said, “I cannot say that providing affordable Plan B is the best medical choice for all.”

The Reproductive Health Subcommittee plans to continue meeting and working through concerns with UHS staff as they arise.