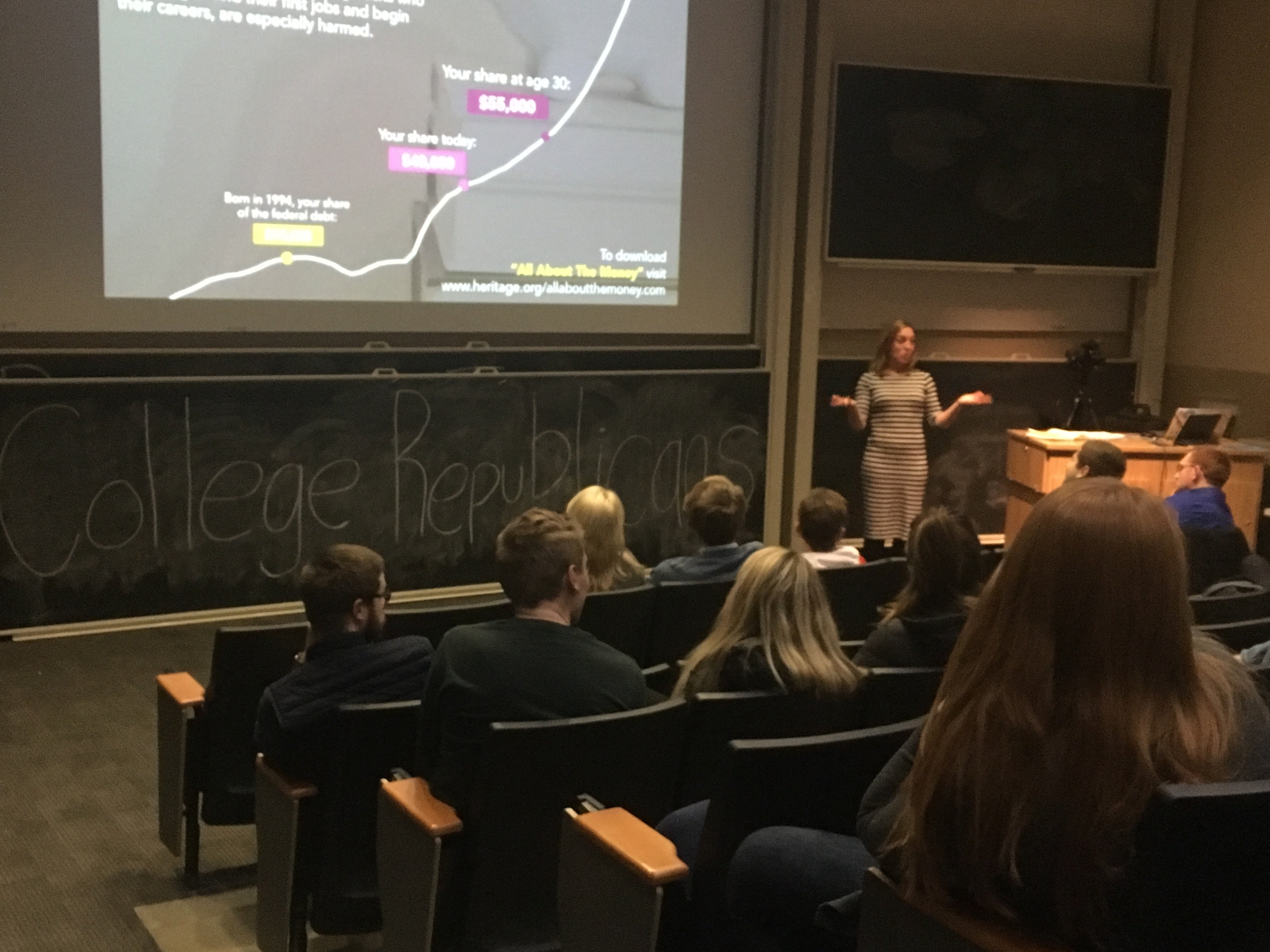 University of Wisconsin College Republicans hosted fiscal and economic expert from The Heritage Foundation, Romina Boccia Tuesday to discuss the current debt crisis and its impact on the younger generations.

While most people may not find the fiscal sector interesting, it should still be a concern to citizens because it is their money being used, Boccia said. 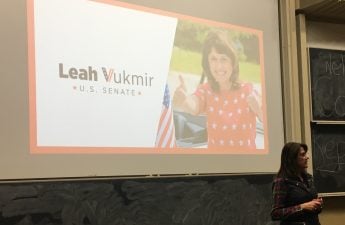 Currently, the debt levels as a percentage of gross domestic product is the same as during the World War II era, but the United States is not currently paying for a war, so that is concerning, Boccia said.

Right now, the country is paying for entitlement benefits, like Social Security and unemployment, which places a burden on future generations, Boccia said.

“Our national debt, ultimately, is a tax on future generations,” Boccia said.

Boccia said lawmakers exercise little to no fiscal restraint when dealing with spending because it is not their money and they are not always held accountable by their constituents.

“You don’t need the government to consume resources, to throw money at people,” Boccia said. “You have the private sector creating money like it’s supposed to.” 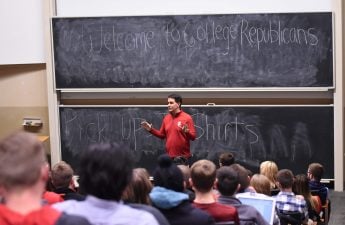 Going forward, all citizens — especially students — should call their representatives to voice their opinions, Boccia said.

Boccia also said The Heritage Foundation did a study on the number of phone calls it takes for a lawmaker seriously reconsider their stance on an issue.

“It only take 30 to 40 constituents to call about an issue to make [a lawmaker] reconsider,” Boccia said.