Lupus is a chronic autoimmune disease more common in women than in men, and especially in young women, UW professor of medicine Kevin McKown said in an email to The Badger Herald.

“The body’s own immune system attacks the body by mistake,” McKown said. “Any part of the body can be affected, but skin, joints, kidney and brain are commonly affected.”

UW Health rheumatologist Shivani Garg noticed other effects of the disease on patients during her fellowship.

As Garg built relationships with young lupus patients and noticed the patients were under stress as they were receiving treatment, the idea of the clinic began to grow.

“When I was going through my fellowship I developed a bond with lupus patients,” Garg said. “[I saw] how much social and psychosocial stress they’re undergoing and how lupus diagnosis affects a human being overall, not just physical health but mental, emotional and financial health.”

Garg said a gap exists in the treatment of the disease, as patients receiving treatment self-report poor qualities of life.

The UW Health clinic has emerged to seal that gap.

“After controlling the disease we still found that the patients are struggling through life and their quality of life isn’t that great,” Garg said. “These are young females who should not feel that way.”

Specific symptoms are often more serious and can cause permanent damage, Garg said.

“More serious problems can affect any part of the body and include seizures, strokes, myocardial infarction, inflammation or blood clots in the lungs which can interfere with breathing and loss of kidney function, leading to the need for dialysis or kidney transplantation,” McKown said. “As a group, patients with [lupus] have higher rates of depression and more difficulty with daily function and being employed.”

The clinic will offer comprehensive care to address all patient needs and provide patients with support at all levels, Garg said.

“The multi-disciplinary nature of the UW lupus clinic will improve the care of patients with [lupus] by giving them access to rheumatologists who are lupus specialists, social workers who will be instrumental in getting social, emotional and psychological support to the patients and their families, and pharmacists who will discuss their medication plans in-depth,” McKown said. 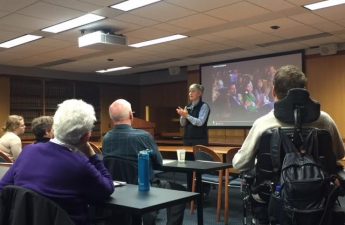 With regular treatment, many patients are able to lead normal lives with their lupus in remission, though there is still a stigma around the disease, Garg said.

Garg said the clinic will help raise awareness about lupus and the struggle lupus patients face.

“We still feel that lupus is a very well-known disease but still there is a stigma behind not telling or how to express how other people would take a diagnosis of lupus,” Garg said. “This would spread awareness and then patients would be benefited in a comprehensive manner in better knowing their disease and expressing it out and living with lupus instead of letting lupus live their lives.”

It is not only Madison residents who will benefit from the clinic’s services. Garg said the clinic serves the people of Wisconsin, as well as neighboring states.

While the clinic isn’t free, it offers resources for those whose insurance does not cover its service, Garg said. 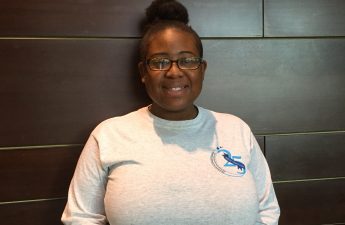 UW student paves path for stroke, epilepsy patients with brain scanning researchThough she said it can be difficult being person of color and an engineering student, Janera Allen has made her Read…

The clinic is available to UW students living with lupus, Garg said. The clinic offers flexible hours to work with with class schedules, including early morning appointments and lunch hour options.

“This clinic makes [lupus patients] manage their own symptoms and take their lives in their hands rather than just leaving it up to lupus,” Garg said.