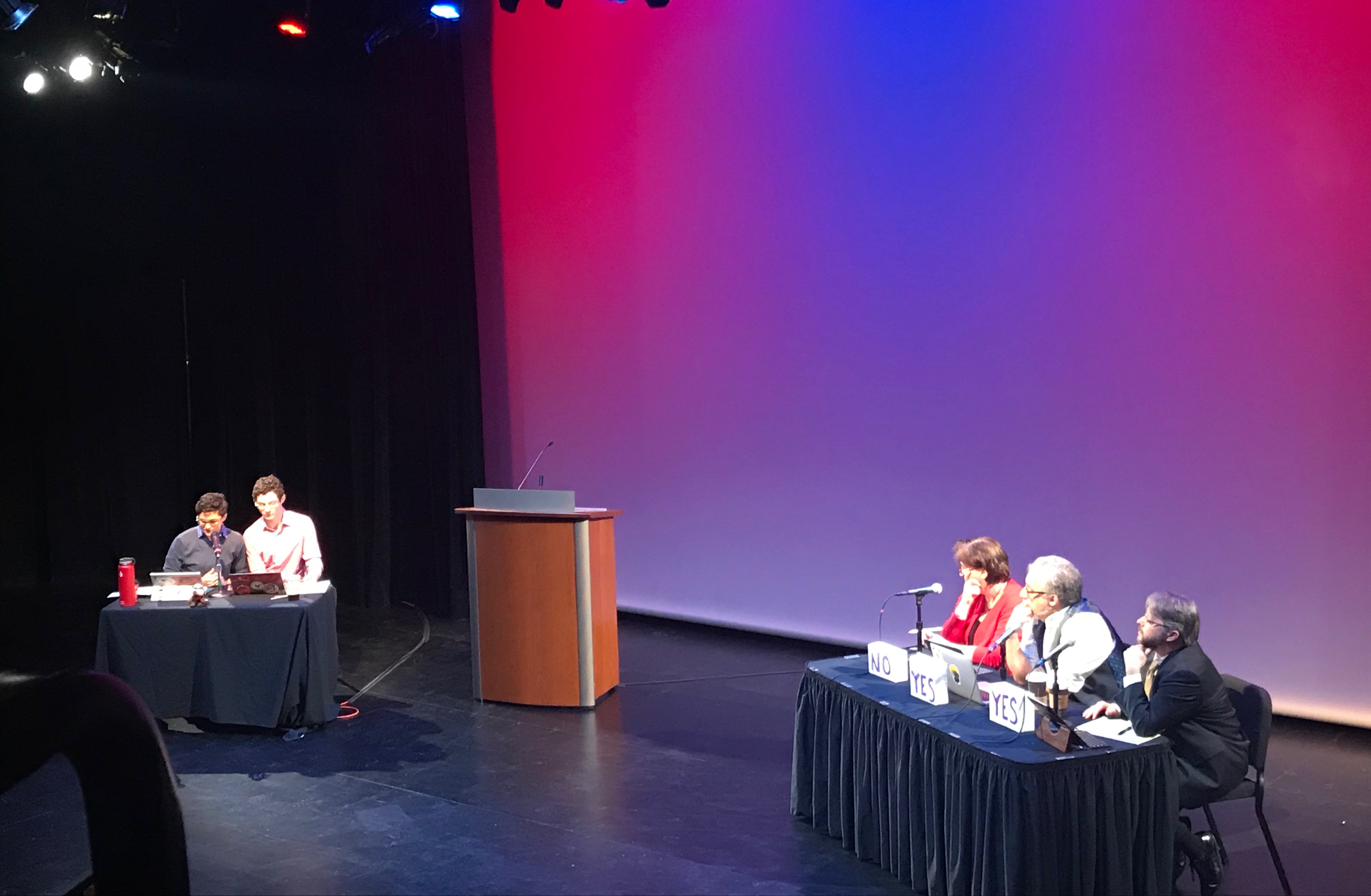 Ideas on Trial and the University of Wisconsin debate team hosted a debate regarding the free speech issues on college campuses Tuesday evening at Memorial Union.

Three UW faculty members were the featured debaters of the evening.

The major topic of discussion was whether or not the intolerance of dissenting viewpoints posed a threat to free speech on college campuses.

The intolerance of oppositional ideas is the greatest threat to free speech within a college campus, former Deputy Attorney General of Wisconsin Kevin St. John said. Students should form independent opinions on what they’re learning rather than just listen to their university because the mission of a university is not to serve students or society by telling them what they want to hear.

“Intolerance of ideas presumes that we know all there is to know,” St. John said. “What good is a university if that is the case?” 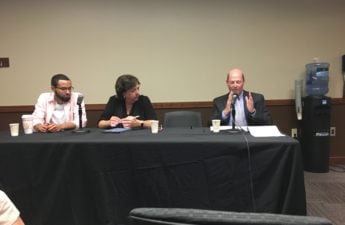 UW professor of political science and legal studies Howard Schweber shared St. John’s viewpoint but for different reasons. A university has to promote learning and teaching and is characterized by academic freedom, not the actions of individuals.

The core mission of a university takes place in offices, classrooms, laboratories and libraries, Schweber said. He believes not all opinions are equally informed and when it comes to getting an informed viewpoint, campus faculty members who are experts in their fields are the individuals who should be most trusted.

“[Competition of ideas] isn’t standing on Library Mall yelling at each other and seeing who has the most decorated sign,” Schweber said.

UW associate professor of journalism and mass communications Kathleen Culver disagreed that intolerance of ideas is the biggest threat to free speech on a college campus.

She thinks the issue runs much deeper.

There has been a fundamental change in the way university education is looked at, Culver said. She referenced her own college days, stating that when she went to school, going to college wasn’t about finding a job, but about becoming a responsible citizen.

“We as a society have changed the way we look at higher education,” Culver said.

Other topics concerning free speech included when professors cross the line from advocating a viewpoint to putting students in an uncomfortable position, and making the distinction between trolling and satirical speech.

Concern was also expressed over the number of college students who have become hardened to what offensive language actually means, Culver said. Society has gone too far in accepting what can be said.

“Speech is how we ultimately shift minds and change paradigms,” St. John said.