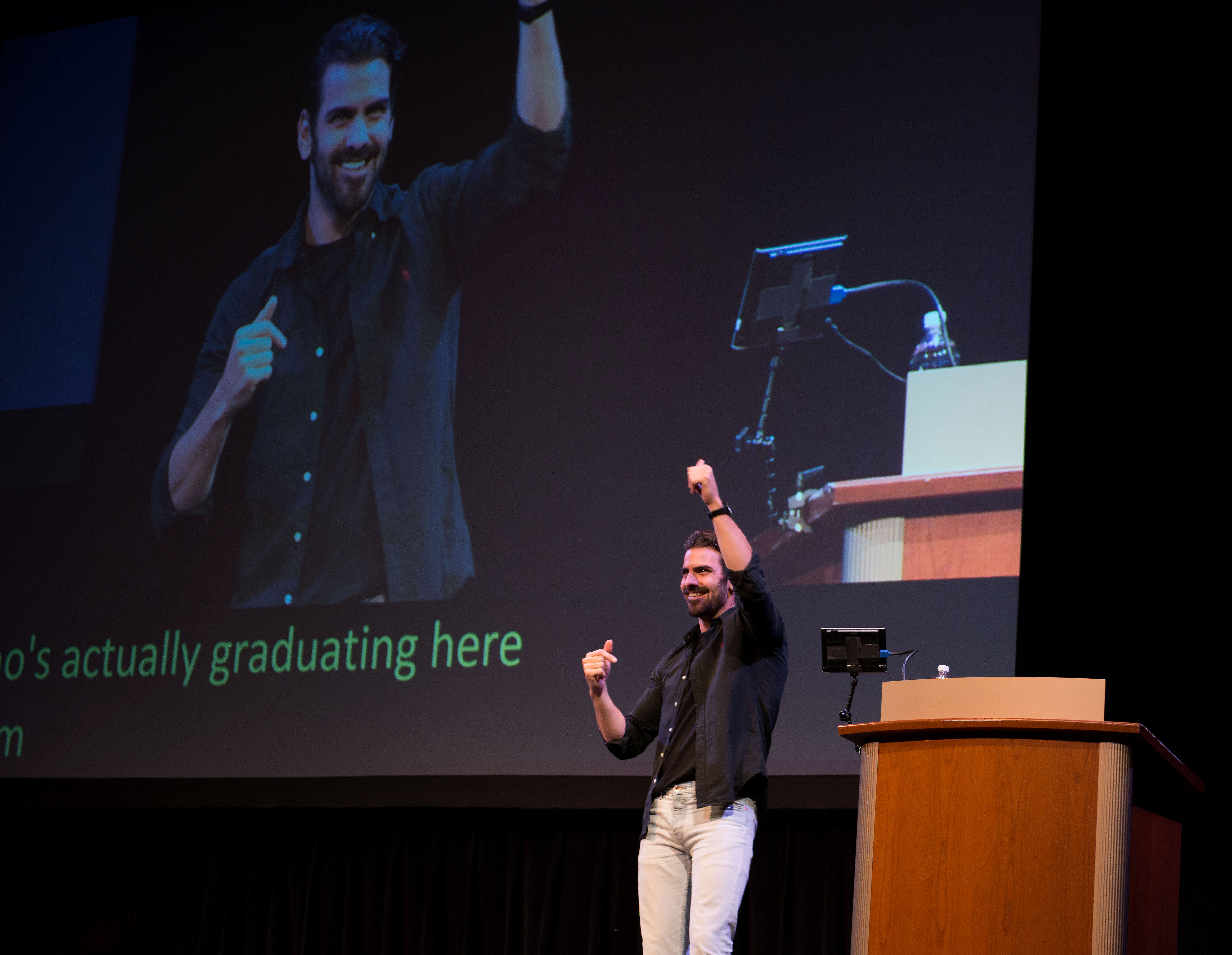 DiMarco was born deaf and leads a multi-faceted life as a model, actor and activist for the deaf community. He is the winner of two reality television shows, “Dancing with the Stars” and “America’s Next Top Model,” and has acted on the ABC show “Switched at Birth.”

DiMarco told many stories about his life and related all of them them back to his ultimate goal of being an activist for the deaf community.

“My whole life [is] being deaf,” DiMarco said. “I was born deaf. Why would I wish for something I’d never experienced?”

It is important for people to keep a positive mindset and to block negative thoughts that may impede on their life goals, DiMarco said. 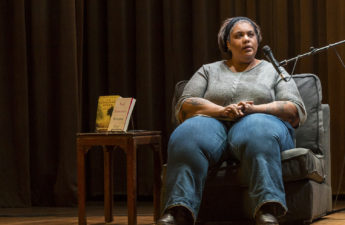 DiMarco attributes his success to embracing his identity and differences and thinking of them as something unique that he brings to the table.

“If you go in with that mentality of embracing your identity and differences, you will never feel like you are lacking something,” DiMarco said.

Staying optimistic has come with its trials in a world where hearing people dominate, DiMarco said. He found it especially difficult when he was a contestant on “America’s Next Top Model.”

Being on America’s Next Top Model meant living in a house with the other contestants cut off from the outside world, DiMarco said. He was often excluded from house activities without any way to communicate.

“I’m fortunate that it was only three months,” DiMarco said. “But imagine people where [that experience] is their entire lives.” 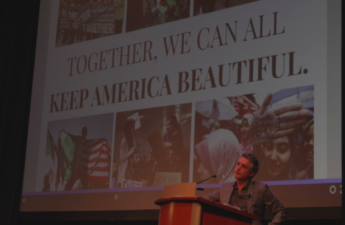 After winning both “America’s Next Top Model” and “Dancing with the Stars,” DiMarco used his newly established following as a platform to advocate for the deaf community.

He created the Nyle DiMarco Foundation and collaborated with an organization called Language Equality and Acquisition for Deaf Kids to draft legislation that would improve access to language for deaf children both in and out of the classroom.

“We want deaf children to have a useful and healthy language foundation before kindergarten,” DiMarco said.

To conclude the evening, DiMarco reiterated the importance of embracing one’s identity.

He taught the audience how to sign two words that are very important to him in his everyday life – “embrace” and “yourself.”

“By being true to myself and embracing my identity, I can truly live out loud,” DiMarco said.