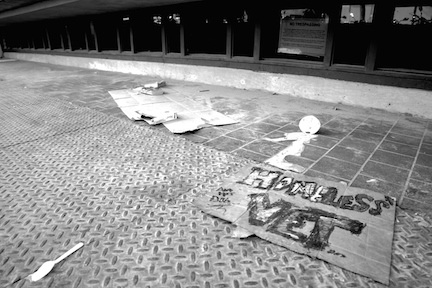 The 64-unit housing facility, called Valor on Washington, will be the biggest in the United States.

In the facility, preference will be given to veterans, and all units will be affordable market-rate rents with two to three bedrooms. This will target the 113,000 veteran households with children, according to the press release.

“What’s exciting about this development is that it’s geared towards veteran families,” Parisi said. “Many vets, in addition to having to deal with the many complications of coming home after serving, have a family. [This makes] finding affordable housing extremely challenging.”

In addition to the 64 units of housing, the project will be unique in its partnership with DryHootch, a transitional veterans nonprofit based in Madison, according to the press release. The mission of DryHootch is to assist veterans in combat zones during their transition from war back into society.

DryHootch is a place where veterans can meet in a drug-and-alcohol-free environment, Otis Winstead, director of DryHootch Wisconsin, said.

In most locations, this environment shows itself in the form of a coffee shop. Winstead said veterans and their family members can come here for a cup of coffee, art or music.

“Veterans are unique in that they are kind of a demographic of their own because no one experiences what they do except other veterans,” Winstead said. “Our motto is, ‘we survived the war, now help us survive the peace.’”

Furthermore, Winstead said even the name of the organization creates a community for its members, as it promotes a drug-and-alcohol-free environment, and a “hootch” is the military term for soldiers’ living spaces overseas.

Once the housing facility is built, DryHootch will move into the first floor, providing a daycare, café and spaces for veteran support groups to meet, Winstead said. DryHootch is currently in an 1,800 square-foot space on University Avenue, but this new space will increase their programming five-fold.

“[This housing facility] enhances all of Dane County and Madison, by providing places where the American Legion and other veteran organizations can meet,” Winstead said. “It also brings together the services that folks in the veteran community need.”

Winstead said one of the main reasons why this facility is important is because of the access to support groups.

After combat, many veterans suffer from PTSD. This is one of the main focuses of DryHootch, as the founder Bob Curry suffered from PTSD for nearly 30 years, Winstead said.

“Now, [Curry’s] life’s mission is to help men and women transition back into society, and that’s what [DryHootch] does,” Winstead said. “But we not only transition those folks, we work with employment and housing. We have PTSD groups, we have women’s groups and we have a lot of support throughout the community.” 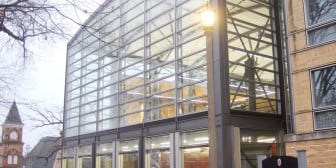 Winstead said 1,114 veterans commit suicide each year, but only 136 of those people are from Wisconsin.

Winstead attributes that difference to the work DryHootch does in the Wisconsin area.

“The peer support we do is essential for the transition out of the combat zone,” Winstead said. “Often that support comes later in life when the trauma becomes too overwhelming, but we’re changing that,” Winstead said.

Parisi said the facility will be going through the final design and permitting process before construction can take place.

As of now, construction is estimated to be completed by December 2019.

“[This housing facility] is a great way to provide access to housing for our veterans and their families and to create a sense of community for them,” Parisi said.