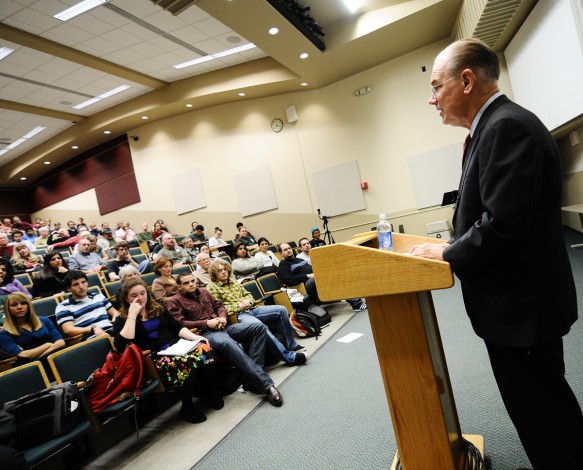 University of Chicago professor John Mearsheimer argued Israel is on the path to am apartheid similar to South Africa, but eventually Palestinians will gain equality and will come to dominate a new democracy.

The University of Wisconsin launched an initiative to hire professors in interdisciplinary areas called cluster hiring 15 years ago, but it was suspended due to budgetary restraints after four rounds of hiring.

Now the Cluster Hiring Initiative is being reopened and is currently planned to undergo four rounds of hiring over the next three years, Associate Vice Provost Mo Bischof said. The goal of the initiative is to strengthen UW’s research in key areas by hiring a select few researchers with shared research interests to conduct more studies in these fields.

In her Welcome Back to Fall Semester letter, University of Wisconsin Chancellor Rebecca Blank outlined the Cluster Hiring Program as one of the primary areas of focus this year.

“[The Cluster Hiring program] is designed to recruit groups of faculty from different disciplinary areas but whose work intersects on a key area of research interest,” Blank wrote. “We’ll provide substantial central support for salaries for these individuals, hoping to deepen our research strength on central topics.”

In her letter, Blank also stated that the university plans to eventually hire five clusters per year for the next five years. A cluster is a group of three individuals from different departments who specialize in common research topics.

Blank wrote they will begin by receiving calls for proposals from faculty, research centers or departments this fall, with the goal of hiring the first cluster this spring.

Bischof said after Blank’s call for proposals, a plan for the program was outlined and final proposals were accepted until Nov. 3. There were 48 proposals submitted for the fall rounds. 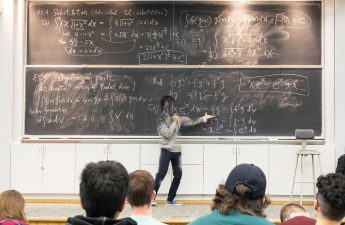 Currently, deans from schools across campus as well as a 12-member committee of faculty are reviewing the 48 proposals, Bischof said. The final decision will come down to the provost and vice chancellor, who are hoping to announce their results before the end of the semester.

“The notion of seeing 48 amazing proposals come in shows us how much the campus values this idea,” Bischof said.

According to the Cluster Hiring Initiative Criteria and Proposals on the Wisconsin Faculty and Staff website, the proposals must follow strict criteria to be considered by the committee.

Such criteria stated each proposal must include three people to hire from different areas of the university. These people should have overlapping research interests in an area of important current or future research interest, according to the article.

The article also stated that proposals should include how the intended research is interdisciplinary, and why it wouldn’t emerge through current department structure. The proposals should have a budget of no more than $500 thousand.

Professor of African languages and literature, Tejumola Olaniyan, was hired in 1998 as part of the African Diaspora Cluster hiring process.

“ADC created a much larger circle of faculty, staff and students across campus interested in African world issues,” Olaniyan said. “In addition to creating new courses in our different departments and introducing students to broader coverage areas and newer research, we also routinely do talks, book discussions and conferences.” 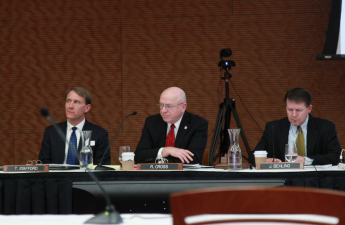 When the program started, Bischof said it was funded by three major entities: the state of Wisconsin, the University of Wisconsin Foundation and the Wisconsin Alumni Research Foundation. Each of these entities put in $5 million to help with the new hires, Blank said.

After the original four rounds there weren’t substantial funds, so the program was suspended. During this time, there were very few new hires as to avoid a continuous budget deficit, Bischof said. Now the university has the funds and will put in a substantial investment to try to fund five new clusters.

According to the Cluster Hiring Initiative on the Wisconsin Faculty and Staff website, in addition to providing new research opportunities, the program will address complex societal programs, advance the Wisconsin Idea and build student-faculty relationships. These objectives have been the same since the beginning of the program.

Bischof also said another major goal of this initiative is to bring more diversity to the Madison campus. She expressed the excitement of this opportunity and the effect it will have on campus.

“[The Cluster Hiring program] is an exciting time for campus to have an opportunity to hire amazing interdisciplinary faculty to boost research and education,” Bischof said. 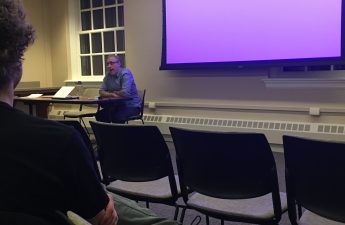 According to the website, after this first round of proposals, there will be three other calls for proposals, where this process will happen again. This will end in 2019 but if funding remains, calls will continue beyond 2019-2020. To apply for this program, an eight-page proposal must be written and turned in to the Office of the Provost.

“The Cluster Hiring program will directly enhance and expand the notable research from this University already,” Bischof said. “In addition, it will grow the faculty with incredible new ideas and benefit the teaching and learning of students here.”