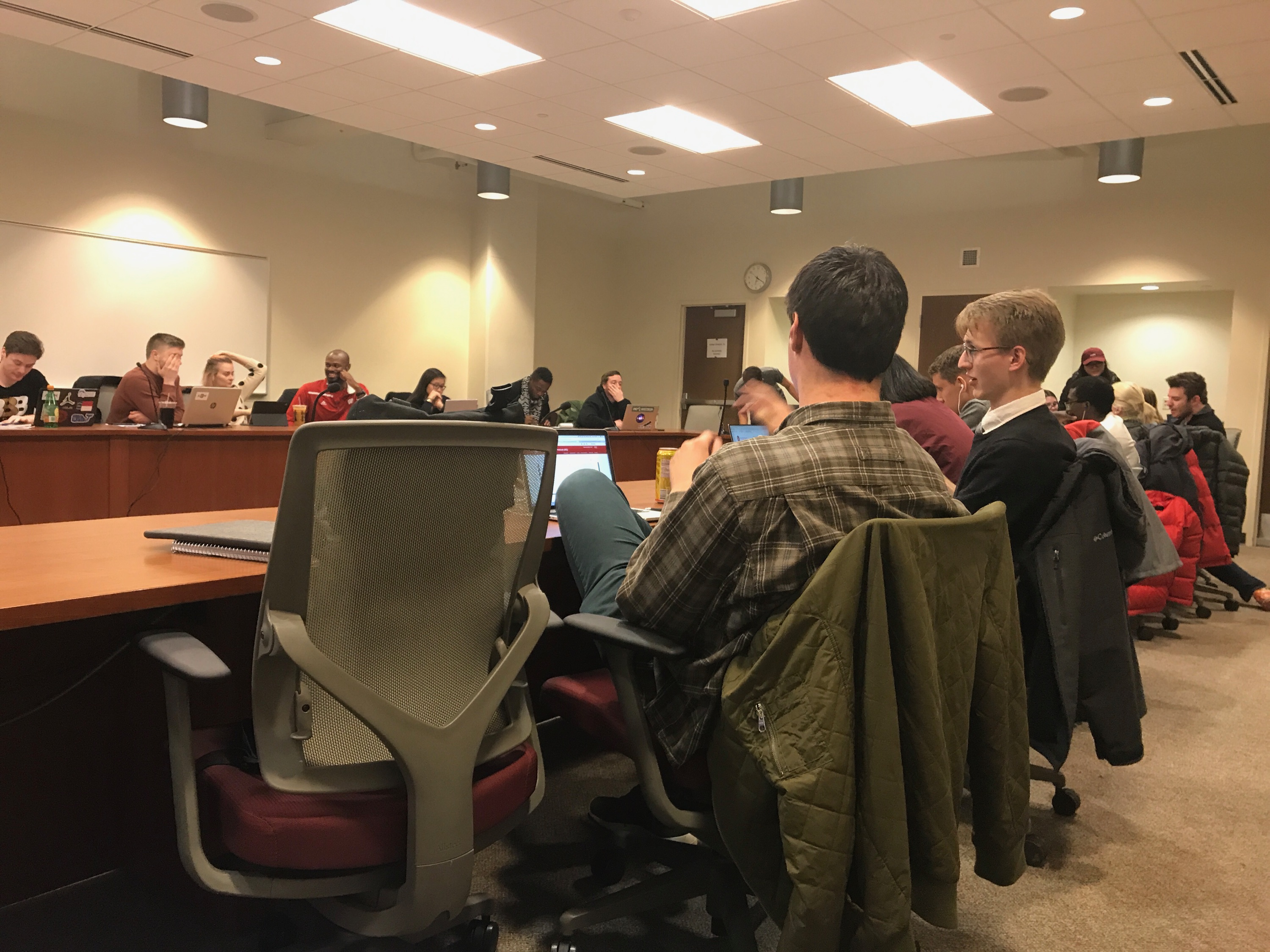 Associated Students of Madison met Tuesday to vote on the 2019 internal ASM budget, use of e-textbooks and the recent attack on a University of Wisconsin student.

ASM unanimously approved the budget in a 25-0-0 vote.

Vice Provost for Student Life and Dean of Students, Lori Berquam sent a memo to ASM Chair Katrina Morrison regarding the office of the Dean of Student’s fairness project.

The fairness project looks at all the staff in a division, divides them into different levels based on performance, and decides target salaries for each group, Morrison said.

There was also debate over whether or not the salaries of staff positions not reaching their target performance levels should be lowered.

“They set target levels [of salary] for staff members for two different reasons,” Morrison said. “One, to keep them in line with the other staff members, and two, to set marketable wages that are competitive with other institutions.” 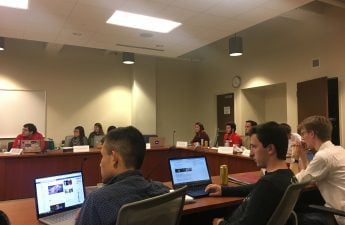 Another point of contention regarding the 2019 budget was ASM’s decision on whether UW’s grassroots organization should be allocated less funding.

The motion to decrease grassroots funding from $1,000 to $500 was unanimously approved over concern that too much money would be sent to reserves if the budget for the organization was not decreased.

The budget also added a sustainability vice chair, a supporting legislative affairs vice chair and a grant allocation committee vice chair, all of which passed.

Berquam also discussed the attempted assault and abduction of a student walking home from College Library in early October.

Students need the later hours in the library to study, especially during midterms and final exams, Mangelsdorf said.

“I don’t want people up studying at three in the morning, but they are, so we need to get them home safe,” Mangelsdorf said.

Both Mangelsdorf and Berquam voiced their support of a late night van service from the library to the dorms, viewing it as a “worthwhile investment” that would help keep students safe on their walk home.

Upon opening the topic for discussion among ASM members, extended SAFEwalk hours and free cab vouchers were suggested as alternative solutions. No final decision regarding a solution will be made without consulting the student council again, said Berquam.

“We want everyone to feel welcome and safe on this campus,” Berquam said.

ASM, Vote Everywhere combat confusion over voter ID laws with new initiativesAccording to a survey from the University of Wisconsin, about 17,000 voters from the Dane County and Milwaukee County did Read…

The council  also discussed the use of e-textbooks, TopHat and iClickers in classrooms.

Council members explained that at times, they have had to purchase both an iClicker and a Top Hat subscription for classes, depending on the preference of the professor, and that it gets expensive very quickly.

Berquam described the e-textbook pilot program that was introduced at the beginning of the fall 2017 semester to combat additional class-related expenses.

“[E-textbooks] are cheaper and we want to see if [they] can work better,” Berquam stated.

Correction: A previous version of this post contained several inaccuracies about the meeting. The article has since then been updated to include the correct information. The Badger Herald regrets these errors.