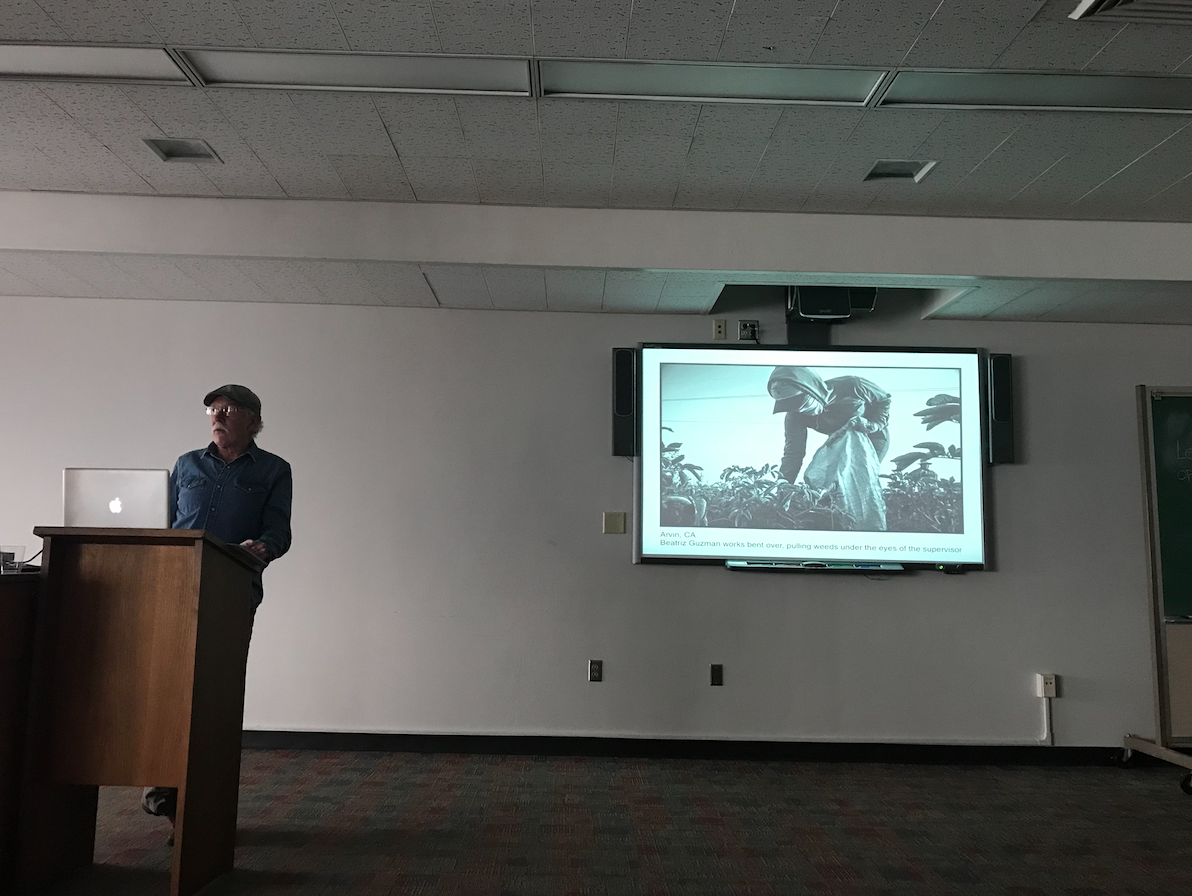 Through images of backbreaking labour and poor living conditions, photojournalist David Bacon hopes to shed light on the plight of migrant workers.

In a lecture on Monday, Bacon explained he has been documenting the lives of farmworkers since 1988 and has written several books on migration. Prior to this, he was a factory worker and union organizer.

Bacon’s most recent book, “In the Fields of the North,” sheds light on the experience of immigrant and indigenous farmworkers on the Pacific coast through both photos and written work.

The goal of the project is to show the extreme poverty and exploitation these workers face, Bacon said. He said this was an important time to publish the book because of the current political climate, mentioning 53 percent of all farmers are undocumented. The project is a pushback against racism and anti-immigrant hysteria.

“Advocating for social change is a large part of photojournalism, and I hope my work is contributing to that,” Bacon said. 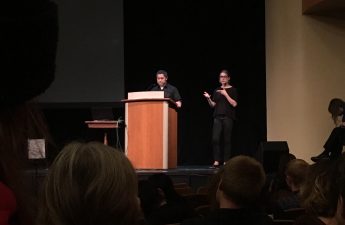 To put this into perspective, Bacon explained how workers on strawberry farms receive around 20 cents per box when these boxes are sold for around $4 at the grocery stores.

These low wages have brutal consequences, like workers having to sleep in cars or on hillsides. Because of this lack of housing, many migrant workers in rural California have to make the decision between paying rent and sending money home — most of them choosing to send money home, Bacon said.

Additionally, lack of work in the winter months requires workers to try to save money. Since many workers are undocumented, they are barred from receiving unemployment benefits.

“[The images] help people understand the point of view of migration from migrants themselves,” Bacon said. “The images ask the viewer what it would be like to work bent over all day.” 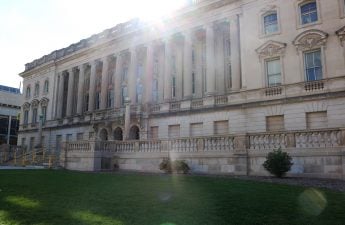 Migration is a product of displacement and a lot of migration from Mexico is a product of forced migration, Bacon explained. Through his work, Bacon is trying to change the way people think about migrants, and sometimes, way of thinking can change by seeing an image.

“Documentary photographers need to stand on the side of social justice, be involved with the world and not be afraid to change it,” Bacon said.