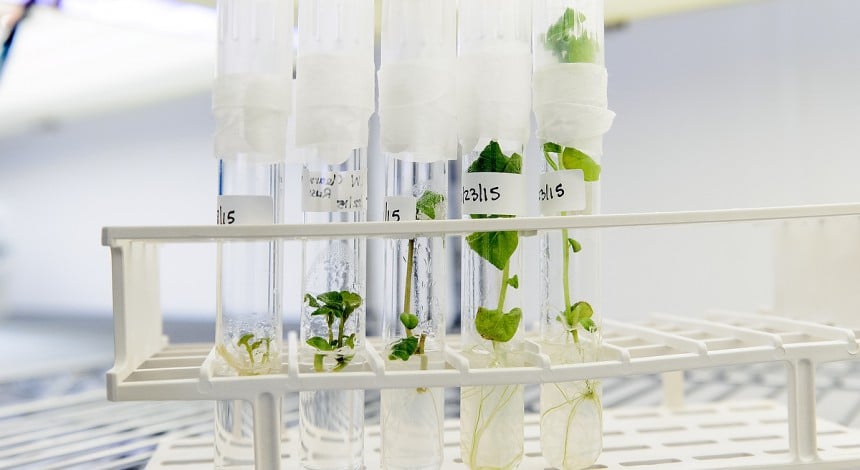 As a child, University of Wisconsin student Kai Nakano Rasmussen had big dreams of becoming an astronaut one day.

He now lives out his dreams, but in a very different way — by sending plants into space and educating others about the science behind it. With rap music and graphic design, nonetheless.

Rasmussen is a biology major who works on a NASA-funded research project studying the effects of spaceflight on plant biology.

Last February, he decided to launch a website in an effort to increase awareness and educate the public about the history and science of astrobotany — the study of plants in space.

The website expectedly provides explanations for scientific terms specific to astrobotany like gravitropism and spaceflight stress, but it also shines a spotlight on astrobotany-inspired pop culture and art.

Additionally, the website features interactive art designs centered around a thematic astrobotany resource page. Users can visit pages like “the shed” to learn about the tools of astrobotany research or “the garden” to track the progress of plant species sent into space.

Rasmussen has always appreciated how art can spark interest in an issue, so he decided to make his own illustrations to accompany the scientific knowledge.

This message, however, is not always easy for scientists to share, Rasmussen said. As an emerging research botanist, he was disappointed by the lack of information available on astrobotany research.

He said integrating artwork into the website helps to make the information more accessible, which can be difficult for a lesser-known subject like astrobotany.

But Rasmussen has found an even more creative solution to craft a successful scientific narrative — rap music.

He released a rap song titled “Young Mark Watney” last October, making his debut at the 2016 American Society for Gravitational & Space Research Conference in the Rock and Roll Hall of Fame.

Rasmussen wrote this rap in reference to Mark Watney, the fictional protagonist of the popular novel and film “The Martian.”

People often compare his research to the popular film, he said, which provides him an opportunity to open a dialogue about astrobotany.

“People who are not scientists kind of get into it,” Gilroy said. “But, the scientists that listen to [Rasmussen’s] rap just go, ‘Wow, this is kick-ass! This is absolutely fantastic!’ so it bridges the gap.” 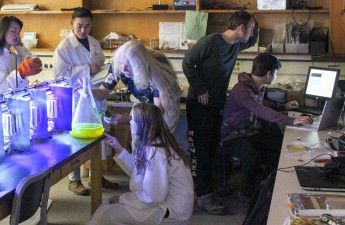 But Rasmussen did not originally intend on working in a botany laboratory before entering college. He was more interested in the space research of the Gilroy laboratory group.

Rasmussen has since worked with the Gilroy laboratory for over a year, in which he learned the historical role plants have played in shaping planetary land features.

“I actually went into his office hours and I said, ‘How do I become a astronaut?’ and Simon just kind of laughed,” Rasmussen said.

From the creation of an oxygen-rich atmosphere to the development of agriculture, Rasmussen learned that plants were an essential component in development of life on Earth and the advancement of civilization. 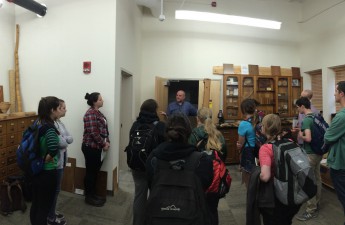 Planting the evidence: Botanical forensics teaches UW students to solve crimeAfter several years of planning, students at University of Wisconsin will have the opportunity to learn how to use forensic Read…

Leveraging his position as a molecular plant biologist, Rasmussen was able to design a project that integrated music into his astrobotany research.

Rasmussen plans to continue bridging the gap between science and the public through sharing his love of plants and space with others.

He is currently working on other scientific outreach projects, like participating in the New Arts Venture Challenge and acting as a science outreach ambassador for the American Society of Plant Biologists.

Both of these projects will allow Rasmussen to take key concepts from science and present them to audiences from a different perspective.

“The things that I learned from science, I want other people to learn from it too,” he said.

By creating a the website and a Wikipedia page for the topic, Rasmussen hopes to further develop the framework for how people view the science of astrobotany.

His work with graphic design and music production have helped engage a larger audience, but his ultimate goal is to break the dichotomy between scientist and artist.

For Rasmussen, botany is an intensive research process, but he also sees it as an artistic outlet.

In fact, he believes botany is the highest form of art.

“Plants help your well-being, like your mental health … you can create whatever you want,” Rasmussen said. “It becomes a whole new level when you try to grow them in space because then it becomes poetic.”

Rasmussen was formerly a cartoonist for The Badger Herald.