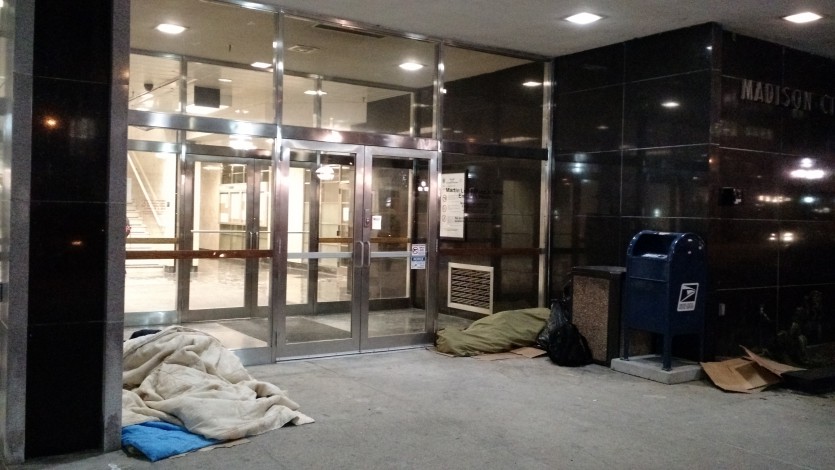 City officials unanimously voted against a resolution prohibiting individuals from sleeping or lying down on public sidewalks during a Homeless Issues Committee meeting Monday.

The committee voted 9-0 to reject the resolution.

The resolution concerned the Central Business District Area, including any areas containing city offices between 7 a.m. and 10 p.m. If found in violation of the ordinance for the first time, officers would give a verbal warning to the respective individuals.

If individuals continue with the prohibited activities, however, they would be subject to a $10 fine for a first-time offense in the given year and a $25 fine for a second or subsequent offense within that same year.

Members were mainly concerned for the homeless community, whom the ordinance would most likely affect. The pattern of displacement that would have resulted if the ordinance passed particularly concerned committee members.

The pattern of displacement refers to when homeless individuals find themselves repeatedly forced to move to other neighborhoods.

“If the homeless are not able to pay the fine, do we put them in jail?” committee member Linda Ketcham said.

The committee also highlighted the need for the federal government to consider “housing instead of handcuffs” as alternatives to homelessness.

Committee members also took issue with the time frame, considering some homeless people work late shifts. In the face of severe housing insecurities, many homeless resort to sleeping in places like parks, city sidewalks or benches.

Committee member Ulysses Williams, who was previously homeless, said it can be difficult for homeless people to get enough sleep.