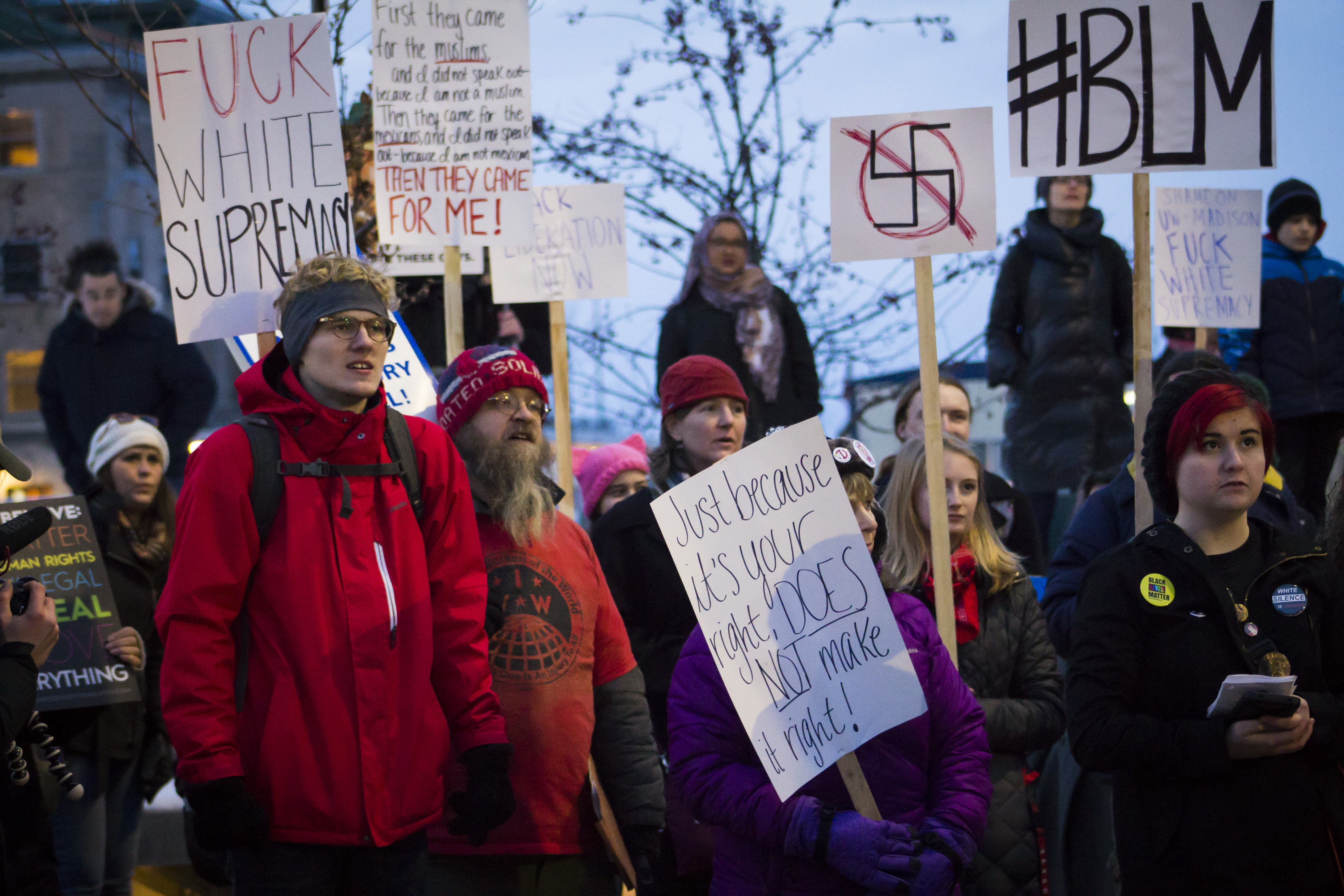 After strong opposition from both the administration and student body, University of Wisconsin student Daniel Dropik will not be pursuing to start a chapter of the American Freedom Party on campus.

At the end of January, Dropik attempted to start a Madison chapter of the AFP and sought to bring the “alt-right” movement to campus.

The “alt-right” has been denounced as a hate group by organizations such as the Anti-Defamation League, citing its close association with the white nationalist movement and neo-Nazism.

The UW administration deemed this type of activity on campus “concerning,” campus policy does not consider handing out political information and expressing objectionable, even hateful, viewpoints a violation, Blank said.

After pressure from the administration and the student body, AFP Chair William Johnson said their leadership decided it is best for Dropik to withdraw his effort.

“He approached us to set up a chapter, and when he came under intense pressure from portion of the student body, we agreed that we don’t want to have a disruption at this time,” Johnson said.

Pointing to the recent protest against “alt-right” speaker Milo Yiannopoulos at University of California-Berkeley, where demonstrations turned violent, Johnson said it was best to wait until the Trump administration is more settled in and protesters might start to have “protest fatigue.”

Even though Johnson said protest has merits, he believes opposition and threats of violence are bad.

“We need to come up with a way for [protesters] to be peaceful when we exert free speech while holding these functions,” Johnson said.

Along with withdrawing from starting an AFP chapter on campus, Johnson said Dropik will be taking a break from classes.

In an email to The Badger Herald, UW spokesperson Meredith McGlone said while the university can’t speak for the student and what he may be planning, as of Feb. 6, Dropik is still enrolled as a student.

The Badger Herald could not reach Dropik for additional comment.