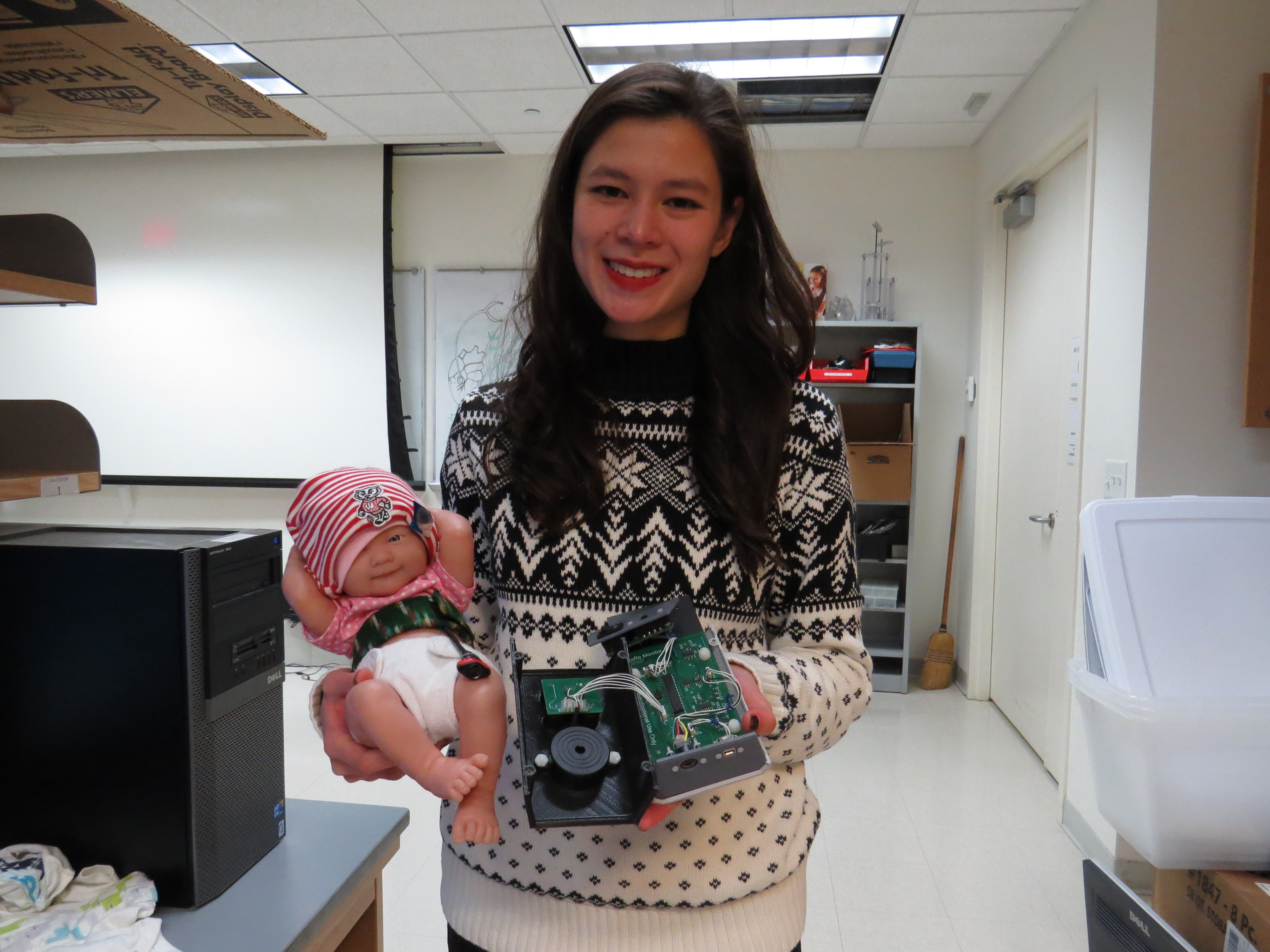 Wearable technology is growing in both the worlds of fashion and medicine, and one University of Wisconsin student is taking an unconventional education path to bring the two together.

The UW System and Alliant Energy Foundation recently awarded Catherine Finedore, along with seven students and teachers, the Alliant Energy Erroll B. Davis, Jr. Academic Achievement Award, an honor that recognizes students and instructors’ work throughout their time in school with a $3,000 scholarship.

Finedore, a fifth-year UW student, earned recognition for her accomplishments in her two fields of study: fashion design and the mechanics of biomedical engineering.

Finedore said her one-in-a-million, “ah-ha” moment of finding her unique path of study came after being hospitalized for an anemia-causing hemorrhage her sophomore year. Coming within a day of potential organ failure inspired Finedore to make a difference in the world with her work.

“I just tell myself it’s all worth it, and you can fail as many times as you want, but if you don’t get back up, you’re going to end up regretting it,” Finedore said. “Knowing what could have happened, getting that cut so short, you get a new perspective.”

One of her most notable achievements was earning a spot in the Design 2015 Annual Juried Student Exhibition for her light-up dress.

The dress was adorned with tiny LED lights and conductive threading, which added a silver shine to the garment. Also part of the design was a rechargeable battery for the lights. 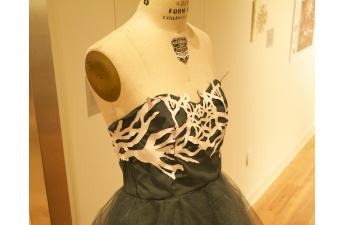 On her website, Finedore said when working she incorporates wearable electronics into a fashion design by considering both art and innovative techniques. She said it’s important for the clothing to be comfortable and fully functional.

But Finedore isn’t just lighting up the fashion world.

Finedore also won in part for her work on a cardiorespiratory monitor for babies in developing countries. When Finedore was a sophomore, she was asked to help design the heart monitor even though she was just beginning her formal education in clothing design and only have two sewing classes under her belt.

“At first I was really wary about it simply because [I thought] I don’t want to work with children and babies,” Finedore said. “That’s a lot of stress. What if something goes wrong? The more I got into it, the more I realized there’s a lot of parallels between [design and engineering].”

As part of the project, Finedore sewed the fabric casing for the monitor. She said she enjoyed her research for the cardiorespiratory monitor project because she likes doing macro, tangible work.

The monitor uses impedance pneumography, a technique used to monitor a person’s breathing rate by emitting a low voltage, high frequency shock. The electricity is not enough to disrupt normal muscle patterns but can reveal irregular breathing or an irregular heartbeat, also called arrhythmia.

Though the team was initially focused on watching for signs of respiratory issues like Sudden Infant Death Syndrome, the ability to monitor heart function became a bonus. Rather than blocking out the heart signal, they designed the machine to read both.

Sudden Infant Death Syndrome happens within only 20 seconds, meaning it is important for the machine to have a preset threshold based on normal body functions.

“We need to be able to monitor, set a trend and say ‘does this match the previous data?’” Finedore said.

The device is designed for use in developing countries. Excluding features like screens allows the device to be washable and making it battery powered makes the device affordable and reliable.

Finedore said in some hospitals they visited in India, power outages were normal occurrences, meaning relying on batteries rather than outlets is an advantage.

Finedore said her and the team worked with multiple clinics, hospitals, universities, professors and doctors in India to further develop the project.

But by the time they returned from India, two of the project leaders had graduated and were leaving town, leaving only Finedore and one other underclassman to face the challenges of continuing the work and coordinating with people in a completely different timezone. With limited people to work on it, the project was put on pause.

Finedore said she hopes it will be picked up again next year by a new biomedical engineering team that will have the same “amazing” and “incredible” experience.

“That was the most influential research that I have actually been a part of, or have been fortunate enough to say that I was a part of,” Finedore said.

Though she said people questioned why an engineering student would want to pursue a certificate in design, Finedore has found a way to bring the two fields together.

After graduation Finedore hopes to continue her work in accessible, affordable, user-friendly and aesthetically pleasing wearable technology, especially for people with disabilities. Overall, she said understanding what things are made of has broadened her understanding of both fashion and engineering.

“No matter who you are, it’s always important to understand where things come from, and this goes beyond just a certain field of study,” Finedore said. “This is how you should live life. If you want to know more about something, you should go in-depth with it.”