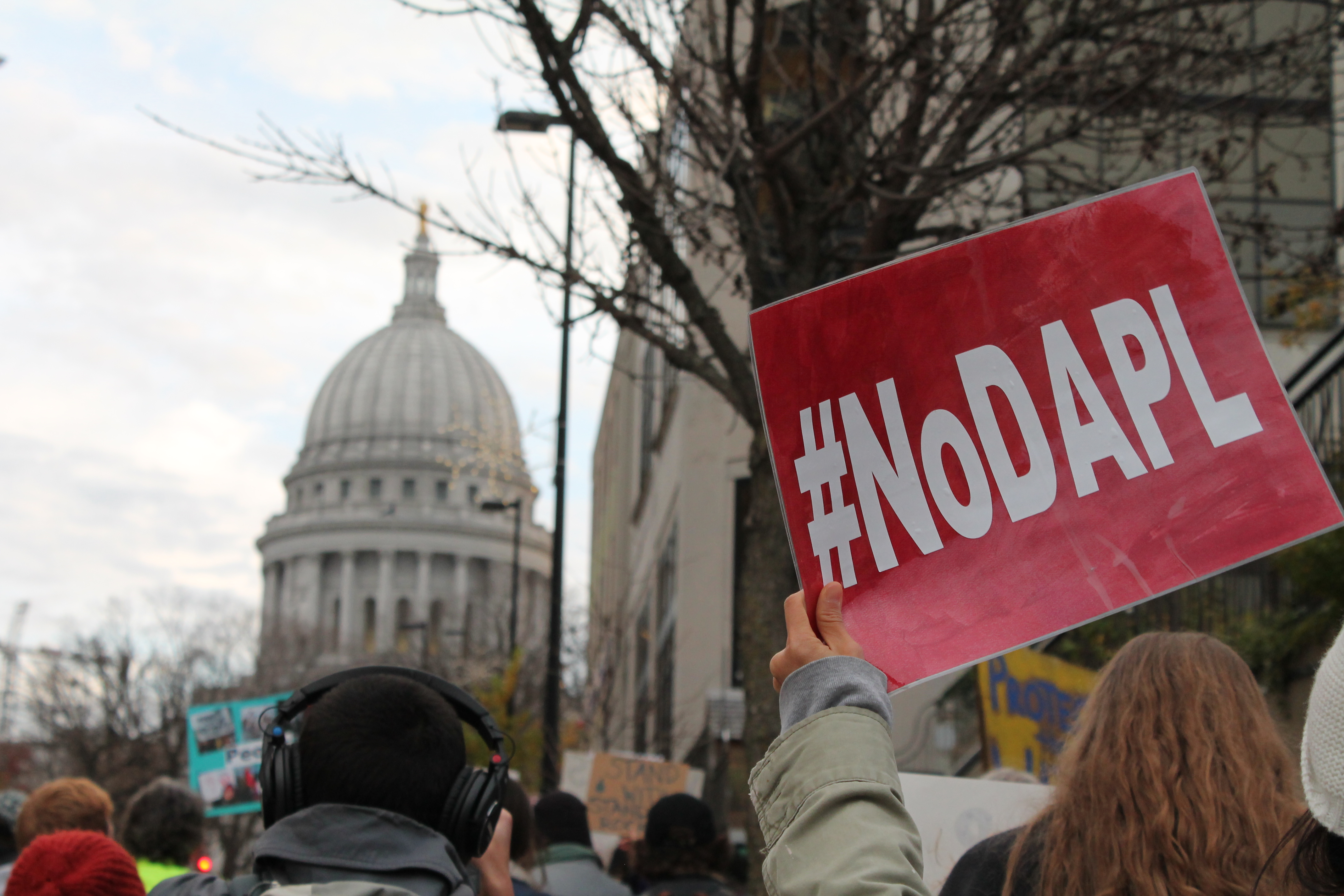 As part of a national day of action, University of Wisconsin students and Madison residents marched to the steps of the State Capitol Tuesday to show solidarity with Standing Rock protestors.

Days earlier, the Madison Socialist Alternative held a similar event where they asked protesters to respect Native American rights and work toward protecting the environment. 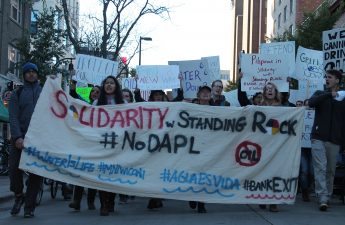 While the Tuesday afternoon protest echoed a similar sentiment, it became a bit more personal as attendees came up to share their stories.

One long-time Madison activist, Shadayra Kilfoy-Flores, spoke about the mistreatment of indigenous people, particularly women and children, at the hands of law enforcement at Standing Rock.

“These atrocities are not history — this is not something of the past,” Kilroy-Flores said. “This is happening right now.”

As a trained medic, Brown volunteered her skills at Standing Rock. Fighting back tears, Brown told the crowd about a young girl who had been severely pepper sprayed and shot by rubber bullets.

Aside from respecting the protesters and fighting for Native American rights, Brown added that it’s also important to shut down the pipeline because of the negative impacts it will have on the environment. 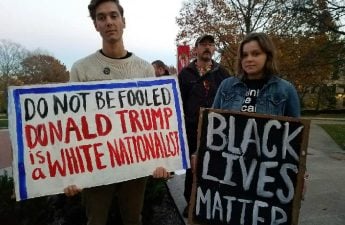 Along with the Dakota Access Pipeline, Kilroy-Flores also pointed to the possible pipeline project that is slated to run through Dane County.

To protect the Earth, we must be ready to stand up for it, Peter Anderson, member at 350 Madison Climate Action Team said.

Pointing to the recent week of protests that have erupted on campus, Anderson quoted Franklin D. Roosevelt in saying “this generation of Americans has a rendezvous with destiny.”

“We’re not going to lead the revolution with walkers,” Anderson said. “[The youth] will be the key to change.” 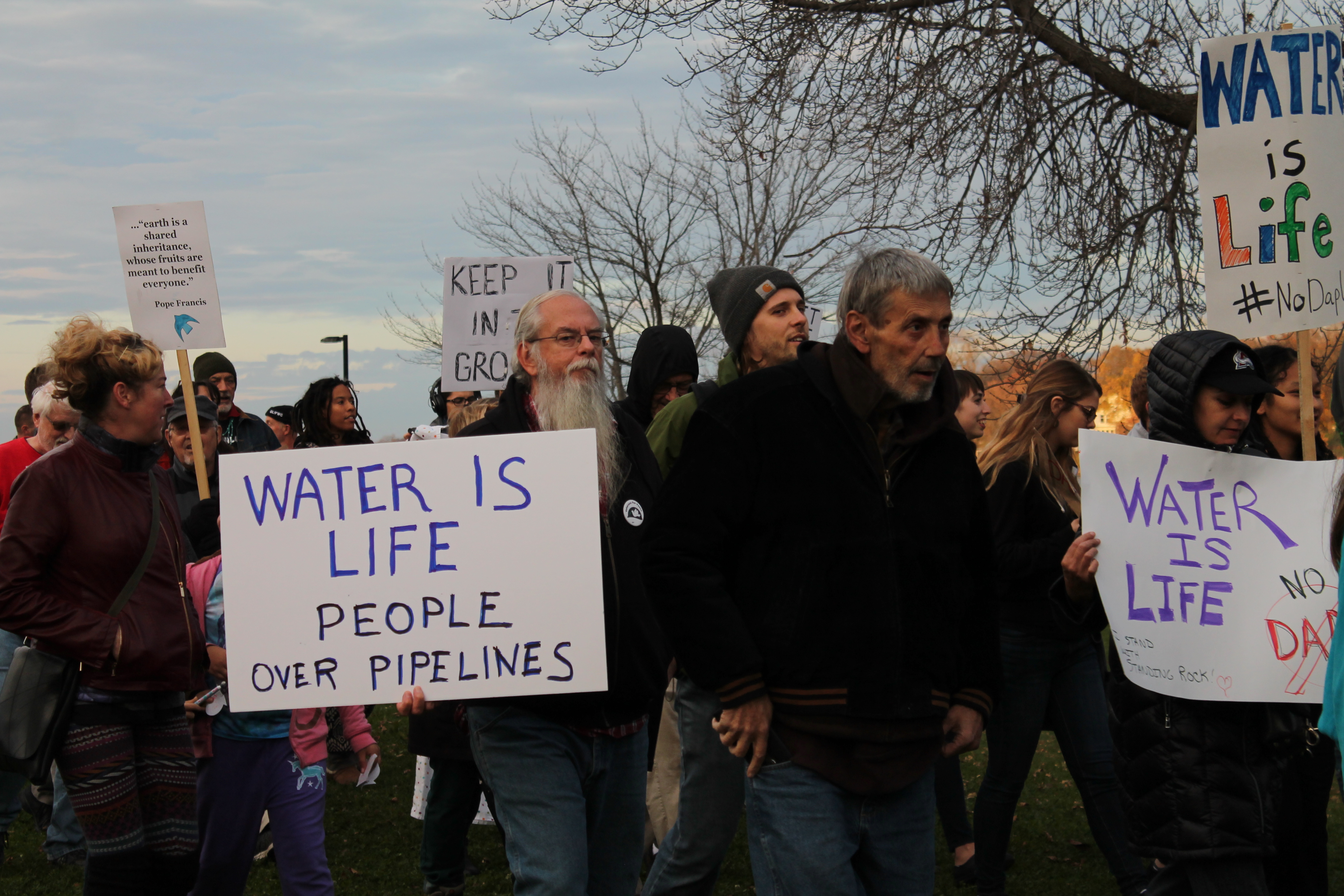