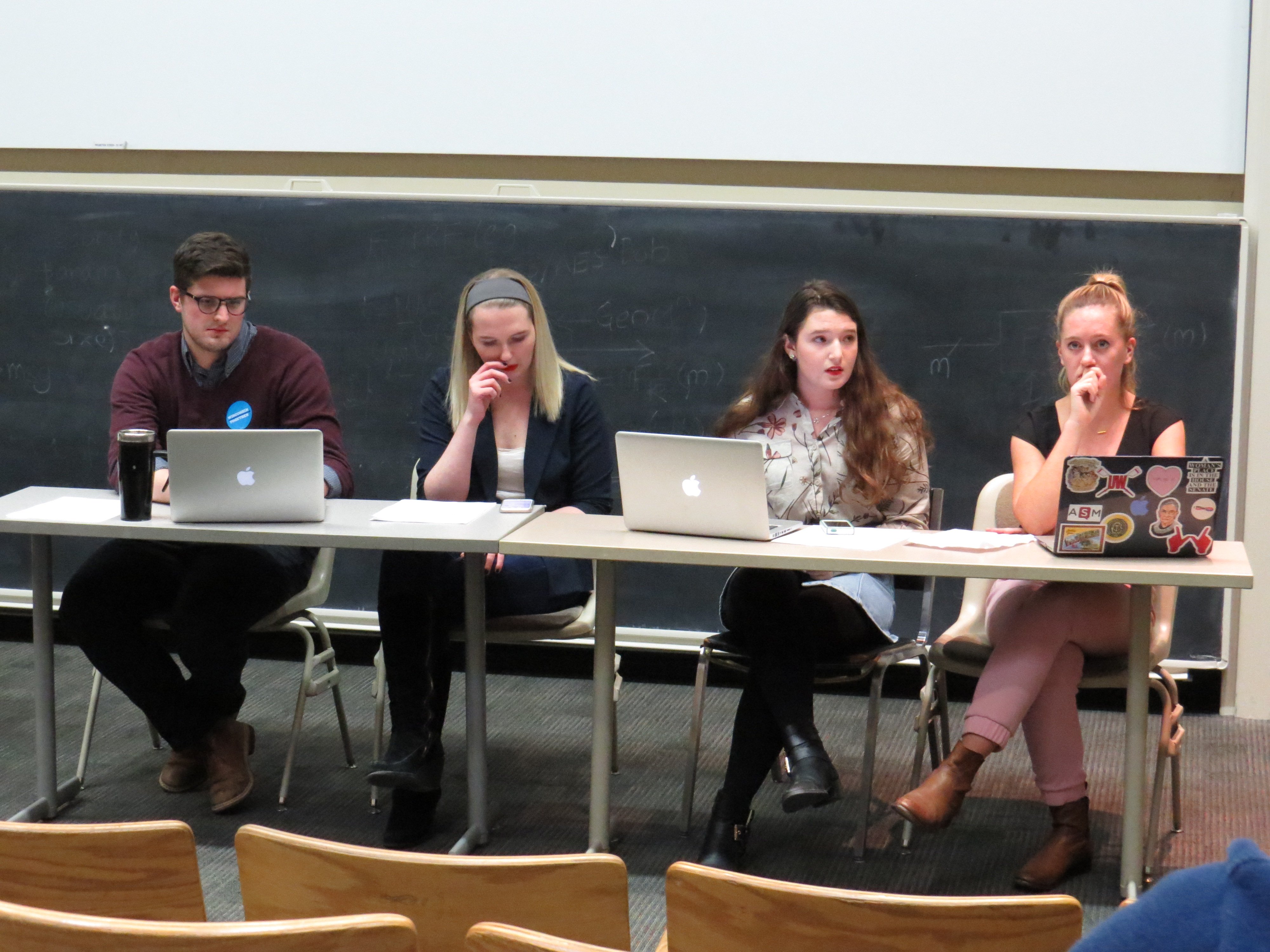 College Republicans and Democrats went head-to-head in a forum debate on issues relevant to next week’s elections, including education, foreign policy and taxes.

University of Wisconsin Professors Kenneth Mayer and Howard Schweber moderated the debate, which was more focused on policy issues than November’s candidates.

The panelists debated education in depth, from the role of the federal government to higher education funding. Natalie Halbrooks, the College Democrats women’s caucus director, said reducing education inequality is a huge part of the Democratic platform. 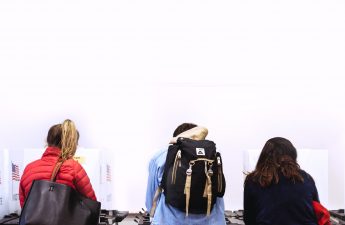 Presidential campaigns make final bid to win over UW studentsEngrossed in their cellphones, approximately 20 students sit in a room filled to the brim with “WI Back Her” posters, Read…

Ben Miller from College Republicans said educational regulation should reside with the states rather than the federal government to cater to fields prominent in different areas.

Halbrooks said the Democrats’ education plan doesn’t solely benefit upper and middle classes because of income caps for households which could benefit from free tuition programs.

“There is a variety of people who would be benefiting from these proposals,” Halbrooks said.

Concerning foreign policies, both parties supported a no-fly zone in the Middle East to combat threats like ISIS, but College Republicans favored strengthening the United States’ active ground forces. College Democrats said the U.S. needs to pressure Russia but would not involve American soldiers directly in the conflict.

Though Democrats mentioned closing corporate loopholes and raising taxes on the wealthy and the Republicans proposed entitlement reform and auditing government agencies, Mayer said neither side proposed a plan which would cut costs or increase revenue enough. He said the plans rely instead on “magic wand” solutions which wouldn’t actually offset the costs of programs funded by taxes.

College Democrat Chair Augie McGinnity-Wake said the extreme partisanship in Wisconsin and national politics comes down to individual actions. Jake Lubenow from College Republicans said he looks at his grandmother’s strongly negative views as an example of how far political discussion has actually come.

“We shouldn’t allow those conversations to happen, as students, in our families,” Lubenow said. “We should take a step back and say exactly what Augie said. We all have the same goals. We’re all trying to help the same people. We just have different ideas of how to get there.”

McGinnity-Wake and Lubenow from College Republicans agreed they were glad the two groups could come together for productive, civil discussion.

“The professors pushed both sides on our positions,” McGinnity-Wake said. “We really had to do some critical thinking.”

McGinnity-Wake said the panelists had to articulate their positions well.

Lubenow said he found the debate fun and also appreciated being challenged by the moderators.

“It’s good to show that we can come together and actually talk about issues,” Lubenow said.