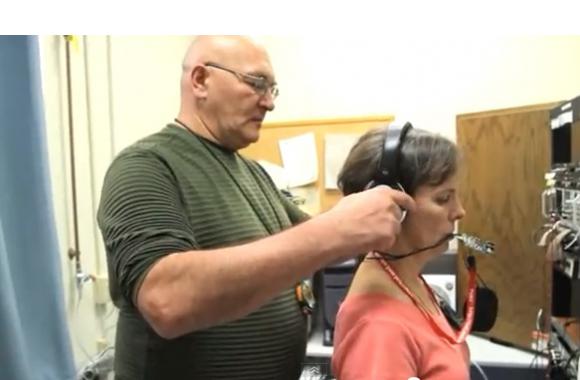 A University of Wisconsin laboratory’s inquiries into neuroplasticity prove that brain damage does not have to be permanent.

Researchers at the Tactile Communication and Neurorehabilitation Laboratory, founded in 1992, use the Portable Neuromodulation Stimulator device that they developed in 2007, known as PoNS, to challenge the notion that the brain cannot heal or adapt after brain damage or trauma.

The PoNS device stimulates and strengthens the brain after previous brain damage.

“We believe that the electrical stimulation predisposes the brain to modify its function more effectively for rehabilitation,” Kaczmarek said.

Dr. Yuri Danilov, a neuroscientist in the lab, said these tingling sensations exercise the neurons, which transmit nerve impulses to the brain to keep it functioning properly after trauma. When the brain faces a challenge, it finds ways of meeting that challenge by rerouting signals in some way, forming new connections or changing the chemical environment surrounding the neurons, Danilov said.

The brain’s ability to reorganize in response to new information, needs and pathways is known as “neuroplasticity,” Danilov said.

“Neuroplasticity is the essence of our life,” Danilov said. “Humans are capable of learning because of neuroplasticity.”

New information is a challenge for people’s brains to learn, and “neuroplasticity” is one of the reasons new information can be preserved in the brain. 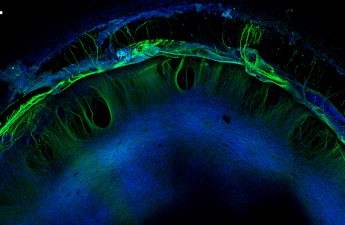 The device has already proved its effectiveness on people with multiple sclerosis, who showed improvements in balance in comparison to those who received the placebo PoNS device, Kaczmarek said.

Kaczmarek said the TNCL uses “maximal challenge” tests where individuals practice a certain movement for about 20 minutes without frustrating them while they receive tingling sensations from the PoNS device. Circuits in the brain that are responsible for controlling those movements will then improve their function as the PoNS device strengthens the neurons carrying that information to the brain.

“By using maximal challenge with 20 minute paradigm and combining that with the PoNS device we are trying to make this process as efficient as possible,” Kaczmarek said.

The TNCL is an interdisciplinary lab composed of a team of individuals ranging from biomedical, mechanical and electrical engineers, physical therapists, neuroscientists and student trainees.

In the past, TNCL has developed other devices for sensory substitution of touch and sight. If someone is blind, they can still get facial recognition through the sense of touch through the PoNS device, Kaczmarek said.

Researchers at the TNCL have also worked with victims of multiple strokes, Parkinson’s disease and multiple sclerosis.

The TNCL research and the PoNS device have the potential to change the lives of people who believed their brain trauma would inhibit their lives forever, Kaczmarek said.

“The overall goal of the lab is to help improve overall human performance in one way or another, particularly neurological performance,” Kaczmarek said.