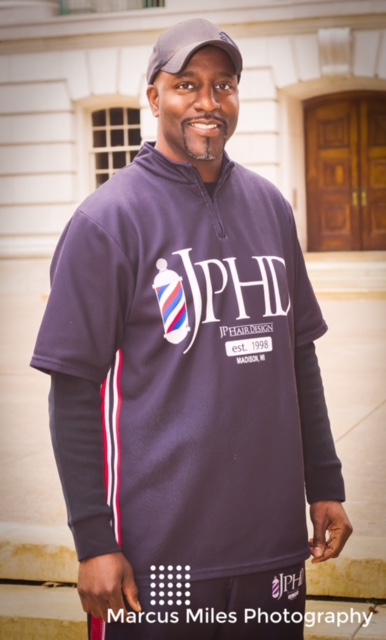 One Dane County organization is hoping to address health disparities for men of color by focusing their efforts in one unique location: a Madison barbershop.

The Rebalanced-Life Wellness Association, a Dane County organization that focuses on reducing health disparities, opened the Men’s Health and Education Center inside of the JP Hair Design Barbershop Oct. 4. The center will educate around 800 men of color who visit JP’s Barbershop each week on prevention and maintenance of chronic health conditions, healthy living, nutrition and meal preparation.

The center is sponsored by SSM Health and funded through RWLA’s Helping Dane County to be Healthy grant program. SSM Health’s three-year grant is valued at $90,000.

Because communities of color often experience a lack of adequate housing, quality education, employment opportunities and access to health care, men of color are at a higher risk of having health problems.

Aaron Perry, president and CEO of the RLWA, said the Men’s Health and Education Center started as a way to reach more men of color.

“When we looked at the health disparity, we were not pleased with the progress we were making,” Perry said.

The Center is part of RWLA’s bigger goal of ensuring that residents living in underrepresented communities, who bear the heaviest burden of disease and poor health status, have the opportunity to live fuller, healthier lives, Perry said. 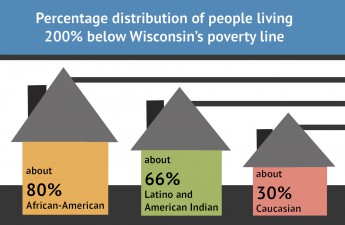 Perry said seven years of research kept leading them back to barbershops — a place where getting health information to these men would be easiest.

“The thought is that if men of color struggle to go to the doctor, we are going to bring the doctor to them,” Perry said.

Jeffrey Patterson, owner of JP Hair Design Barbershop, said there will be a doctor and nurses who visit the center once a month to conduct blood pressure checkups. There will also be expert educational pamphlets on cancer, diabetes, heart disease, mental health, sleep, obesity, weight management and more.

“When we set out to do this we literally looked at all of the different health conditions relevant to black and hispanic men, and what we tried to do with the center is from A to Z get all of that information inside the barbershop,” Perry said. 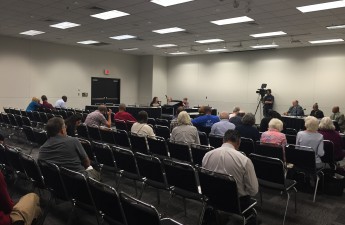 Perry said RWLA is entering its second year. During the first year of RWLA’s Helping Dane County to be Healthy program, Perry said they saw an improvement in the amount of men doing physical activity.

They created a “black men running group” as part of the initiative where a group of 42 men run between one and six miles twice a week.

“We’ve seen men go from not running at all [to running every week],” Perry said. “We even had one guy do a half iron man and half marathon, and there have been numerous 5Ks.”

This running group and other health educational programs have yielded a significant group weight loss. Perry said one man lost 60 pounds and no longer needs to take any blood pressure medications.

Perry said they are aiming to increase the number of men working out and losing weight during their second year by sponsoring a “Biggest Loser” contest.

“We want this to be the most significant weight loss for men of color that this city has seen,” Perry said.

They are still working out details, but nutritional guidelines and regular health check-ins with a health consultant will be part of the contest.

They are aiming for 50 to 75 men to participate in the 90 to 120 day contest, and they are even looking at rewarding the winners with two roundtrip tickets to a destination in the U.S., Perry said.

In addition, Perry said they are outlining a class on diabetes education and smoking cessation that will be taught at the center.

Perry said the concept of a Men’s Health and Education Center has never been attempted before anywhere in the nation. RWLA is hoping this model can be replicated nationwide as part of a franchise.

“We have had screenings in the barbershop nationwide, but no one has taken it a step further and actually opened a Men’s Health Center in the barbershop,” Perry said. “We believe this model is something that can be implemented nationwide.”

The barbershop is located at 584 Grand Canyon Drive in Madison.