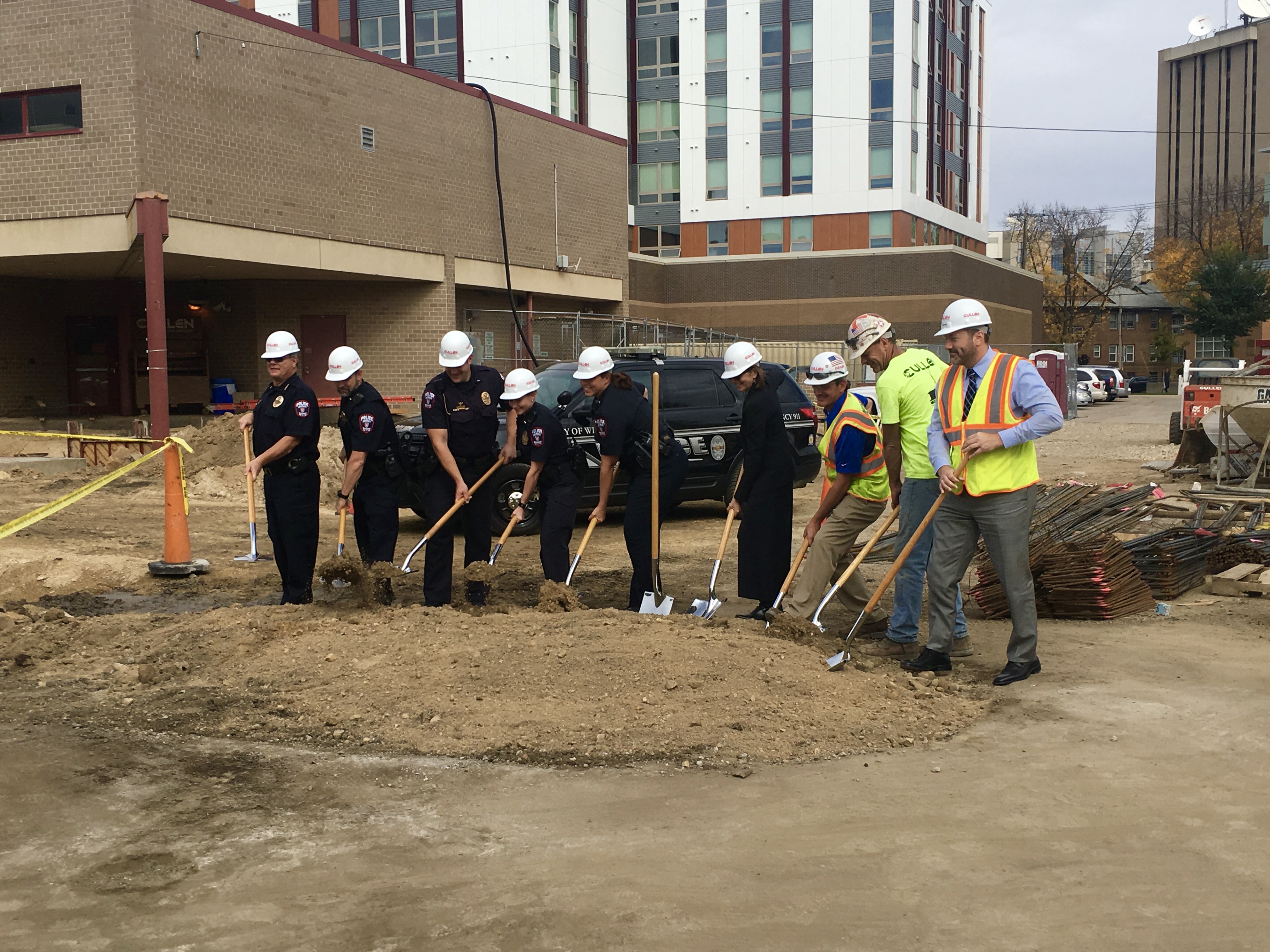 The University of Wisconsin Police Department at a ceremony Wednesday broke ground on a $4.8 million expansion of its headquarters.

The expansion includes an addition behind and around the current headquarters that will more than double its current size. In between the current standing buildings, UWPD spokesperson Marc Lovicott said the addition will have a training space and new offices on the second level above a garage.

The two-story addition totals around 24,000 square feet. The garage will house squad cars and will also include a sally port to help transport detainees.

UWPD applied for expansion permits in July of 2016 but bridges said their was discussion about the project for years prior.

The front view rendering of UWPD headquarters once completed. (Photo courtesy of UWPD)

UWPD Interim Chief Brian Bridges said they started planning the construction a year and a half ago.

“It’s no easy task to build a major addition while you’re open 24/7 with arrests coming and going, serving the campus day in and day out,” Bridges said. 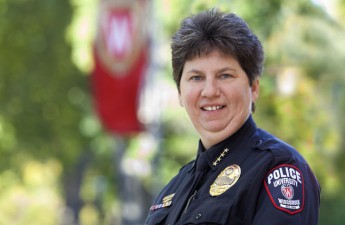 Jeremy Shecterle, vice president of the Janesville and Madison divisions of JP Cullen, the construction company on the project, said people do not see what it takes for the police department to continue keeping the campus safe.

Shecterle said as an alumnus on campus the project is something important to him.

“We’re happy to be able to lend our expertise to the state, the campus and the police department to provide a new facility for them to continue the high level of service that they already provide,” Shecterle said.

Bridges said their original move into the current building about 27 years ago was a big improvement — they were coming from a remodeled apartment building. He said after a while it became too small.

He said after 9/11 the department took on more responsibilities and needed more space besides their current location so some UWPD officers had to move into parts of the Air Force ROTC building next to their headquarters and in offices at the School of Nursing.

“One of the things that we hear most frequently when we do department surveys is that it’s hard to get the work of the campus and the department done when you don’t get to see each other very often,” Bridges said.

He said they are really excited to bring everyone back together. 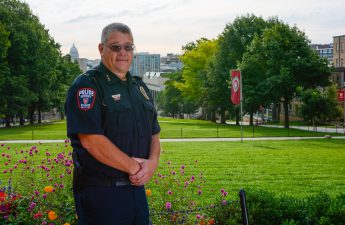 Lovicott said currently the biggest challenge is the lack of space because many people have to share an office, forcing many to have three people working in one room.

Lovicott said eventually everyone will be in one space. Once the addition is completed in August, there will still be some remaining shelled out spaces waiting to be finished for later, if they secure extra funding.

“People need good space to do their jobs effectively,” Bridges said. “Space isn’t everything, but having space that suits the business of the organization will really help.”

UWPD and JP Cullen plan to complete the project by fall 2017.