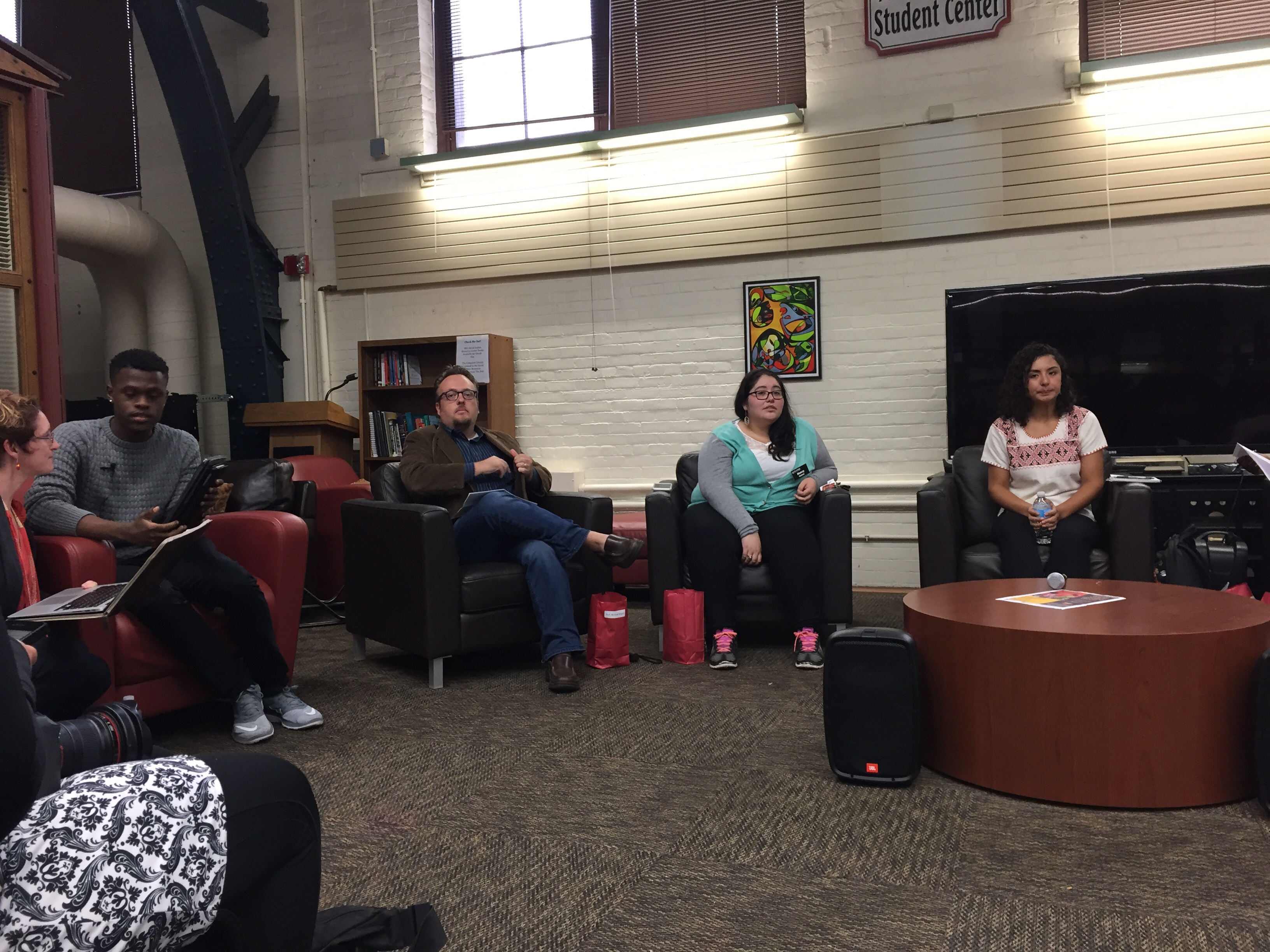 The National Association of Black Journalists at the University of Wisconsin and members of the Multicultural Greek Council co-sponsored a discussion panel Wednesday to stress the importance of Black, Latino and Asian American voter participation in the upcoming presidential election.

“The Black and Brown Vote: A Discussion About Civic Engagement in the Current Political Climate” featured a discussion about the historical role of people of color in democracy while also offering suggestions for how they can get involved in the community.

The discussion, consisting of a panel of four experts and two students, centered around importance of civic engagement not only through voting, but also through education and community-impact awareness.

Cindy I-Fen Cheng, a professor of History and Asian American studies, said she worries about immigrants and foreign born students because of the anti-immigration sentiment expressed during the 2016 election cycle.

Though the economic downfall of 2008 was caused by the mortgage crises, I-Fen Cheng said this did not prevent many from scapegoating immigrants as the root cause.

“During that election year [2008], these people had no voice and could not vote, so where is the push back?” I-Fen Cheng said.

Jessica Franco-Morales, a senior studying political science and international studies, said her status as a first-generation American motivated her to push back.

Because of their status as immigrants, Franco-Morales’ parents remained apolitical because they wanted to lay low and not question the system.

By questioning the system, social injustices about communities of color are raised and connections can be drawn prompting community members to be actors of change, Franco-Morales said.

The panelists focused on non-traditional methods of civic engagement, which included pushing back against racial stereotypes and demanding change.

Michael Wagner, an associate professor in the School of Journalism, said civic engagement is a long, continuous process that yields both positive and negative results.

“Democracy is for losers,” Wagner said. “What I mean by that is that if you don’t get what you want, there is always another chance in democracy.”

Mariam Coker, vice chair of ASM, said pushing back involves demanding change from UW administrators. The best example of this is the program “Our Wisconsin”.

“Our Wisconsin” is the pilot cultural competency training operating in four different residence halls this semester. The program came after students, faculty and staff demanded administration do something to improve campus climate.

Throughout the discussion, patrons were able to live tweet questions about the election and civic engagement through the hashtag #BABV16.

The power to change is in the hands of students who form institutionalized groups that are sustainable after leaving college, Coker said. This starts with voting, education, critical thinking and community awareness.

“The issues are transient, and your job is to seize the moment,” I-Fen Cheng said. “You are still a citizen of the world and the society within it so be brave and and go out.”