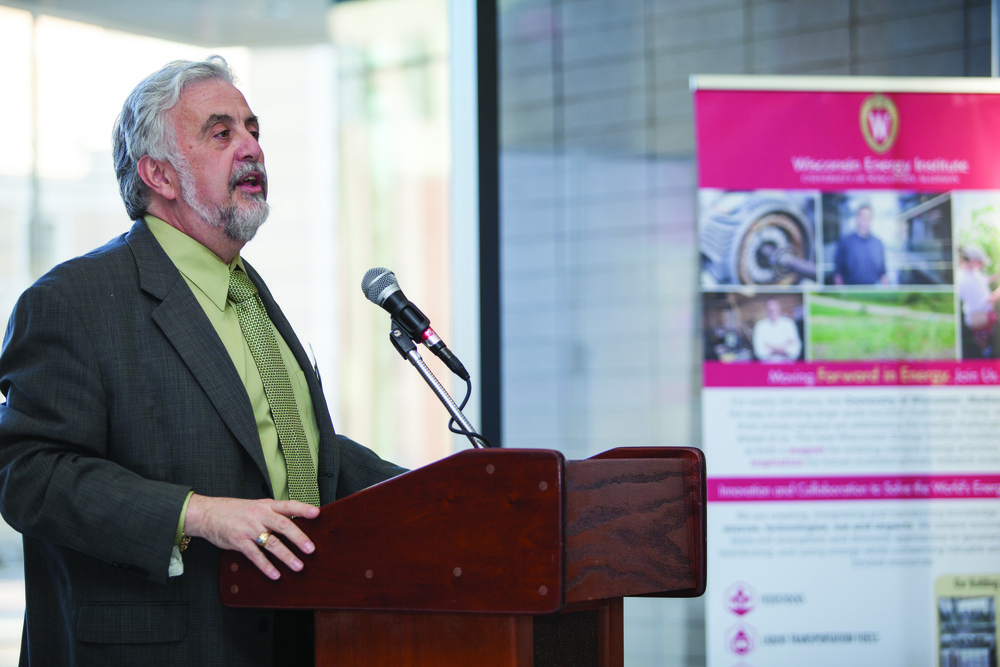 Donohue said his research focuses on working with bacteria that is adept in converting renewable nutrients into fuels and chemicals. These bacteria use sunlight and certain types of plant material to create biofuels.

The UWF Chairman Fetzer-Bascom professorship is awarded to professors who have distinguished themselves with their research, teaching and contributions to the university. Donohue said the professorship lasts for five years and provides $10,000 per year to support research. It also adds a $5,000 salary adjustment during the five years.

Donohue, who has been working at UW for 30 years, said he did not even know he was being considered for the professorship. He said he was pleasantly surprised to receive the award.

“It’s been an amazing experience to work at this university and to be able to have these opportunities to do research and train students both in my lab and classroom,” Donohue said.

Donohue said he also supervises the Great Lakes Bioenergy Research Center, which carries out similar research to his own. The Department of Energy has funded GLBRC for 10 years. Now, GLBRC has requested additional funding as well, he said.

The renewable energy these bacteria generate can be used instead of petroleum to fuel different objects, Donohue said. It also puts agricultural waste to use since this is what primarily serves as the plant matter that the bacteria break down.

Donohue said he hopes his research will be applied to power objects like vehicles and have implications worldwide. He said a large part of his research is to keep the Wisconsin Idea alive.

“This really is an opportunity for us to give renewable energy as part of the Wisconsin Idea portfolio of things we do to make a difference in people’s lives,” Donohue said.