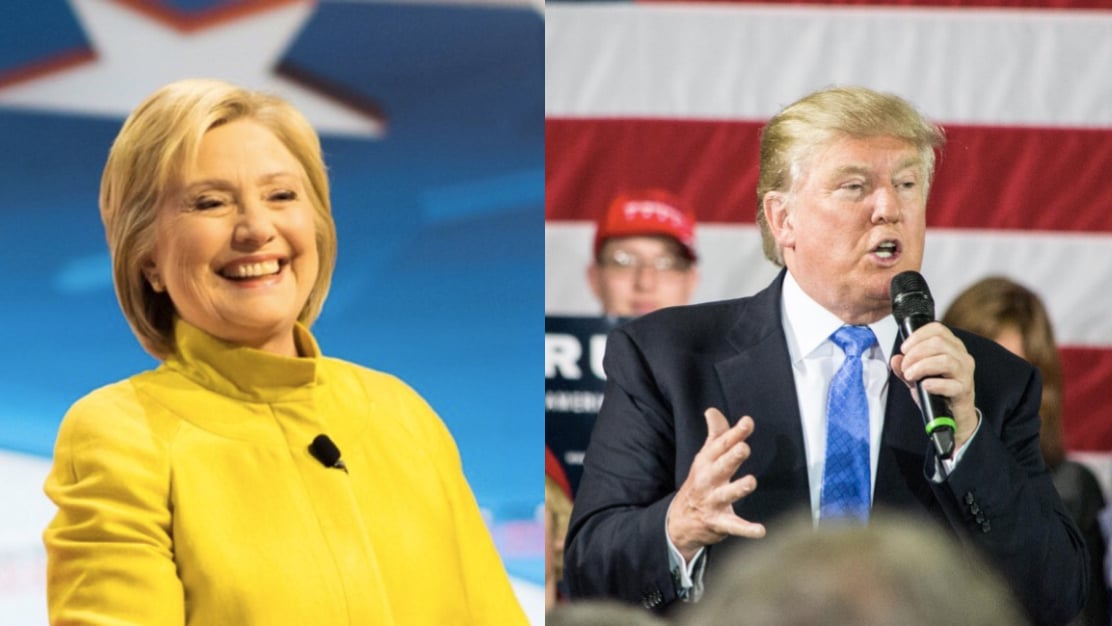 College Democrats and Republicans each hosted their own events to watch the debate. College Republicans formally announced their endorsement of Trump Monday. The college GOP organization at Harvard and some at other Ivy League schools have refused to endorse Trump.

Trump pushed his policies to keep jobs within the United States and implement the “biggest tax cut since President Ronald Reagan,” while Clinton spoke about her plans to rejuvenate the middle class, implement equal pay and raise the minimum wage.

Alex Walker, president of College Republicans, said the members of the student organization gave overwhelming support for Trump. He said since Trump is the Republican nominee, they thought they should stand with their party in the endorsement of him as president.

Eliana Locke, College Democrats’ press secretary, said she was “disappointed” with the College Republicans’ endorsement of Trump but was not surprised. She said it was expected that they would support Trump considering the Republican party did so itself.

During a question on Trump’s tax returns, the candidate said he would release his tax returns after Clinton would release the 33,000 deleted emails, prompting an enthusiastic round of cheering from College Republicans.

“I hope to see Hillary Clinton be more exposed for a lot of the past and the things she’s done that have gone unnoticed,” Walker said. “The media doesn’t cover it enough.”

But Clinton did openly admit that using a private email address was a “mistake.” College Democrats cheered in support of Clinton taking responsibility for her actions. 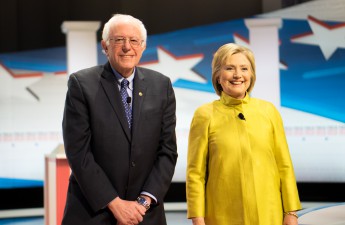 What UW students should take away from Milwaukee’s Democratic DebateTwo days removed from the New Hampshire primary, former Secretary of State Hillary Clinton and Sen. Bernie Sanders, I-Vermont, went head to head again at the Read…

Clinton also brought up her plans to make college debt-free, which included being able to refinance student loans at a lower rate. She said making college more affordable would “boost the economy” and help rebuild the middle class.

College Democrats president Augie McGinnity-Wake said Clinton’s stance on college affordability is important because Republican legislators are not bringing it up at all. He said Trump and U.S. Sen. Ron Johnson, R-Wisconsin, do not consider student debt to be a “real issue.”

Both candidates also touched on the national racial climate. Clinton said it is important to restore trust between the community and law enforcement, while Trump pushed for stricter “law and order.”

College Democrats jeered at Trump when he said “illegal immigrants” are responsible for criminal activity. Trump said the police are too afraid to do anything with such people and need to be trained better.

Walker said he believes it is important for everyone to watch the debates to get more information on the candidates and to hear their viewpoints for themselves. He also said it is a way to watch the candidates’ plans for the presidency without a media or outside-group bias.

McGinnity-Wake said students should be involved in the election process as much as they can. The election’s outcome will directly impact students, which is why every debate watch and vote counts, he said.