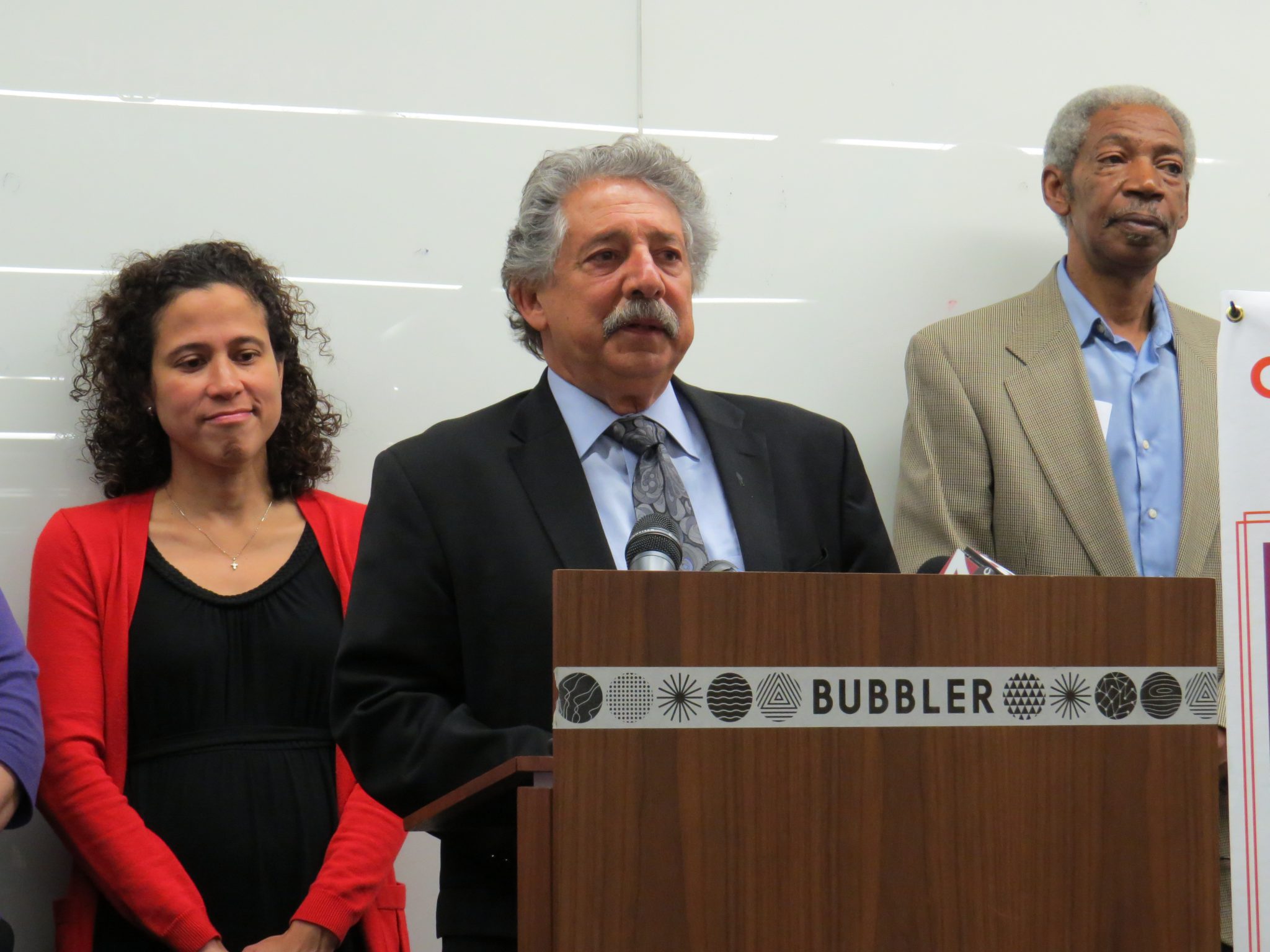 Mayor Paul Soglin announced the opening of 13 new absentee voting locations in Madison to make voting more accessible for everyone at a news conference Wednesday.

In the past, only one Madison location was available for absentee voting. Approximately 25 percent of ballots cast in Wisconsin are absentee, City Clerk Maribeth Witzel-Behl said. The government has mailed out nearly 5,000 absentee ballots.

“The history of this country, from its founding, can be tracked with the expansion of voting rights,” he said. “From its founding to today, we’ve seen a continued struggle by people who are dedicated to our democracy to make the ballot box accessible.”

Voters can now register to vote and cast an early ballot at 14 different sites around Madison. These include all Madison public libraries, the city clerk’s office, Edgewood College, two spots on the UW campus and Streets East, a self-help refuse drop-off site. Although most of these locations open Sept. 26, the three college sites don’t open until late October.

Madison to expand early, in-person absentee voting sites across the cityFor the first time ever, Madison is opening multiple doors around the city for residents and students to cast early Read…

Witzel-Behl said there are many benefits to partnering with Madison’s libraries to expand voting opportunities.

“We are very excited to be working with the libraries, and they’ve had such wonderful attitudes about taking on this additional work,” Witzel-Behl said. “We’re hoping that it’s going to be a lot easier for people to cast their ballot.”

She also said one advantage to having libraries as in-person absentee voting locations is they already have members’ addresses on record.

Madison Public Library Director Greg Mickells said the libraries have convenient hours for voters with regular work days who might otherwise find it difficult to get downtown.

Ald. Mike Verveer, District 4, said this is the first time in history Madison has been able to offer early voting throughout the city so many weeks before an election.

All voters will need to present is some form of acceptable voter ID in the upcoming election. Molly McGrath from Vote Riders, a nonpartisan outreach advocacy group, said she hopes to clear up some of the confusion about the voter ID law.

“If you’re a confused voter right now, that’s normal, and you’re not alone,” McGrath said. “Now that the dust has settled and voters are unsure, I want to set voters absolutely straight on photo ID.”

Valid forms of ID include a driver’s license, state ID, passport and veteran’s affairs card. Vote Riders has a helpline to help citizens get the documents they need to vote and they provide transportation to the DMV. Information about what is required to vote and how to obtain a free photo ID is also located on the City Clerk’s website.

What UW students should know about Wisconsin’s August primaryVoting season is in full swing and while many students know who’s on their ballot in November, the upcoming August primary Read…

“This is a bold and necessary proposal put forth by the city leaders of Madison, Wisconsin, and I applaud them for that,” Jones said. “It will make a difference in the pursuit of justice and equal opportunity.”

Absentee voting in the Clerk’s office ends the Friday before the election. Soglin stressed the importance of citizens getting out to vote early, not only to ensure everyone gets to vote, but also to reduce lines at the polls on voting day.

He encouraged students in particular to get out before 4 p.m. to avoid the anticipated rush during the presidential election.

“Students, particularly students who are voting for the first time, should get organized now,” Soglin said.