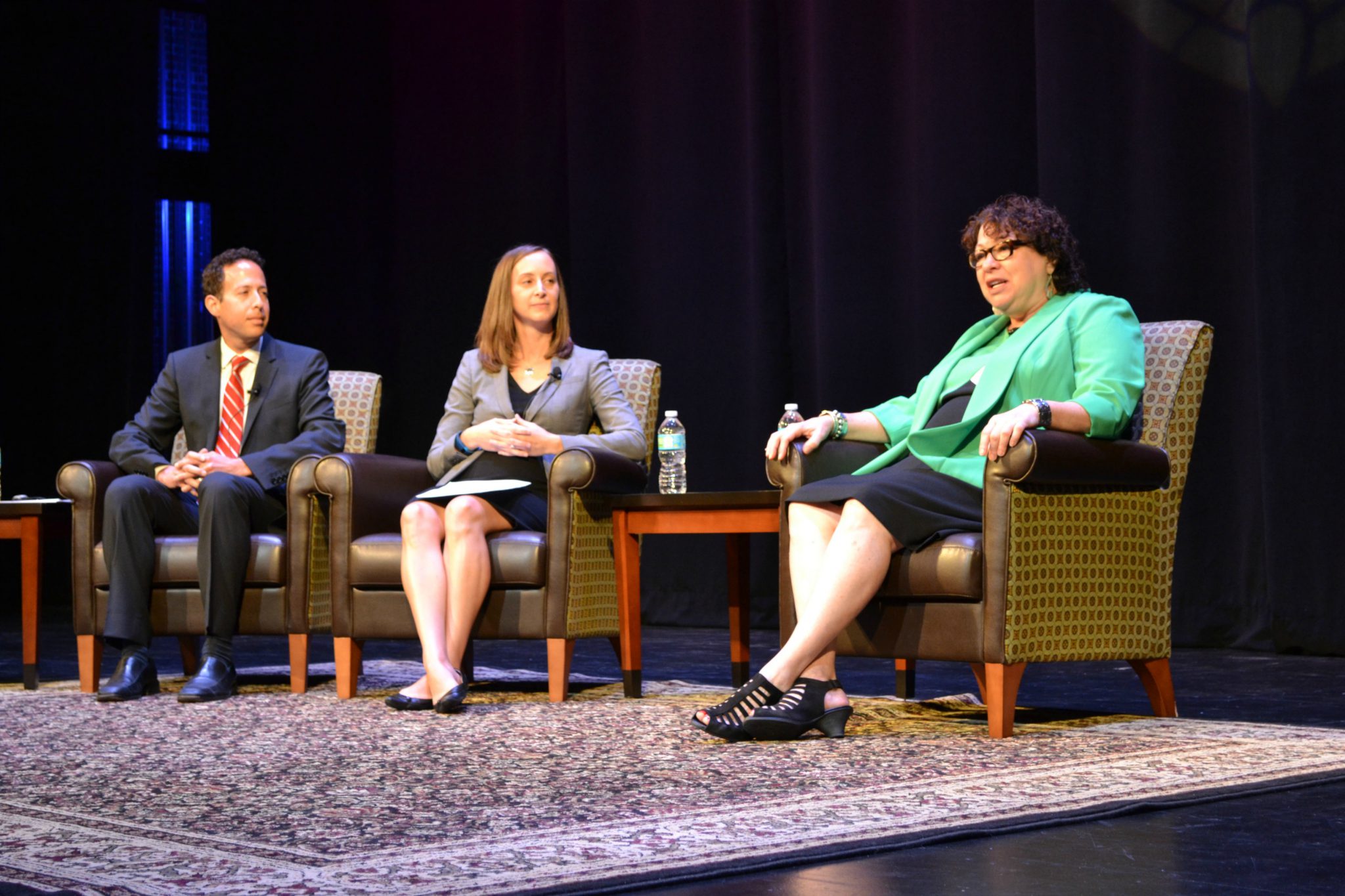 U.S. Supreme Court Justice Sonia Sotomayor addressed an audience of more than 1,000 people about the American judicial system and the time she has spent working for the courts in Memorial Union’s Shannon Hall Thursday.

Sotomayor spoke as part of the University of Wisconsin Law School’s Robert W. Kastenmeier lecture series. The annual lecture brings distinguished people from the legal field together to engage in discourse.

One of Sotomayor’s career goals is to educate the public about the court system through dialogue. She said it’s important to relate to the community and keep an open mind as a judge, she said.

“If I can talk to the general public about me and my colleagues’ passion for law, then maybe we can change people’s perception of the court as a distant and unknowable institution,” Sotomayor said.

The American judicial system as a whole has its merits and faults, according to Sotomayor, and the system does well in trying to teach judges to be passionate, fair, decent and impartial. She said there is also a sense of ethics embedded in the culture that is hard to teach and is the “best thing” within the system.

But Sotomayor said the judicial system needs to work on making itself more representative of people. Everyone should have an equal opportunity to access the courts because each individual has their own cultural experiences and backgrounds, she said.

“To speak the word ‘justice’ means that with it comes responsibilities,” Sotomayor said. “We have unequal representation of people in our court system and that provides an injustice that we don’t pay enough attention to.”

Such issues could be addressed if every person remembered his or her impact on others, Sotomayor said, and remaining open to the possibility of being wrong can be helpful in the long run.

Sotomayor said she has always tried to be a “citizen lawyer” and understand that someone’s win is also someone else’s loss.

“Never forget that justice has a price,” Sotomayor said. “Whenever you’re happy about one of the outcomes think about the other side.”

There are several common misconceptions about the court system, Sotomayor said, and one is that the Supreme Court can overpower the lower courts’ decisions. Sotomayor said after working in both lower and higher courts, she noticed there are marked differences between both that make their decisions unique and separate from each other.

A majority of cases that are processed in the lower courts don’t ever reach the Supreme Court, Sotomayor said. The Supreme Court hands down their verdicts based on facts in the law as a whole whereas lower courts, like appellate courts, take a more case-by-case approach.

Each type of court has its advantages and disadvantages, Sotomayor said. While the Supreme Court looks at the boundaries of the law as a whole, it often ignores the individual case, whereas lower courts can sometimes become too focused on the individual, she said.

Both courts, however, look to uphold the law as it develops over time, Sotomayor said.