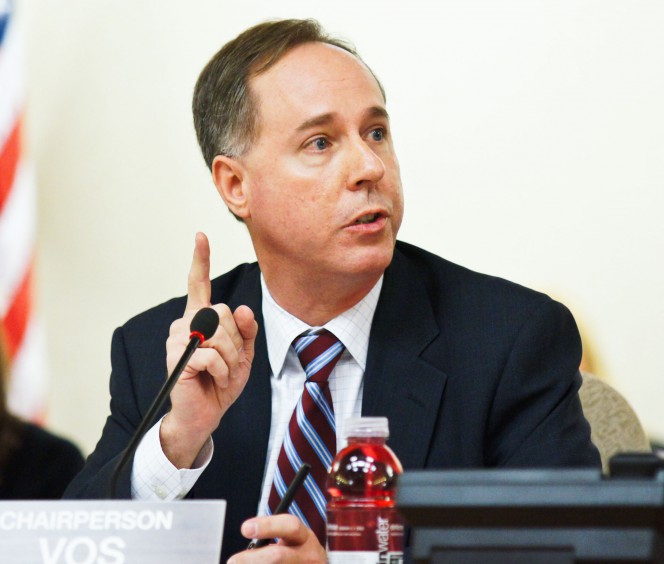 Their agenda outlines their goals for the session and discuses policies that could achieve those goals. It also highlights existing policies that they consider successful.

The agenda is divided into three parts that deal with improving Wisconsin’s economy, increasing opportunities and creating safe communities for families. Assembly Speaker Robin Vos, R-Rochester, said in a statement these are priorities for assembly Republicans.

“By focusing on these priorities, the majority caucus will work to keep the American dream within reach for Wisconsin families,” Vos said.

Within these goals and policies, one of the most significant is upholding the tuition freeze in the upcoming 2017-19 biennium budget, which has been in place for the last four years. Republicans say the freeze has saved students over $6,000 in four years and will be useful in making college more affordable.

But Assembly Minority Leader Peter Barca, D-Kenosha, said in a statement that Republicans have not addressed student loan debt in their agenda at all. He said there is also no indication of how the tuition freeze will be funded.

“They’ve gutted the UW System by a quarter billion dollars,” Barca said. “Education is clearly not a priority for them.”

Assembly Republicans also look to provide a computer or tablet for every high school freshman. Vos said providing such technology to freshmen is part of the “1:1 learning initiative.” This initiative seeks to make the future generation more “tech savvy” and ready to develop the state economy.

Gov. Scott Walker said in a statement that he looks to include a sales tax holiday in the 2017-19 biennial budget, which is part of the Republicans’ agenda. This holiday will either temporarily lower or remove taxes on some school supplies during the back to school shopping season, he said.

Vos said the agenda shows Republican commitment to finding “long-term solutions to the transportation funding crisis.” Republicans look to examine every option that could possibly fund Wisconsin transportation. They will also analyze the Legislative Audit Bureau’s audit of state highways to come up with more financial sources.

Republicans are also considering introducing tolls to provide funds for transportation. But Barry Burden, a UW political science professor, said there is still no clear outline of how they will maintain such funds and provide new ones for things like computers without increasing taxes.

Burden said tax reform could be the most consequential part of the agenda, but it is also the least specific. According to the agenda, Republican lawmakers will hire economists to study Wisconsin’s tax structure.

The agenda also briefly discussed tax policies for olympic athletes’ winnings, improving services for veterans, technical education and broadband connection for all, among other goals.

Over the past five years, the Republican majority has been quite successful in passing major pieces of legislation, including significant budget and tax cuts, restrictions on collective bargaining, concealed carry and much more, Burden said. But the new set of proposals is much more modest in scope he said.

But Barca said despite all these suggested reforms, Wisconsin still lacks in several areas including startup activity — where the state ranks last — job creation and workers’ rights. Burden said the agenda has merit but cannot be realistically enacted within the next biennium. Republicans might need to settle on a smaller number of priorities, Burden said.

“It is eclectic mix of policy proposals and topics,” Burden said. “Each one might have merit but they are not connected to one another in a coherent way.”