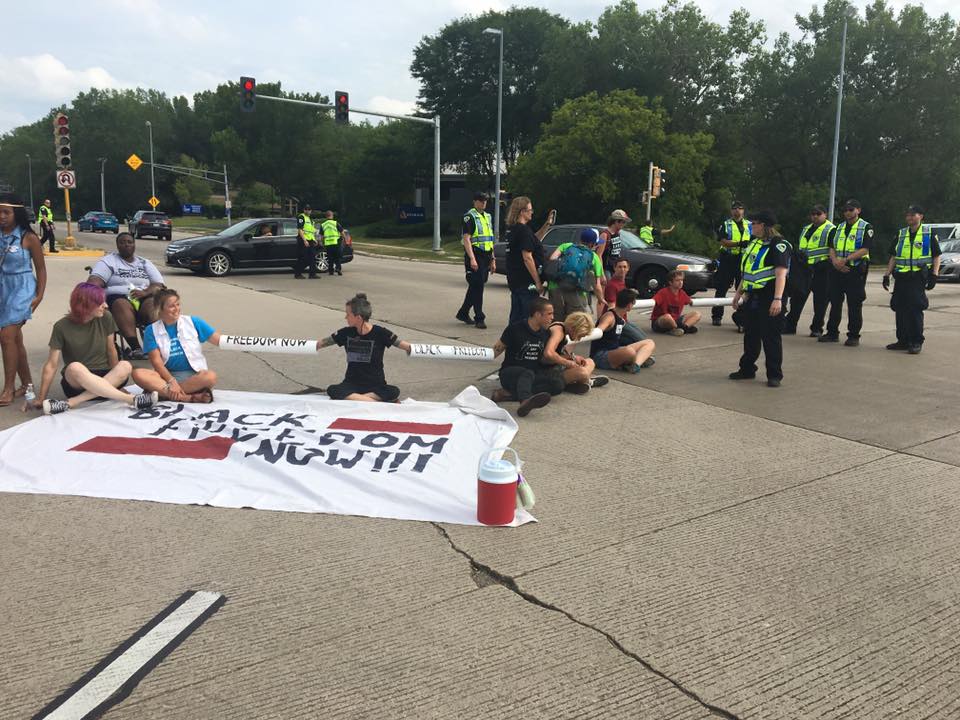 More than 50 people gathered to protest for community control over police on John Nolen Drive Thursday, resulting in traffic delays, obstructions and arrests.

According to a statement from the City of Madison, protesters represented several groups including Freedom Inc., Young Gifted and Black Coalition, Groundwork, No New Jail and First Unitarian Society, among others.

On their Facebook page, Freedom Inc. said the protest was meant to promote community control over police and accountability.

The protest began at 660 John Nolen Drive, home to the Wisconsin Professional Police Association and other businesses.

According to Channel 3000, Freedom Inc. planned to protest at this location as part of National Day of Action for Community Control. Protesters left the building after police asked them to and moved onto the intersection between John Nolen Drive and Rimrock Road, according to the statement.

Protesters sat in the intersection and bolted their arms with chains and PVC pipes so police could not separate them. The protesters’ activities caused traffic delays during rush hour. The obstruction also created a safety hazard for motorists and pedestrians, causing several near-crashes and blocking ambulances en route to hospitals.

Most protesters cooperated when police asked them to leave the road, but a small group remained at the intersection until it ended at 6.30 p.m. Officer Kim Alan said officers could not clear the intersection quickly because they needed equipment to break the PVC pipes and chains.

Ten protesters were arrested for obstructing traffic and resisting officers.