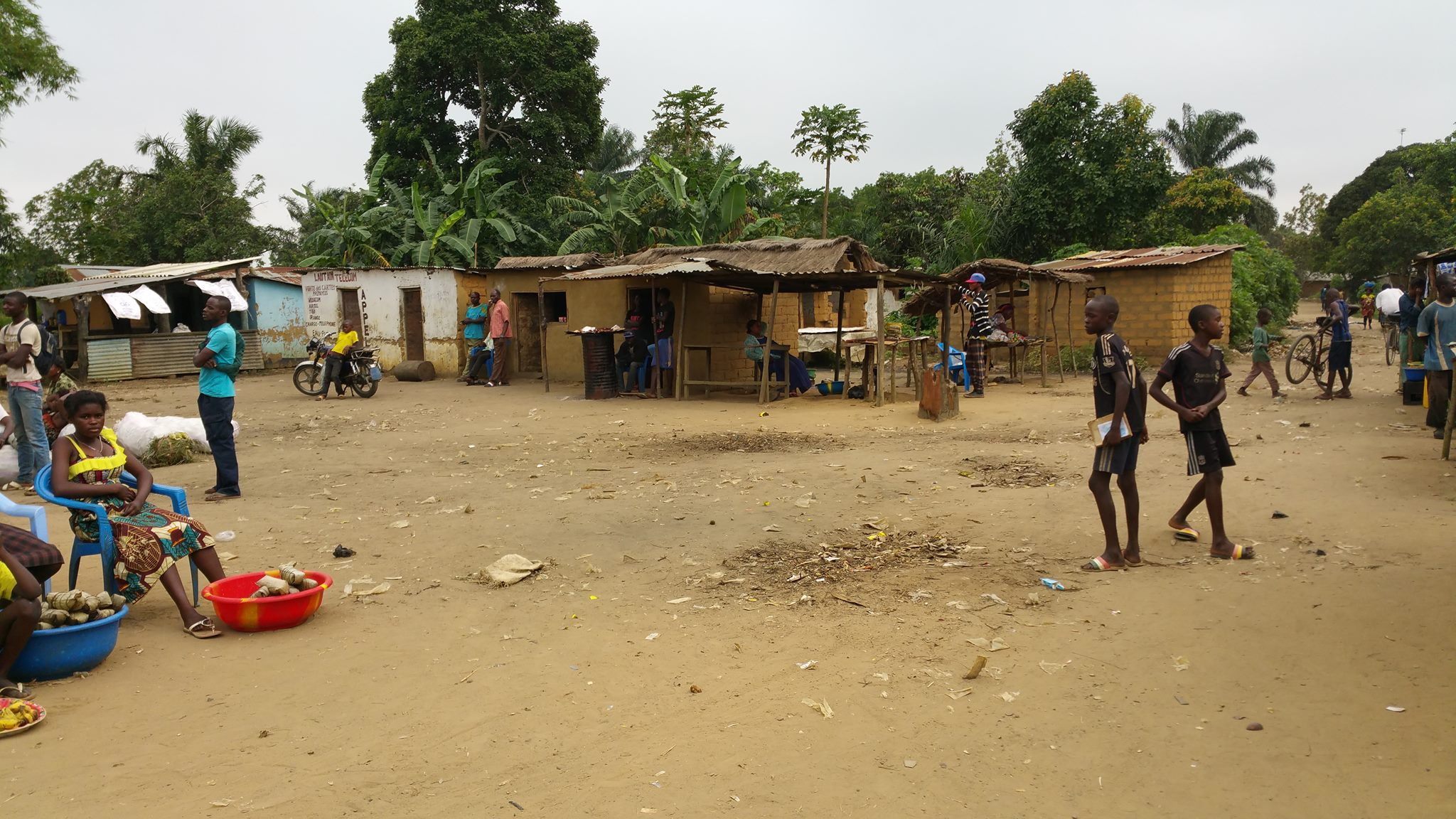 Aaron Olson left the Democratic Republic of the Congo when he was just two years old.

Upon returning to visit his family for the first time last January, Olson noticed a permeating lack of reliable access to electricity in his community.

Families had to take their electronics to diesel stations to charge their appliances or mobile phones. Combined with the cost of fuel for kerosene lamps, Olson said nearly one-third of family income is consumed by the cost to access energy.

And while a high-voltage power line is strung above the city, it bypasses the residents below.

Olson knew there had to be a better way to electrify the smaller communities of Sub-Saharan Africa.

Olson, a University of Wisconsin Ph.D. candidate of mechanical engineering, returned to Madison for spring semester and approached his classmate and friend Mehrdad Arjmand with the idea to establish solar-powered charging stations in Sub-Saharan Africa to replace the reliance on diesel and kerosene.

The company, named NovoMoto, incorporates solar power technology and monitoring software with local partners to deliver reliable electricity to Congolese residents of Mboka Paul, a small village in the Democratic Republic of Congo located one hour east of the country’s capital.

Both Ph.D. students in engineering mechanics with minors in entrepreneurship, Olson and Arjmand share in both the technical and business side of their social venture.

The two hope to provide villagers with rechargeable batteries to bring hours of light through LED light bulbs and replace the need for kerosene lamps. The batteries will also store enough energy to charge a cell phone or power small appliances, like a radio or a TV. When the charge runs down on the battery, customers can exchange them for charged units at a solar panel-powered NovoMoto control station, Olson said.

Olson said NovoMoto means “new fire,” taken from the Portuguese word for “new” and a word meaning “fire” from Lingala, a regional dialect in the Congo.

Olson and Arjmand met during an entrepreneurship course during the fall of 2014 and decided to enroll in a project-based course the following semester, agreeing to make NovoMoto their focus.

Arjmand said he is excited for the social enterprise aspect of NovoMoto, for the potential to do good through their innovation and replace kerosene in Mboka Paul with a cleaner-burning energy.

“We find that it’s a better idea to have local partners and have them have some stake in what’s going on in the community instead of us coming in [as] sort of a third party,” Olson said.

The two applied and were accepted into the Madworks Accelerator program and received a small amount of funding and guidance to continue their project.

While many of the resources on campus helped guide the two graduate students as they pursued their social enterprise, they knew they could not take their idea beyond a prototype without more serious investment, Olson said.

Then, Arjmand found the Clean Energy Trust Challenge, and though he didn’t think their idea would make it into the challenge, he decided submitting an application would force them to build on their idea.

After receiving $90,000, NovoMoto has more than exceeded expectations. Arjmand said the startup was one of just 14 teams accepted into the Midwest competition from a pool of more than 80 applicants. Only three other teams were made up of students.

As one of only four teams to win prize funding at the Clean Energy Trust Challenge, NovoMoto took home $50,000 for the Energy Department prize in the student track and $40,000 in prize funding from the Power Clean Cities Award and the Hanley Family Foundation Award, Arjmand said.

On his way to a conference, Olson was in an airport in Atlanta when he got the call from Arjmand informing them they had won three prizes at the competition. Olson said his first thought was of all the people in Mboka Paul, to whom he and Arjmand had sent energy consumption questionnaires to over the course of the last year.

“There’s a healthy skepticism from their part,” Olson said. “They’ve had promises either from the government or other people in the past. Like, ‘Oh, electricity will be here in a couple years, don’t worry,’ and this was a step forward where we actually have the funds to make that a reality, at least in one small location … That hit me first. It’s like, wow, the people we’ve been talking to this about for over a year, this can actually become a reality.”

As a component of the Energy Department student prize, Olson and Arjmand are advancing to compete for $100,000 in the CleanTech University Prize, a national clean energy competition to be held in Denver this June.

But beyond just the prize money, Armand said the competition has allowed them to network and meet people with the power to help them advance their ideas as well.

“It was kind of pivotal for us,” Olson said. “[The award money] allows us to start really planning for the future and how we want to move forward as a company.”