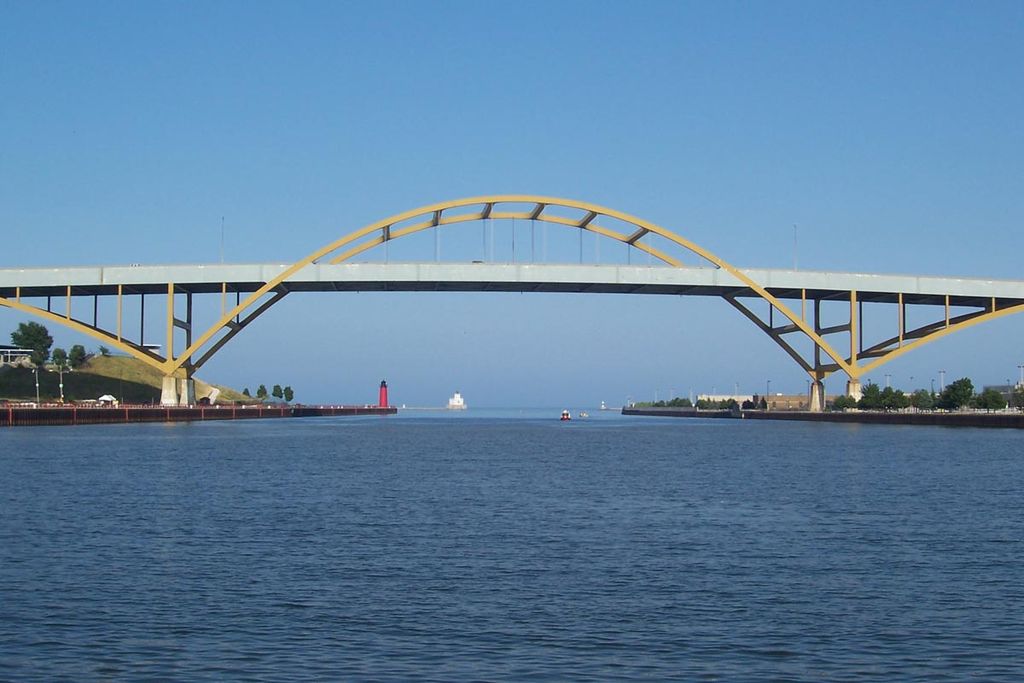 Budget cuts for Wisconsin’s transportation facilities have made it challenging to repair the state’s bridges.

Cuts to transportation in the 2015-17 biennium budget have made it more difficult to finance bridge repairs. An American Road and Transportation Builders Association study showed that 9 percent of Wisconsin’s bridges are “structurally deficient” and in need of repair. This is roughly 1,200 bridges out of the 14,000 in the state.

Brock Hedegaard, University of Wisconsin assistant professor of civil and environmental engineering, said structurally deficient implies that at least one key element of the structure is rated “poor.”

Scot Becker, Wisconsin Department of Transportation Bureau of Structures director, said the DOT inspects bridges regularly to ensure they are safe. In the event a bridge is not structurally sound, the department implements a weight limit on the bridge or closes it altogether.

Becker said no bridge in the state is currently unsafe to travel on. But budget cuts have made it more difficult to ensure resources needed to repair any unsafe bridge are in place.

“Certainly budget cuts are a challenge, but making sure that we repair bridges and keep them safe is our highest priority,” Becker said.

The percentage of structurally deficient bridges in Wisconsin is only marginally lower than the national percentage, which stands at 9.6 percent.

While the state has had a relatively clean history in terms of bridge accidents, Becker said DOT still has to be careful and maintain this status. He said the DOT works with whatever resources they have to first target bridges that need the most work and then move work on other, less serious ones.

Hedegaard said another challenge is deciding which bridges should be repaired. It takes time to assess the type of repair needed and how long it will hold up, he said. Most bridges are structurally old and in rural areas, making them more difficult to repair.

“[Old and rural bridges] are almost never cost effective to repair or replace, which is why they tend to be deficient in the first place,” Hedegaard said.

According to the study, Dane County has an urban, but “functionally obsolete” bridge that carries around 110,000 cars daily. Two other bridges in the county have been marked structurally deficient but are in rural areas and carry relatively little traffic.

Becker said other factors such as bridge-involved road accidents and a bridge’s age can also impact the bridge’s strength. When vehicles crash into a bridge, it is structurally affected.

Craig Thompson, Transportation Development Association of Wisconsin executive director, said DOT has “done a good job with resources,” but it often runs out of those resources quickly.

A combination of state and federal funds go toward bridge repair and transportation costs. But most federal funding has been stagnant and the state has cut its share of the funds in its most recent budget. Officials are currently looking for a more sustainable funding source to move forward with repairs, Thompson said.

Amending the state’s constitution to include a separate fund for transportation costs could be a potential solution to the lack of funding for bridge repair, Thompson said. Gas tax and vehicle registration fees would go into the fund. He said the implementation of this fund is a potential action to consider.

“The problem is that the resources are not there to keep up with us,” Thompson said. “[Wisconsin state government] continues to kick the can down the road.”