The student-dominated District 5 of the Dane County Board of Supervisors will be up for grabs April 5 — here’s a look at the two candidates vying for a spot on the board.

Hayley Young, former president of College Democrats and University of Wisconsin alumna, will be facing off with Associated Students of Madison representative and fellow College Democrat, Angelito Tenorio. While there is significant overlap in the key issues they hope to address, Young is banking on her experience and detailed policy proposals while Tenorio said his discipline and multicultural perspective set him apart. 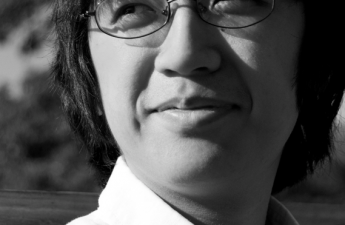 Here’s how the two differ:

A 23-year-old and recent UW graduate, Young said she has a gained a wealth of experience from her time working as an activist within the community. From volunteering with Planned Parenthood to hosting a mayoral forum through College Democrats, Young said she has learned a great deal about collaborating with community organizations.

Young said she has gained this experience because she has not had the luxury of explicit power available to ASM representatives. It is this ability to collaborate she hopes to bring to the County Board, Young said.

“The reason I’m running is I’ve spent the last four years having the opportunity to engage in the community and I hope to bring that leadership to the Dane County Board,” she said.

During her time as an activist, Young said she’s proud of her work to better engage students and the community as a whole in the political process. She said she’s done this by hosting women’s health panels and other events that have educated people on ways to be politically active beyond just voting.

Young said she hopes to continue the work the county is doing to address issues of sexual assault on campus by continuing to fund resources such as the Rape Crisis Center.

What sets her apart, she said, is her detailed policy proposals. She said unlike her opponent, she has a firm understanding of what she wants to see accomplished at the county level.

“[Tenorio] talks about addressing housing density, but that’s not in the jurisdiction of the county board,” Young said. “I’m talking about things we can actually do.”

Young also points to her numerous endorsements, including five city council and board members, as further validation of her ability to effectively govern.

As a sophomore and dual citizen of the Philippines and the U.S., Tenorio said his experiences as a multicultural student and discipline as an ROTC member give him a unique perspective on county issues.

He said he can point to a history of working through ASM to solve issues of sexual assault and mental health as proof he is committed to working for the community.

Tenorio, who has not yet selected a major, said he originally wanted to go to medical school, but after shadowing doctors, he realized there was more good to be done through public service.

“I shadowed some doctors and I realized that I wouldn’t be able to solve the underlying problems they deal with as a doctor,” he said.

During his time at ASM, Tenorio said he has served on the University Affairs Committee and worked with organizations such as Promoting Awareness Victim Empowerment and the National Alliance on Mental Illness. He said he would continue working with ASM as a county board member to ensure resources are being used to address sexual assault and shortfalls in funding for mental health counseling.

Tenorio said cleaning up Mendota Lake would be a big priority because he believes the county has thus far been “all talk and no action.” He said he hopes to put a stop to students having to swim in a dirty lake with regular algae blooms and phosphate runoff.

Tenorio said he continues to reach out to students and county board members to better understand the issues facing students and the county as a whole. Because of this, he said the issues he will focus on continue to evolve as he speaks with more community members.

“I remember summing up the courage to knock on that first door, and since then, I’ve learned a lot about campaigning and these issues,” Tenorio said.

He said he hopes to continue learning from the experience of campaigning on how best to address the concerns of students and connect with his possible constituents.

On fundamental issues, the two candidates admit there is little separating them. But Young claims her policy positions are more concrete while Tenorio believes his background speaks for itself.