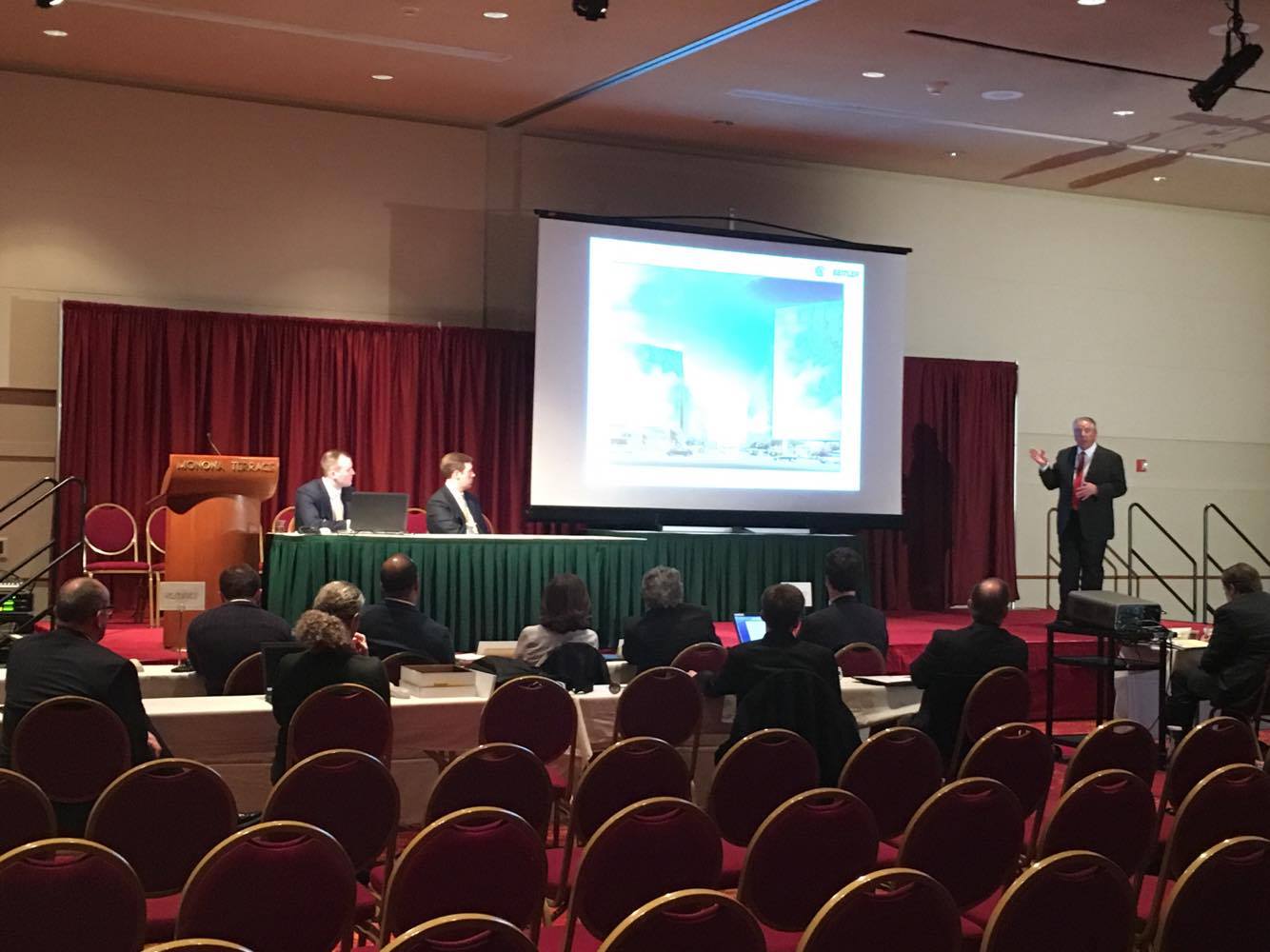 The Beitler Real Estate Services presented a Judge Doyle Square proposal to members of the Board of Estimates and Mayor Paul Soglin Wednesday that would require no city funding during development and bring new businesses to the area.

Representatives from Beitler proposed a plan drafted by architect James DeStefano, designer of the Milwaukee U.S. Bank Building, the tallest building in the state, to replace the bulky “pedestrian” buildings that currently occupy Judge Doyle Square with elegant buildings made mostly of glass.

“Jim said he wanted people to look at the buildings and see reflections of what’s going on around them,” Paul Beitler, Beitler Real Estate Services president, said. “‘Motion creates emotion’, he said.”

Beitler would build a glass parking garage on Block 88 next to the Madison Municipal Building, and a hotel and 210 units of housing on block 105, just across South Pinckney Street. The buildings on block 105 would include a Mariano’s grocery store and an LA Fitness location, Paul Beitler said.

The Beitler representatives also addressed the city’s fervent requests for underground parking rather than the above-ground accommodations described in DeStefano’s plan.

J.P. Beitler, a Beitler executive in charge of the Judge Doyle Square project, said while underground parking would theoretically allow the city to collect more rent revenue in the long run, underground parking facilities would be significantly more expensive to construct than above-ground facilities.

In addition, J.P. Beitler said above-ground facilities would provide for a more “seamless transition” in the development process.

Paul Beitler said the developer will ask the city for no funding in its development of Judge Doyle Square.

“The city doesn’t take risks; that’s the responsibility of the developer,” Paul Beitler said. “So we’ve decided to ask the city for absolutely no funding.”

Paul Beitler said the developer intends for the construction period to last a maximum of 25 months.

He also told the mayor and members of the board that Beitler operates an outreach program that will ensure those living and working in close proximity to the construction zone will be minimally disturbed.

Beitler’s plan is one of two Judge Doyle Square development plans currently under review by the city.