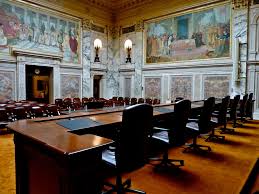 Scot Ross, One Wisconsin Now executive director, said the articles contain “hate speech” targeting gay people and people diagnosed with HIV. In the article, she condemned sex between homosexuals and made jokes about individuals living with HIV, Ross said.

“What she wrote is disgusting and she needs to resign,” Ross said.

Bradley apologized for the comments in a press conference Monday. In a statement on her Facebook page, she wrote the articles were from when she was young and upset about the presidential election’s outcome. She said she is “embarrassed” about what she wrote and said it does not reflect her current perspective.

Bradley said the release of these articles was a “blatant mudslinging campaign” that would distract people from more important issues. She defended her campaign for Supreme Court Justice and said it is “focused on the rule of law.”

The following is the full statement my campaign released to the press today.“Recently an article I wrote while a…

Bradley is running against Appeals Court Judge JoAnne Kloppenburg, who tied in votes during the February Supreme Court Primary. They will now compete in the April 5 general elections.

Ross released the statements at a press conference with support from the national People for the American Way organization. Scott Foval, regional political coordinator for People For the American Way, said in a statement Bradley’s statements were “demeaning.” Foval, who is gay and a long-term HIV survivor, said it would be difficult for members of the LGBTQ community to trust Bradley’s decisions after these comments. 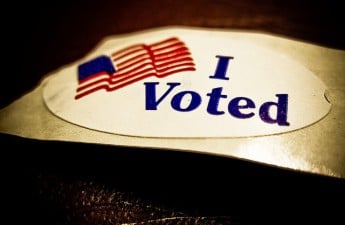 Barry Burden, University of Wisconsin political science professor, said most voters do not know enough about Supreme Court election candidates and may make uninformed decisions about who to vote for. Because voters do not know much about Bradley, her college writings could have a negative impact on her candidacy, Burden said.

But Burden said voters who do know about Bradley would most likely dismiss her writing because they “occurred so long ago” and believe that her attitudes have changed. He said future advertising will add other considerations to the race.

“The homophobic comments definitely take Bradley off her message and complicate her path to election,” Burden said.