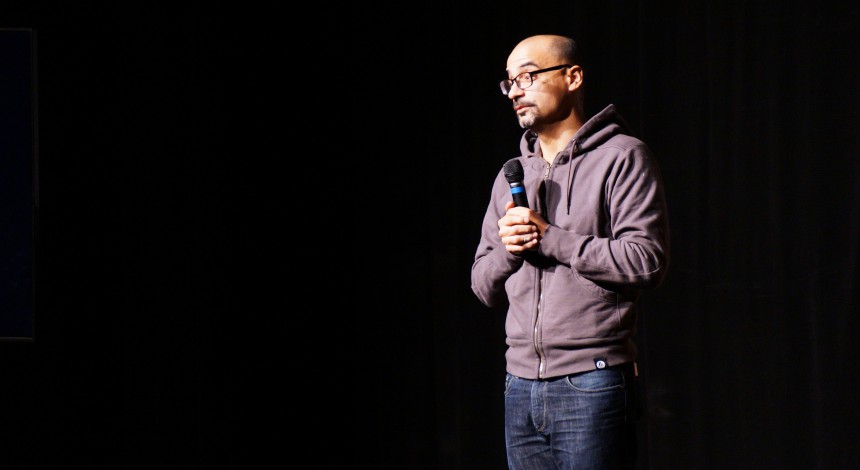 Junot Díaz, writer and creative writing professor at Massachusetts Institute of Technology, spoke Monday about his personal experience growing up as an immigrant in America as a part of the Distinguished Lecture Series.

Díaz is a Dominican Republic native who immigrated to the United States when he was 6 years old. His early love for reading led him to pursue a career in the literary world, Díaz said.

“I love books to death,” Díaz said. “I’m a compulsive consummate reader who was introduced to the world through books.”

He has written a collection of short stories including “Drown” and “This Is How You Lose Her,” and several novels, including “The Brief Wondrous Life of Oscar Wao.”

Díaz said he felt it was easier to be a published writer of color with a poor immigrant background because ever since he was a child he had had discriminatory remarks thrown at him before he could even understand the insults.

“By the time I was 10 years old I could deal with anything society threw me,” Díaz said. “Doesn’t mean it didn’t hurt, or I wouldn’t spend the rest of my life trying to heal from it.”

Díaz grew up in New Jersey, at a time when the country was highly xenophobic, and he experienced more hostility than a child should ever have to endure, Díaz said.

He faced a complex set of challenges, one of them learning English, which took him many years.

“Some of [the challenges] fade, some of them never go away,” Díaz said. “I’m never going to feel organically American. I always feel [like] an outsider.”

Díaz said his identity as an immigrant also made him deeply sensitive to immigrants worldwide. He said he sympathizes with their struggles and finds solidarity with them.

His realization that nations tend to malign and demonize the immigration community led him to become interested in social justice.

“It’s kept something alive in me that I found very valuable,” Díaz said.

Díaz read an excerpt of his short story, “The Sun, the Moon, the Stars.” In it, a Dominican man went on vacation with his girlfriend who he was cheating on. Díaz shared the story because he believed many people could relate to it.

“One of the things when you get older is you’ll often make the mistake of going on a trip with somebody you should be breaking up with,” Díaz said.