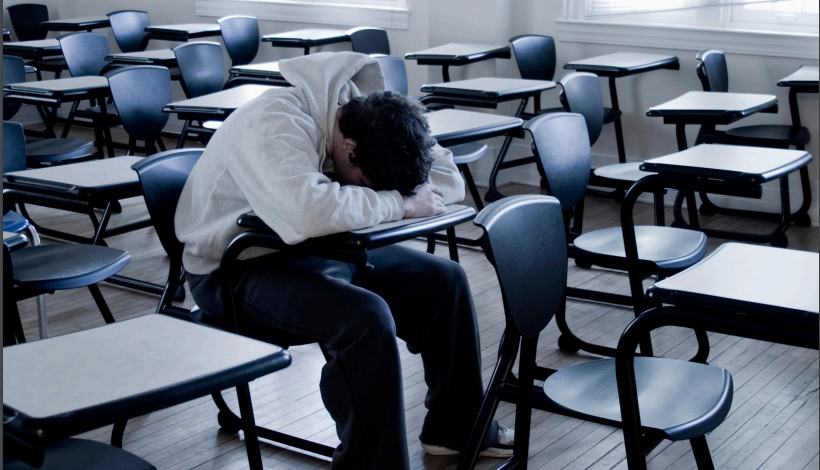 A new report by the University of Wisconsin HOPE Lab found that 52 percent of community college students in America are at risk of food or housing insecurity.

Evans said she faced homelessness shortly after beginning her academic career at UW, and prior to finally securing housing at the university, she couch surfed for five years.

An Op-Ed piece in the New York Times also featured the research.

“They’re [the findings in the report] very significant to that debate [college affordability],” Goldrick-Rab said. “There are a lot of people who claim that community college is free, and we clearly demonstrate that it isn’t.”

this is why i'm going into higher ed. https://t.co/uXw4k1lVNt thank you @saragoldrickrab

The Wisconsin HOPE Lab is the nation’s first and only research laboratory interested in improving the equitable outcomes of students in higher education, and provides translational research for practitioners and policymakers.

Broton said the team Goldrick-Rab leads studies how students pay for college, the challenges they have progressing in college and ways to help improve the college completion rates.

Focusing on 10 community colleges in seven states throughout the U.S., Broton said the lab invited 48,000 students via online survey to participate in the study. At each college they selected a random sample of students. But due to the lack of funding for their research, the Wisconsin HOPE Lab was not able to offer a monetary incentive for those who participated.

Of those invited, 9 percent responded. But Goldrick-Rab said that’s not a bad number considering online surveys generally receive few responses and students do not respond to surveys at high rates. In fact, she said, the mere 9 percent response may indicate the statistic is on the conservative side.

“Specifically, we found that 20 percent of students reported they had gone hungry in the last month due to a lack of resources,” Broton said. “And 13 percent had experienced some type of homelessness in the last year.”

Broton said food security exists on a spectrum: uncertainty about the availability of food, reducing the quality of the food one intakes to reduce the size of meals or skipping meals all together.

But with more than half of students having some type of food insecurity, she said the lab is thinking of ways in which students can be supported while striving for their academic goals.

In addition to the report, the lab provided recommendations of action that can be taken. Aside from free and reduced price lunch programs similar to that in K-12 schools, Goldrick-Rab said college students can use food stamps, and universities can provide emergency financial aid, which makes a difference.

“At community colleges, a majority of students’ college cost are related to living costs,” Broton said. “With the cost of college, the amount of financial aid that’s available and the amount of work students are putting in, they are simply falling short.”