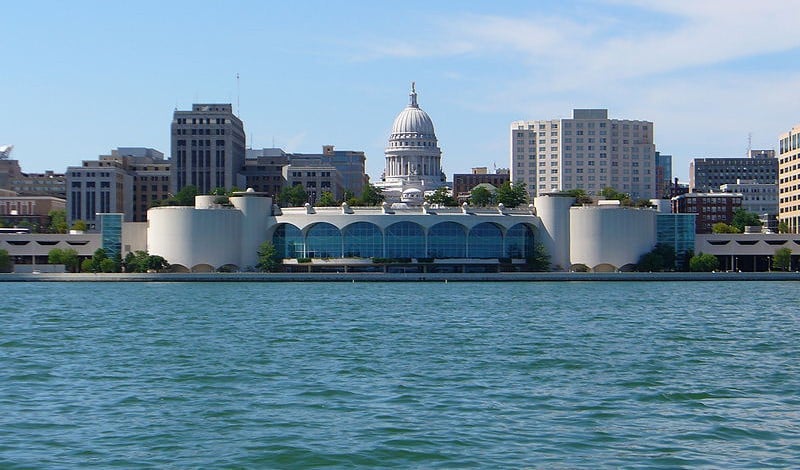 The U.S. Green Building Council awarded Monona Terrace gold status for Leadership in Energy and Environmental Design, moving up from silver status and showing the facility’s commitment to sustainability.

After LEED named the terrace the first convention center to receive silver status in 2007, the facility has been working toward gold status for the last year, Mike Waters, building maintenance supervisor for the terrace, said.

To improve the facility’s sustainability status, the terrace had to improve various measurements, including energy usage, waste output and the facility’s carbon footprint, Waters said.

Monona Terrace was designed by Frank Lloyd Wright, who emphasized merging nature with development in his designs, Fran Puleo, spokesperson for the terrace, said.

“Frank Lloyd Wright was the original sustainability guy,” Puleo said. “We like to think of his legacy when we are putting our energy toward sustainable practices.”

The emphasis on environmental awareness in the facility also draws in environmentally conscious conferences and conventions, which represent an estimated $16.7 million in economic impact to the Madison area, according to a city statement.

Some of the facility’s notable accomplishments include an energy use rating 27 percent below similar facilities and water use reduced to 46 percent below the LEED certification standards, according to the statement. The facility also donates around 8,000 pounds of food to charity each year.

Madison has a large number of other facilities that are also LEED certified, Jeanne Hoffman, the city’s sustainability and facilities manager, said. One of the fire stations has even received platinum status, a step above gold, Hoffman said.

“Every time we do a major remodeling of a building or do new construction, we are very careful to make sure we are building a building that is energy efficient,” Hoffman said.

Though Monona Terrace just raised its status, improvements are ongoing. At this point, many of the standard means of improving sustainability are already in place.

To continue improving the sustainability standards of the facility, the terrace staff will bring in engineers to help fine-tune the building, Waters said.

“All of the easy stuff has been looked over,” Waters said. “Now we need professionals to come help us find the smaller details that will give us even more sustainability.”