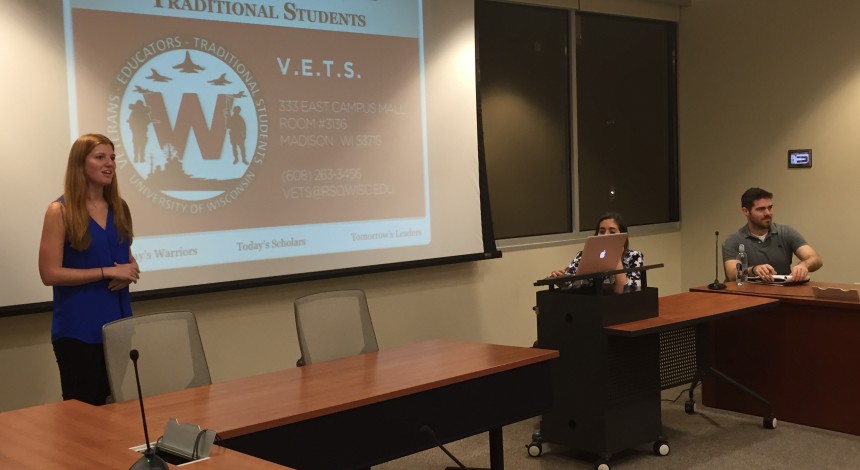 The committee approved Live Free’s overall budget of $75,565, but before the they voted, Live Free Co-Chair Carter Kofman fielded questions from the committee. Leading off, SSFC Vice Chair Brett DuCharme asked for Kofman to further justify the need for a television as a part of their proposal.

Drawing on his personal experience, Kofman said for events like game days and home football games where alcohol and drinking are prevalent sights, the TV would be part of a risk-free space for meeting at a time when there’s “nowhere else to go.”

He added that beyond being a resource for member’s independent use, the group has movie nights and presentations planned. But instead of reaching out to different locations that have the proper equipment, having the TV would be an easier and accessible option for the organization.

The budget was passed in a 9-0 vote with 4 abstentions. 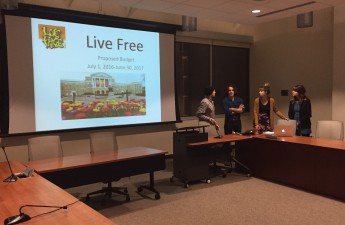 VETS Executive Director Caitlyn Levine began their presentation by highlighting the group’s focuses of providing primary sources, such as veterans with individual experiences, for class discussion and students with research projects. Levine said VETS aims to foster a social support network for incoming students and veterans while closing the gap and creating a better community for all.

After only spending $4,555.25 of their approved $8,176 for 2015, Levine said the main reason for the lack of spending was because the organization had two educational speakers cancel on them at the last minute. But she continued and said the group wants to use a “good chunk” of their advertising budget toward creating a website.

“We feel that making a website that is accessible to everyone is a more innovative way of advertising that will target the audience we’re looking to reach, which is students,” Levine said. “Moving toward a larger web presence as far as advertising will be beneficial.”

The group is also requesting $18,930 for salary funding, which Levine said, after taking into account the Associated Students of Madison’s wage increase, is the same as the approved amount for 2015.

The committee will decide on VETS’ budget at Thursday’s meeting.