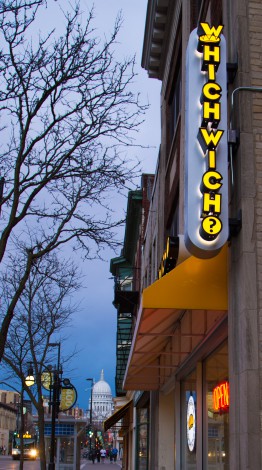 A Madison man was arrested for attempted theft after misidentifying himself and trying to steal from multiple State Street stores.

Monday morning just before 10 a.m., a 42-year-old man who called himself “Tim” walked into Which Wich on State Street claiming to work for a company that had detected a potentially dangerous malfunction in the freezer system. He flashed an ID badge and asked employees to wait outside while he investigated.

The employees left the building, but the manager continued to monitor the store cameras on her cell phone, where she discovered that “Tim” was investigating the cash register instead of the freezer system.

When the employees reentered, “Tim” pushed past them, announcing that everything was fixed. When an MPD officer began to investigate the incident, it was discovered that “Tim” had tried the same tactic at another State Street restaurant just before the initial phone call from Which Wich.