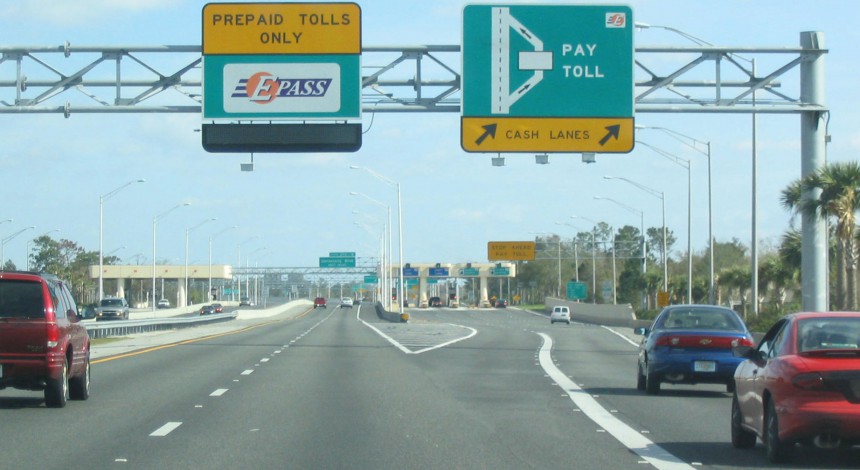 Wisconsin’s woes in finding adequate funds for transportation has some looking to tollways, but that option has many hurdles to clear.

That funding gap has leaders at the state and federal levels considering whether Wisconsin could turn to tollways to solve that funding gap.

The state, however, has to get permission from the federal government, an option U.S. Rep. Reid Ribble, R-Sherwood, is hoping to help with. Ribble recently drafted a bill that would allow all states to have tollways, but it failed to make it through the House Transportation and Infrastructure Committee.

States currently are not allowed to toll the federal interstate system, except some states that had tolls when the system was created were grandfathered in and can have tolls, Ribble said. His bill tried to expand that option to any state that chooses to have tolls.

“We wanted the federal government to empower states like Wisconsin to toll, if they wanted to,” Ribble said in an interview with The Badger Herald. “But that did not get through committee.”

Instead, the House Ways and Means Committee passed a pilot program last week to allow three trial states — Virginia, Missouri and North Carolina — to test the effectiveness of federal tolls over the next six years, Ribble said.

The state’s Department of Transportation, meanwhile, is exploring the tollways option as part of a widespread examination of transportation funding in the state, according to Patty Mayers, WisDOT spokesperson.

If Wisconsin wants to try interstate tolls, one of the trial states would have to opt out of the federal pilot test and Gov. Scott Walker’s administration would have to opt into it. But Walker has not advocated strongly for tolls, Ribble said.

“There’s nothing that would prohibit any governor in the country from tolling any road that they want under state control,” Ribble said. “They just cannot toll the federal interstate system without permission from the federal government.”

Dennis Dresang, a University of Wisconsin public affairs professor emeritus, said the best place to put tolls in Wisconsin would be on the interstates, which would essentially be an extension of the Illinois tollway.

Illinois is one of the few states that can toll interstate highways because they initiated the policy before the federal government made it almost impossible for other states, Dresang said.

Part of the funding problem, Petrowski said, has come from decreased revenues from the gas tax, as people are driving more fuel-efficient cars and electric cars. People might also not be driving as much or registering as many vehicles, another way the state gets transportation money, he said.

Building and maintaining roads, meanwhile, is getting more expensive, with concrete, asphalt, iron and steel costs all increasing, Petrowski said.

But Petrowski said while tolls might help solve some of the funding issues, the money Wisconsin would get would account for less than half of the funding shortfall.

“Some people think that [tolls] would solve our transportation problems, as far as not having enough money,” Petrowski said. “It would be helpful, but it would not solve the problem.”

Dresang said indexing the gas tax could be another source of revenue, an option Walker and many legislative Republicans have so far declined. That option would allow the gas tax to be adjusted as inflation costs go up, he said.

Tolls also could have potential unintended consequences, Dresang said, as drivers might find alternate routes to avoid the tollways, decreasing potential revenue for the state. But he said one benefit of tolls is most citizens think they’re reasonable.

“Most people think that that’s fair because it’s just being paid by the people who use the roads,” Dresang said.

Mayers said WisDOT expects the agency’s toll study to wrap up next November. The broader examination of transportation funding is due to the Legislature in January 2017, she said.