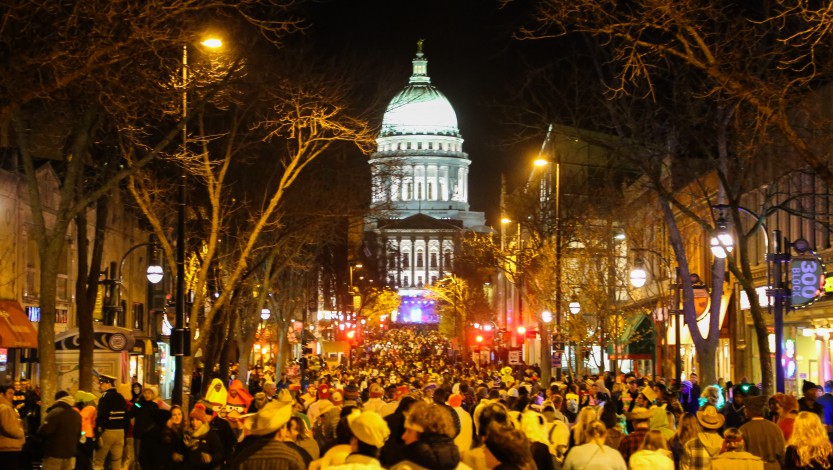 In its tenth year, Freakfest saw only nine arrests after gathering more than 34,000 people to party on State Street Saturday night.

MPD arrested nine people as of 1:30 a.m. Sunday, and only two of the nine arrested went to jail.

Most citations came as a result of party goers carrying open intoxicants on the street or violating the city’s glass ban, which calls for no glass containers on public property, regardless of the contents.

Most notable of the arrests, however, came when security confiscated a loaded handgun from a “drunken” man with a concealed carry permit who tried to enter the event.

The most significant injury of the night was a broken leg, which a woman sustained after falling off a curb.

MPD officers responded to several fights and there was no significant property damage.

All in all, MPD called the annual event a success.

No serious incidents thus far; thanks for keeping Freakfest safe and fun! pic.twitter.com/jL6xcxDsb8